A large asteroid to pass by earth on March 21, NASA says 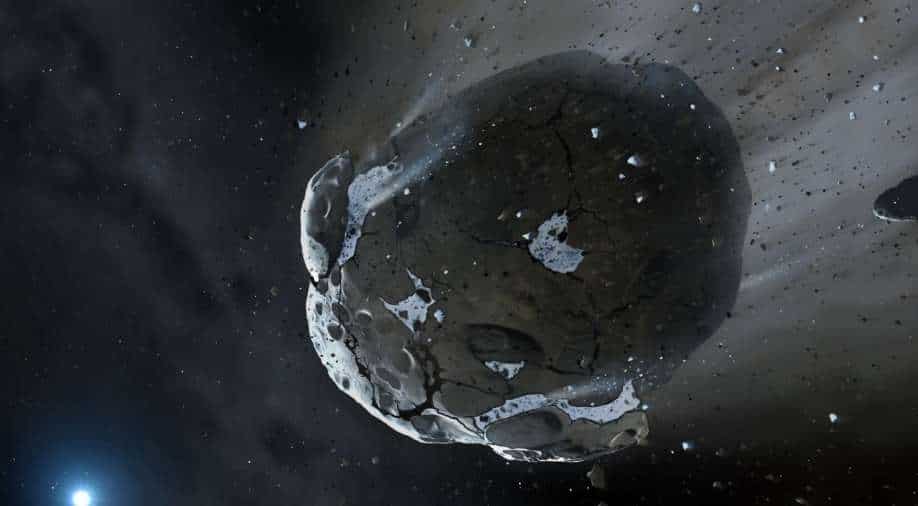 NASA will deliberately collide a spacecraft into an asteroid (representative image). Photograph:( AFP )

The largest asteroid to pass by Earth this year will approach within some 1.25 million miles (two million kilometers) of our planet on March 21, according to NASA.

The director of the Center for Near Earth Object Studies, to this end, said , "We know the orbital path of 2001 FO32 around the Sun very accurately. There is no chance the asteroid will get any closer to Earth than 1.25 million miles." That is roughly 5.25 times the distance of the Earth from the Moon but still close enough for 2001 FO32 to be classified as a "potentially hazardous asteroid."

NASA said 2001 FO32 will pass by at about 77,000 miles per hour faster than the speed at which most asteroids encounter Earth.

NASA said astronomers hope to get a better understanding of the asteroid's size and a rough idea of its composition by studying light reflecting off its surface.

"By studying the spectrum of light reflecting off the surface, astronomers can measure the chemical 'fingerprints' of the minerals on the surface of the asteroid," NASA said.

The asteroid will be brightest while it moves through southern skies.

NASA said more than 95 per cent of near-Earth asteroids the size of 2001 FO32 or larger have been catalogued and none of them has any chance of impacting our planet over the next century.