A dying star is forming rings around itself, confusing scientists 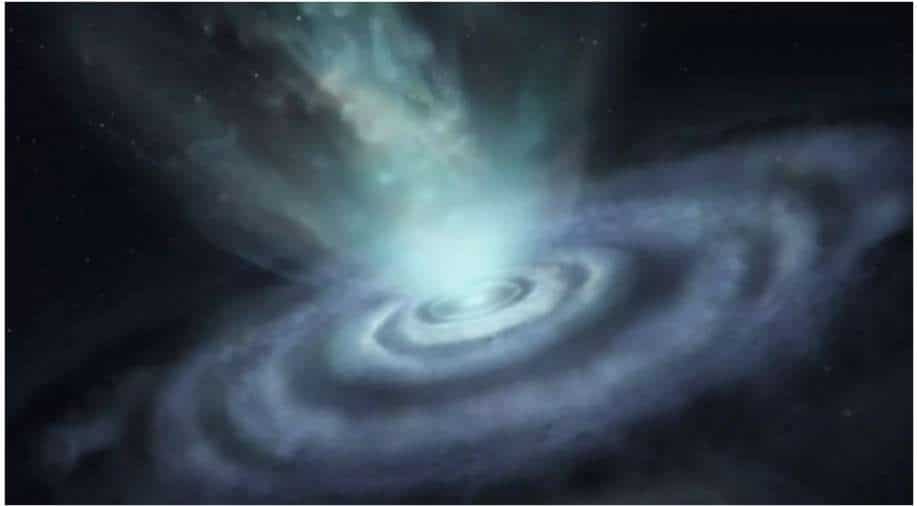 (Image: ALMA) Rendering of the actual star. Photograph:( Others )

The word 'supernova' means blast of a star. It occurs as the star dies. The process is quite violent. But a particular star is confusing scientists because it is literally forming rings around itself. The star is dying and its behaviour has made scientists question their own knowledge about death of a star.

The star in question is V Hydrae (V Hya). It is a carbon-rich red giant star. V hya is located in Hydra constellation about 1300 light years away from Earth.

This star is classified in the category of asymptotic giant branch (AGB) stars. Scientists are often curious about V Hydrae as it emits plasma in space every eight years.

In addition to this, the star is emitting stellar material every few hundred years and this is forming rings around the star.

A group of scientists have studied the star and published the study in the Astrophysical Journal.

"This is the first and only time that a series of expanding rings has been seen around a star that is in its death throes — a series of expanding 'smoke rings' that we have calculated are being blown every few hundred years. We have caught this dying star in the process of shedding its atmosphere — ultimately most of its mass — which is something that most late-stage red giant stars do. But much to our surprise, we have found that the matter, in this case, is being expelled as a series of rings," says Mark Morris, co-author of the study.

The researchers made use of Atacama Large Millimeter/submillimeter Array (ALMA) and the Hubble Space Telescope.