Microsoft Teams: Everything you should know about this new chat-based service 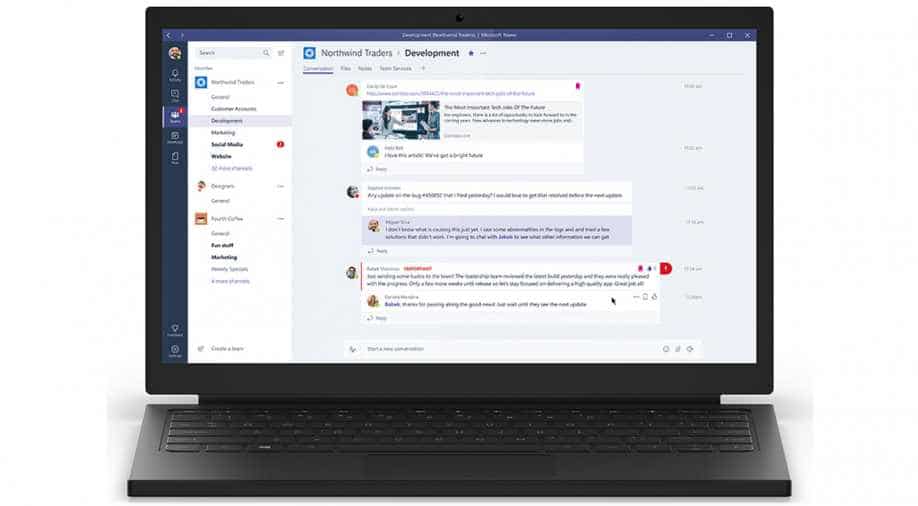 Microsoft Teams is the new chat-based workspace in Office 365. Photograph:(WION)
Follow Us

Microsoft has introduced a new messaging system - Microsoft Teams - which will take on the fast-growing Slack and Facebook’s Workplace. The new software will be part of Microsoft's Office 365 services, a cloud-based software suite that has more than 85 million monthly active commercial users.

Word, Excel, PowerPoint, SharePoint, OneNote, Planner, Power BI and Delve are all built into Microsoft Teams so that users have all the tools that they need at their fingertips.

"Microsoft Teams is an entirely new experience that brings together people, conversations, and content - along with the tools that teams need - so they can easily collaborate to achieve more," said Microsoft Office team corporate vice president Kirk Koenigsbauer in a blog post.

Aiming to create a modern-day digital workspace for teams, Microsoft has integrated threaded chats into the service to keep everyone engaged. While team conversations, by default, are visible to all members, there is also a way to keep discussions private. Besides, the company has also integrated Skype into Teams so that so users can start voice and video conferences right from there.

Microsoft Teams, which runs on Windows, Mac, Android, iOS and other web platforms. is available in preview in 181 countries. The new service is available to Office 365 commercial customers with enterprise or business plans, starting November 2. Its general availability is expected in the first quarter of 2017.

Microsoft's new offering Teams will directly compete with Slack, a three-year-old company that has become a leader in a crowded field of new applications aimed at helping workplaces move away from email.

Slack, whose customers include CBS, BuzzFeed, universities and the US government, had over 4 million daily active users in October.

Slack posted an online message welcoming Microsoft "to the revolution" and playfully advising the behemoth that getting the service right was tougher than it might appear.

"Wow. Big news! Congratulations on today's announcements," reads a message from the Slack team. "We're genuinely excited to have some competition."

Facebook, last month, also jumped into this segment with its Workplace application, aiming to leverage the popularity of the leading social network used by around 1.7 billion people.