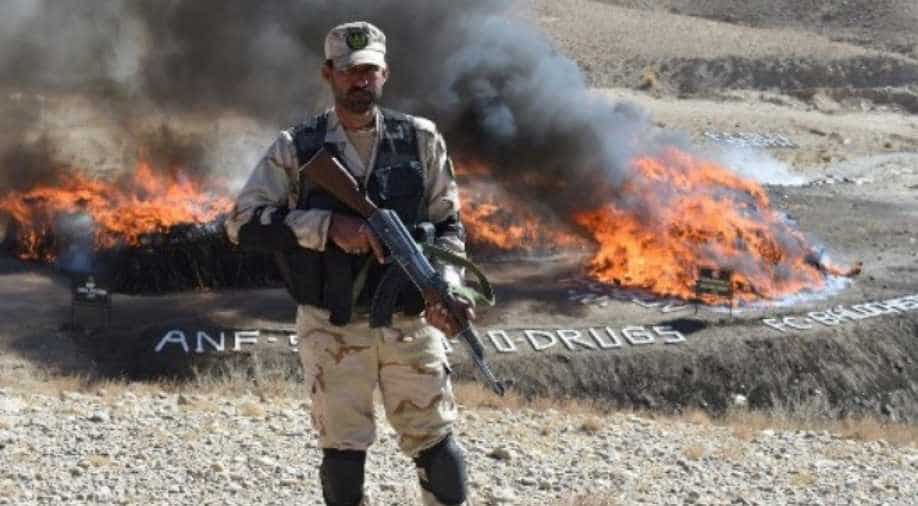 Nine tonnes of narcotics and 21.7 tonnes of acetic anhydride were set on fire at the 'Destruction Ceremony' on the outskirts of Karachi.

Pakistan destroyed narcotics and other smuggled contraband worth $21 million on Thursday, officials said, including a "historic" amount of a compound used to make heroin.

Nine tonnes of narcotics and 21.7 tonnes of acetic anhydride were set on fire at the 'Destruction Ceremony' on the outskirts of Karachi.

Another 60,000 bottles of contraband liquor and cans of beer seized by the authorities during the year were crushed by a bulldozer.

Acetic anhydride is used to process morphine into heroin and is subject to international control because of its critical role in the manufacture of heroin.

However, it is also used legally in the pharmaceutical industry (e.g. to manufacture aspirin) and also in the manufacturing of paints, plastics, polymers, and explosives.

The ceremony was originally intended to be held on January 26 on International Customs Day but was deferred due to unknown reasons.

Pakistan is a major conduit for drugs flowing out of its western neighbour, Afghanistan, which is the world's largest producer of heroin and a major producer of hashish.