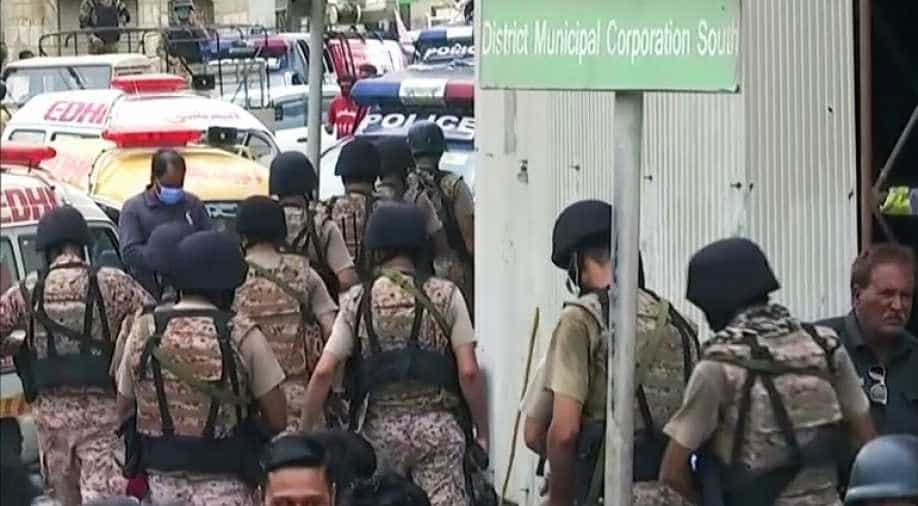 The Balochistan Liberation Army (BLA) linked Majeed Brigade claimed responsibility for the attack. The group is banned in Pakistan, the UK and the US.

The militants, who arrived in a car, opened indiscriminate fire and lobbed hand grenades at the main gate of the multi-storey building situated in a high-security zone as they tried to storm it, Geo News reported.

Armed with automatic machine guns, grenades and explosives, they tried to enter into the compound leading to the Pakistan Stock Exchange (PSX) building through a parking lot but security forces foiled their attack within the compound itself, Deputy Superintendent of Police (South) Jamil Ahmed said.

The Balochistan Liberation Army (BLA) linked Majeed Brigade claimed responsibility for the attack. The group is banned in Pakistan, the UK and the US.

The BLA has carried out several terrorist attacks in the past, including a suicide attack in August 2018 that targeted Chinese engineers in Balochistan, a November 2018 attack on the Chinese consulate in Karachi, and a May 2019 attack against Pearl Continental hotel in Gwadar, Balochistan.

A senior official of the Counter-Terrorism Department said that one of the militants was identified as Salman, who hails from Balochistan. PSX Managing Director Farrukh Khan said that the "number of people in the compound was lower than normal today as many people are still staying home due to the COVID-19". He said trading continued without interruption.