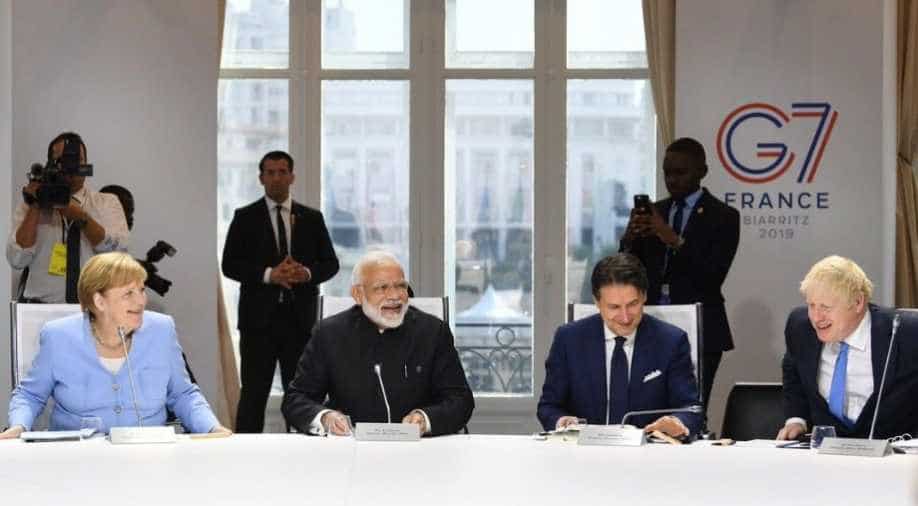 It is inconceivable that any group aiming to fight inequality should keep India and China out of it.

The G7 is, perhaps, the world’s most important grouping when it comes to economic management and development. It has been so for the last 44 years. These annual summits were begun to thrash out issues of economic importance. When it was created in 1975, the group was G6 -- with six countries that had the lion's share of the global economy.

Canada was included later. In the early years, the group attempted to strengthen democracy around the world, fight the closed-market the then-Soviet Union and East Bloc. Now its scope is broader. For instance, this year's G7 theme is “Fighting inequality”.

At the same time, over the decades, the group has lost some of its sheen as many key countries are not included. Thus, the G20 emerged as more important than the G7. It is inconceivable that any group aiming to fight inequality should keep India and China out of it.

Today India and China are among the top seven countries in terms of the world’s GDP share. Besides, there is a power shift with India and China demonstrating the potential to drive what is billed as the ‘Asian Century’. Decisions crucial to the global economy cannot be made by keeping India out.

The G7 needs to upgrade both its membership and mindset.

All major economies including the European Union nations and the US are seeking stronger trade ties and economic relations with India, which is now a magnet for rising foreign investment. India should be engaged as an equal partner by these developed nations in the interests of the global economy especially if its self-appointed leaders are serious about avowed objectives like “Fighting Inequality”.