Why the US is still losing Turkey 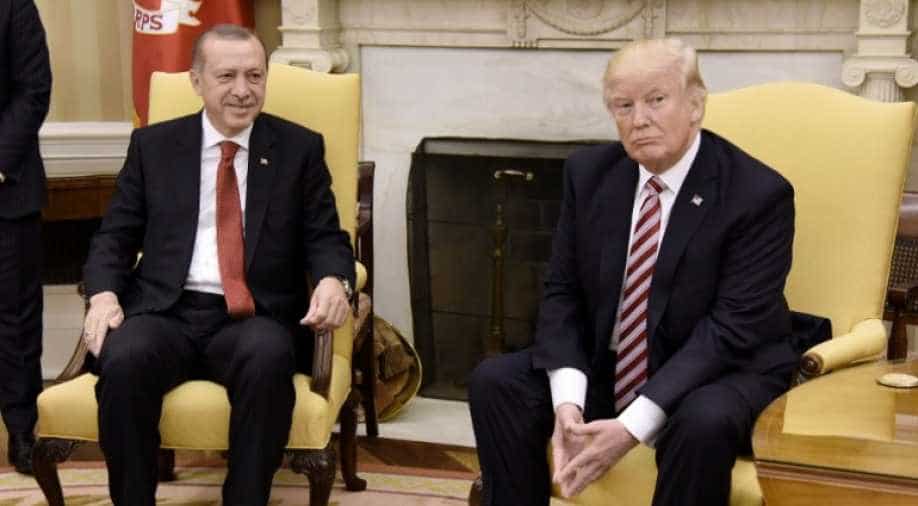 There’s one thing Turkey and the US can definitely agree on these days: Unreliability is now the bedrock of their relationship. It’s perhaps not surprising when the two powers are led by notably unpredictable men — US President Donald Trump and Turkish President Recep Tayyip Erdogan.

In the latest antagonism, Erdogan’s close adviser, Yasin Aktay, has spoken of the US as a “highly unreliable partner” due to its efforts to safeguard the Syrian Kurdish forces who have partnered with the US in defeating the Islamic State (IS) in Syria.

The criticism is a further illustration of the echo chambers in which diplomacy is being conducted at the moment. Far from seeking to reduce friction (the usual role of diplomacy), such statements are part of the new prickly nationalism that is everywhere in the ascendant.

The most glaring dimension of Aktay’s statement is its subjectivity. Trump’s announcement in December 2018 of the US troop withdrawal from Syria really did put America’s Syrian Kurdish allies in potential harm’s way, at the hands of the Turkish army. The recent move to safeguard that ally could be viewed, in fact, as reliability.

But of course, Atkay is speaking from within the echo chamber of Turkish politics. Within that chamber, the US has deserted its NATO ally in favour of a Syrian Kurdish militia with strong ties to the Kurdistan Workers’ Party (PKK) — a movement within Turkey designated a terrorist organisation.

His assessment discounts the fact that the threat from IS was very real. The US needed local allies on the ground in order to counter it. Indeed, it was a long time before the Turkish government decided to give the fight against the Islamic State the same priority that it gave the fight against Kurdish groups.

Yet the Turkish displeasure with its NATO ally is not all paranoia and blinkered Turkish nationalism. President Trump has been cavalier in his diplomacy within the international body. He has also been transparently shortsighted in his engagement with the Middle East.

In line with his “America First” policies, Trump was quick to single out IS as a grave threat to be addressed, largely because it had the capacity to impact America itself and American lives. Trump and his predecessor, Barack Obama, have been far less eager to address Syria’s civil war.

From the Turkish viewpoint, this looks a lot like abandonment. The war on its southern frontier has been highly porous. It has deeply impacted Turkey in terms of terrorist atrocities, refugee flows, political destabilisation, economic impact and the very real threat of escalation from the Assad regime’s allies, Russia and Iran. None of this seems to have moved the US greatly.

Every man for himself

The result is a zero-sum environment in which all the key actors have gradually amassed leaders who see the best strategy as entrenchment and national defence. This may have been led by Russian President Vladimir Putin — the past master of such tactics — but it has been a domino effect.

President Erdogan has veered sharply in the same direction ever since the start of the Syrian conflict in 2011. With the election of Donald Trump to the US presidency in November 2016, the world’s key superpower has followed suit. In the current dispute, the only real losers are likely to be the Kurds.

The reason the US government has so far stepped back from leaving the Syrian Kurds at the full mercy of other powers in Syria is not altruism. The Syrian Kurds merely offered the right guns for hire at the right time. But to drop them would hand valuable power to US adversaries.

In the cases of Russia and Iran, that would stick in the craw of the US administration. The irony is, as things stand, the other “adversary” who would clearly benefit is a country — Turkey — that is supposed to be an erstwhile NATO ally and a bulwark in the Middle East.

(Nathaniel Handy is a writer and academic)