Why MS Dhoni is the Roger Federer of cricket 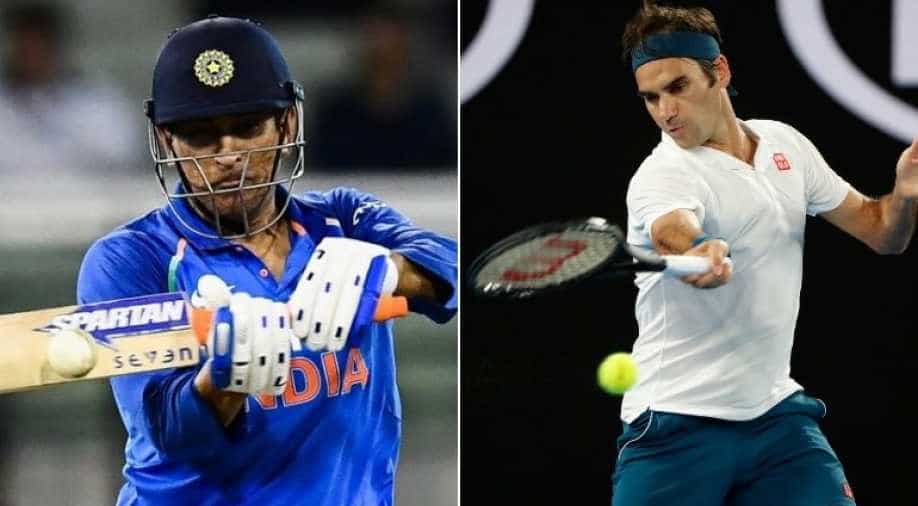 The similarities between the two greats are also strikingly similar - both men display ice-cool composure under pressure.

The day MS Dhoni retires we will remember him hitting "that six" which won India the World Cup against Sri Lanka at the Wankhede in 2011. However, Dhoni's retirement day is still sometime in the future as the last over victory at Adelaide in the last over is anything any proof - the first ball six in the final over was vintage Dhoni.

Amazingly, both Dhoni and Swiss tennis star Roger Federer were born within thirty days of each other in 1981(Dhoni on July 7, Federer on August 8). The similarities between the two greats are also strikingly similar - both men display ice-cool composure under pressure.

Dhoni's latest sixer to win the match for India in the last over is nothing new for the former India captain, just like Federer who is now enjoying his second coming in tennis as a "veteran", Dhoni too at 37 is in the twilight of his career - and playing the role of "mentor-cum-finisher".

Both Kohli and coach Shastri have backed Dhoni to the hilt as "experts" kept harping that Indian wicketkeeper-batsman had lost form and confidence, unruffled the Jharkhand batsman hit two powerful half-centuries in the first two matches against Australia and topped it with another one at Melbourne.

Critics who say Dhoni must quit have to just look at his contribution to Team India, the "gentleman" as Gavaskar called him, stands behind the wicket for full 50 overs in the Australian heat which is at its peak this summer and then comes out to play match-winning innings - India cannot ask more from one man, fans ask for the moon and Dhoni often in his inimitable style delivers.

Federer had recently said he understands his physical condition best, on some days his coaching staff allows him to train hard and on others days he takes it easy allowing him to bring out his best game in crunch matches. Dhoni is quite similar. The Indian ODI wicketkeeper is still keeping the 21-year-old Rishabh Pant at home while he fights exhaustion and pressure to deliver for India.

The records too speak for itself, the ex-India captain has played 334 ODIs so far scoring 10 centuries at a stupendous strike rate of 87. Interestingly, it is not the strike rate or the runs but consistency - averaging 50.4 per innings sets Dhoni apart from any middle or top order batsman in a long span of 14 years of pressure cooker cricket.

As Gavaskar said "please leave the gentleman alone", it is time Indian fans and critics followed his advise. Dhoni must be allowed to go on his terms because once he retires "captain cool" will be hard to replace.