Why Erdogan had to act on Khashoggi killing 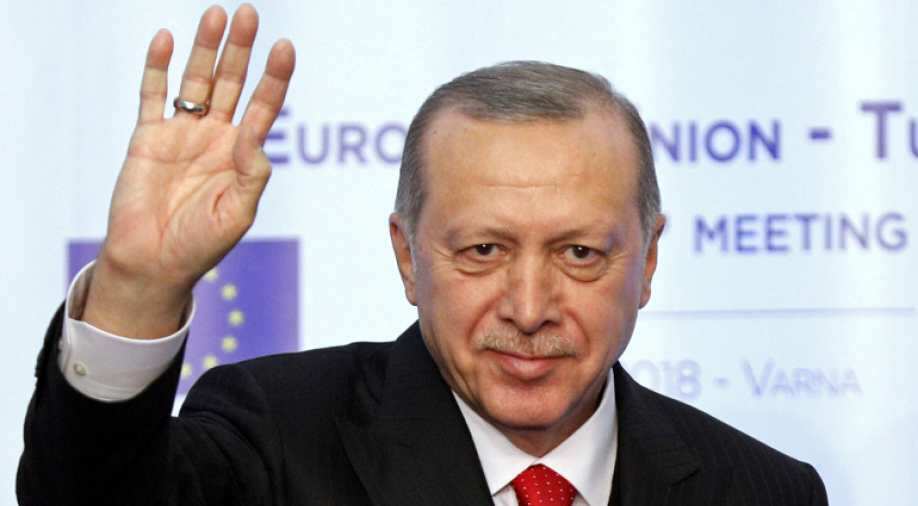 The Khashoggi affair played right into Turkey’s hands in the wider struggle for control of the Middle East.

President Recep Tayyip Erdogan of Turkey is once again back, center stage. The question this time is what he is doing there. The murder of journalist Jamal Khashoggi has all the hallmarks of the dark side of the modern security state. But the affair was largely a story about Saudi Arabia and, to a lesser extent, its eternal ally and superpower benefactor, the United States.

The mix was that the whole affair played out on Turkish soil (if we exclude the soil beneath the Saudi Consulate). Until October 23, Erdogan remained tight-lipped. This is not surprising. Political elites are usually cautious when such intelligence and security activities spill into the public domain.

But this was an earthquake everyone knew was coming. You could hear the clock ticking. Why? Because — drip, drip drip — the leaks kept coming. Daily, the pro-government Turkish press was teasing out a story that the Saudis were clearly desperate to brush under the carpet. It was plain that more was going on here than met the eye.

There was speculation that such leaks were a warning from President Erdogan to the Saudi regime that Turkey could blow the story, but could also refrain with the right incentives. If so, were the incentives not forthcoming? Or was the plan all along to bleed Saudi Crown Prince Mohammed bin Salman’s regime dry?

Do nothing and be damned

Let’s look at this from the Turkish government’s perspective. It mostly likely bugged the Saudi consulate. It had ample CCTV footage. It knew what had occurred, who had been involved and how. It could have said nothing, just like the Saudis. Just like what usually happens in such cases — especially in the open-ended case of a journalist who went missing.

But then, how likely was this story to stay hidden? Khashoggi didn’t go missing in Saudi Arabia or even in some non-descript hotel or apartment. He went missing — as his Turkish fiancée made clear — inside the Saudi Consulate in Istanbul. Given such circumstances, Ankara may well have calculated two things: Either the story would surface, or even if it didn’t, it would look so dirty as to leave a bad stain on anyone vaguely connected with it — including the Turkish authorities.

It’s reasonable to question at this point why the Saudis even executed such a brazen and thinly disguised plot. Fifteen intelligence and security men flown in overnight — several with close ties to the crown prince — and whisked away again just after Khashoggi’s disappearance. It’s like they were asking to be held to ransom by Turkey. Was this an inept operation or simply the action of a regime that didn’t expect to be closely scrutinized?

Whatever it was, for the Turkish government, the calculation seems to have been clear. This was an opportunity to be on the right side of the story. Not even President Erdogan’s enemies could outmaneuver him here. To the charge of playing politics with a journalist’s murder, the answer is simple: What would you have me do — conceal a crime when we have the evidence? To do so would simply put the Turkish president on par with the despots of the Middle East, and he knows it.

This was — at last — an opportunity not to be missed. Events have not been kind to Erdogan of late, but here was a gift. This is a situation in which the Turkish president perhaps feels vindicated after all the moral outrage that has been thrown at him from outside powers. It is a situation that plays out in two spheres: the Middle Eastern and Muslim world on one side, and the Western world on the other. In both, it plays well for Turkey.

Since the days of Turkey’s soft power outreach in the Middle East, prior to the Arab uprisings of 2010-11, the Turkish government has vied with Saudi Arabia for the mantle of leader of the Sunni world, if not the wider Muslim world. Such rivalry appeared to have been somewhat eclipsed by the Syrian Civil War, which turned Saudi Arabia and Turkey into potential allies against the Iranian backing of Shia regimes in Syria and Iraq.

But look more closely and this was never the case. Erdogan, with his close affinity to the Muslim Brotherhood, was never in the Saudi camp. The apparent triumph of political Islam during the early days of the Arab uprisings was a triumph for Turkey and Iran, not for Saudi Arabia. It was the Saudis who gave the nod to the 2013 coup d’état in Egypt, removing the Muslim Brotherhood from power after then-Prime Minister Erdogan’s high-profile visit and endorsement of the Brotherhood.

For all the ambiguities of the Turkish-Iranian relationship, the Saudi-led assault on Iranian interests, the blockade of Qatar in 2017, and the drive toward an American-Israeli-Saudi understanding over Palestine and the future Middle East order is an attack on political Islam and a threat to Turkey. In all these Saudi actions, Ankara has been a robust critic and supporter of the opposing side. President Erdogan has also been a steadfast champion of the Palestinian cause, in particular that of the beleaguered Hamas in the Gaza Strip.

A boost to Turkey's moral standing

Given the erratic nature of the Saudi regime under Mohammed bin Salman’s guidance and its apparent willingness to raise stakes and tensions across the region, it seems somewhat surprising that they were not expecting some mudslinging. Yet in the grand scheme of things, that may not have seemed so bad. After all, the Khashoggi affair appears to have had negligible impact of the popularity of the crown prince at home. In fact, his agenda of social liberties for the middle classes is having the converse effect. It is dampening dissent.

What’s more, in the regional power struggle that has been laid bare by the Arab uprisings, power matters more than popularity to the Saudi regime. Saudi Arabia is an autocratic monarchy. The Saudis are also the key US ally, and that is their ace. Erdogan is a political figure of a very different type. He is a populist, elected to his office. He is instinctively against the US system of autocratic alliances in the Middle East, and he knows he has popular support in that.

The Khashoggi affair will not bring the Saudis to heel. That’s because, as Ankara well knows, its Western backers and arms suppliers will very soon find ways to circumnavigate the awkward moral questions surrounding the murder, as they have so many other moral questions in relation to Saudi Arabia. That is not what motivates President Erdogan. What motivates him is the opportunity to lead in the region, to take the moral high ground that lies so vacant, and in doing so to expose the Saudis and their Western backers to the popular verdict.

(Nathaniel Handy is a writer and academic with over ten years of experience in international print and broadcast media.)