Venezuela: US sanctions hurt, but the economic crisis is homegrown 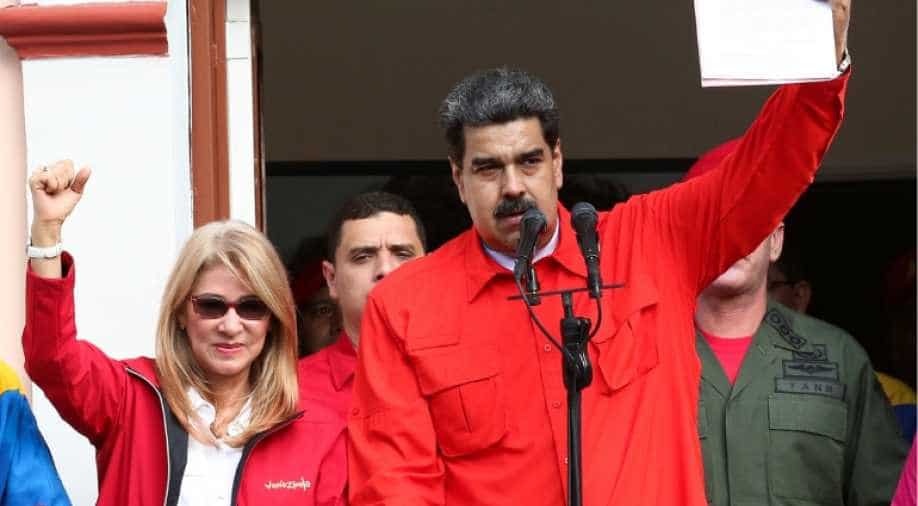 For the majority of Venezuelans, ideological epithets pale in comparison to the economic impact they are experiencing in their daily lives.

There appear to be two distinct responses to the current crisis in Venezuela. Either an authoritarian regime (led by Nicolás Maduro) is clinging to power against the wishes of popular forces arrayed around the new self-declared interim President Juan Guaidó. Or Venezuela is facing a coup backed by US imperialism with clear designs on the country’s huge oil reserves.

As with most complex situations, neither of these narratives fully captures what is going on. Indeed, for the majority of Venezuelans – thousands of whom have again taken to the streets across the country in peaceful demonstrations – ideological epithets pale in comparison to the economic impact they are experiencing in their daily lives.

Many face hunger, seeing family members flee the country (upwards of 3m have left the country) and rampant hyperinflation (predicted by the International Monetary Fund to reach an astronomical 10,000,000 per cent in 2019).

And make no mistake – despite the much publicised US sanctions, the economic crisis in Venezuela is homegrown. The government’s attempt to set prices for basic goods, maintain currency and exchange controls and regulate profits has decimated domestic production.

It has also strengthened black markets and encouraged the smuggling of everything from meat to nappies over the border with Colombia – a trade which has become an everyday survival strategy for thousands of Venezuelans.

Maduro’s government has been peddling the line of “economic war” for over four years. It even denies inflation actually exists, while printing more money to pay for increases in a minimum wage that doesn’t even cover the cost of a dozen eggs.

In a recent television interview, Maduro blamed the supposed economic war when asked about a rate of 3 per cent inflation per day in 2018. He also expressed a willingness to hold talks with his political rival Guaidó – while also somewhat ominously stating that 50,000 civilian militia members with access to weapons were on stand by to “defend the peace”.

Sanctions that have been in place since 2017 have exacerbated the economic crisis but were not successful in an attempt to force Maduro out of power. Yet, paradoxically, the very public US backing of Guaidó has increased the plausibility of Maduro’s claim – because with added sanctions now in place designed to restrict food supplies and oil equipment, that economic war has become very real.

The fact that this is a homegrown crisis is not lost on the people taking to the streets. So it can seem surprising that some angry Venezuelans don’t welcome internationally supported regime change. Still, others maintain steadfast supporters of “Chavismo” – the political movement named after the late president Hugo Chávez, Maduro’s predecessor. “Chavismo” still carries significant weight among activists anxious to defend “la patria” (the fatherland) from any external intervention.

Let’s take one salient example. The agricultural commune “El Maizal”, located between the states of Lara and Portuguesa, is perhaps the most successful worker-run cooperative still struggling for their vision of 21st-century socialism. While extremely critical of the “corruption, bureaucracy and clientelism” that pervades the government, the commune’s Twitter feed expresses the militant sentiment of a people prepared to rise up against the perceived threat of “Yankee imperialism”.