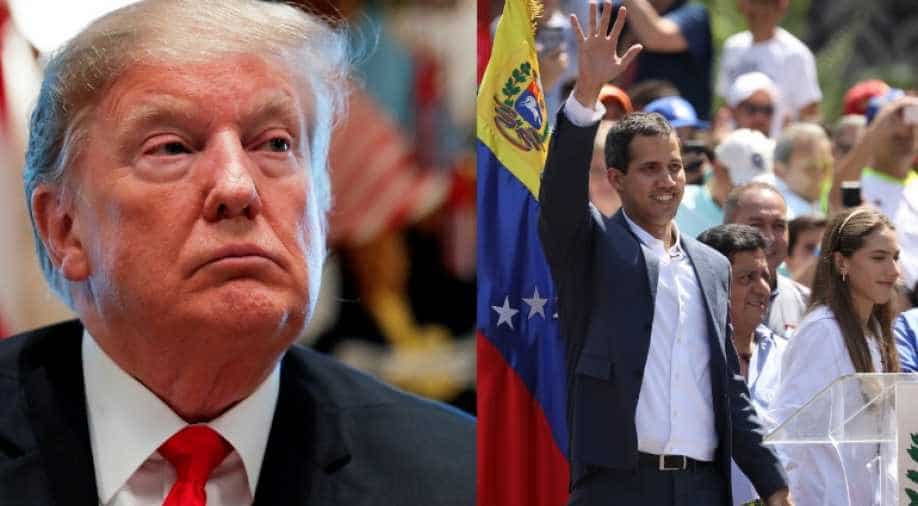 Given the 'big power play' in Venezuela – the world's largest petroleum producer – it is, no coincidence that the protests in Caracas have overshadowed the Yellow Vest protests in France.

It's a topsy-turvy world. President Emmanuel Macron's France can recognise Juan Guaido, who is leading the protests in distant Venezuela, as “Interim President” of that country. But Italy's Deputy Prime Minister Luigi Di Maio cannot meet “Yellow Vest” protesters demonstrating on the streets of Paris.

Why is the recognition of protests acceptable in the case of Venezuela but not when it comes to France?

Because the West led by the United States and its camp followers in Europe say so. This is the so-called “international community” known for its duplicitous standards.

When it comes to bleeding or browbeating a developing country the developed industrial nations of the North band come and set aside their own differences, divisions and disputes. They also find collaborators among poorer southern nations willing to strike against one of their own. Which explains Venezuela's neighbours acting as columns of the US, which is out to topple President Nicolas Maduro; and, as a step towards this, has recognised Guaido as “Interim President”.

What happened in Venezuela?

On January 10, President Maduro began his second term. The next day, Guaido, who is also National Assembly President, declared himself “Interim President”. A week later thousands came out to root for Guaido; and, on January 19, there were violent clashes between supporters of Maduro and Guaido. The army was incited to revolt. However, the Maduro government put down the mutiny even as protests escalated in the capital Caracas.

In the last one month, all efforts to unseat Maduro – from propping up Guaido, his recognition by powerful nations barring Russia, China, India, Iran and Turkey to inciting the armed forces, imposing sanctions, squeezing Venezuela economically, denying the country food and medicines and funding protests – have failed. The US-led community is certain to keep at it till Maduro goes, for South America has been its backyard where its chosen dictators have ruled the roost for the last 100 years.

Those opposed to US-led interference and regime-change in Venezuela have taken the stand that it is for Venezuela to resolve its internal issues. Given the 'big power play' in Venezuela – the world's largest petroleum producer – it is, no coincidence that the protests in Caracas have overshadowed the Yellow Vest protests in France.

The protests in France began on November 17, almost two months before the eruption in Venezuela. A move to hike fuel prices drew more than 300,000 people across France to protest by raising barricades, jamming streets and blocking roads.

Soon the protests, which were not to any script and had no leadership, swelled into a movement where the demonstrators clashed with the police. The violent police crackdown – said to be the worst in 40 years -- has been likened to that unleashed upon students during the 1968 revolt.

President Macron's handling of the protests was repressive and inept. He promised to hold back on the proposed fuel tax and called for a national debate on economic issues. The debate was a flop. His promise to hike wages and pensions did not staunch the tide of protest.

A few days ago, some 12 weeks after the protests began, France passed the anti-hooligan law to suppress the yellow vest protests. The police have been given enormous powers to pick out trouble-makers from demonstrations. Local authorities can ban individual protesters. And, protesters have been banned from hiding their faces.

The passing of this draconian law was dubbed as a “Black Day” for French democracy. President Macron, once hailed as the harbinger of change in France and Europe, proved that he is as intolerant of dissent and protest as Latin American dictators. It is hardly surprising then that President Macron approval ratings are the worst even; and, France's annual growth rate is the worst in over two years.

Yet President Macron recognised Venezuelan protesters leader Guaido as “Interim President”.  Can other countries follow the French example and use the same argument to talk to the Yellow Vest protesters?

Apparently not. France recalled its ambassador to Italy because Italian Deputy Prime Minister  Luigi di Maio met leaders of the Yellow Vest movement. Earlier France, which is now interfering in the affairs of Venezuela (in the footsteps of the US), had warned Di Maio that "this new provocation is unacceptable”. After his meeting with the protesters, Di Maio, leader of Italy's populist Five Star Movement, tweeted "The wind of change has crossed the Alps".

Italy's ruling coalition, which includes the Five Star movement, is divided on Guaido. Di Maio has not only stopped the Italian government from backing Guaido but also scuttled the European Union from taking a joint position in support of Guaido. Venezuelans of Italian origin are a large and influential group in the South American country.

It is surprising that the EU, which is divided on a host of issues from migrants and refugees to human rights and trade, should be one when it comes to ganging up against Venezuela. And, see it as an opportunity to get on the right side of US President Donald Trump despite disputes and differences that have kept the trans-Atlantic partners far apart in recent years.

( Disclaimer: The opinions expressed above are the personal views of the author and do not reflect the views of ZMCL.)