Uttar Pradesh: A cakewalk for none 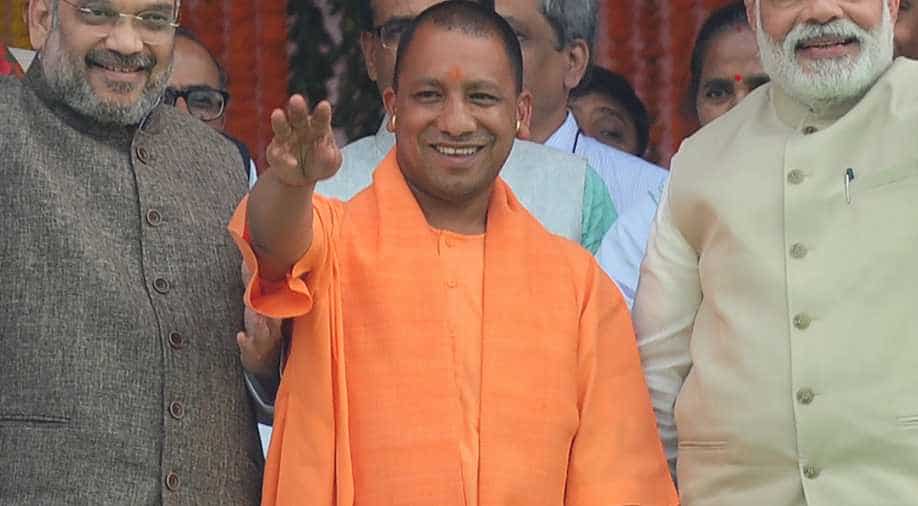 In this article, we look at eleven key factors which will determine the results of UP in 2019.

Mayawati and Akhilesh have sealed the deal for the state of Uttar Pradesh (UP) which sends the highest number of Members to Parliament. BJP swept the state in 2014 riding on Modi wave and its development agenda trumping caste politics. Opinion polls predict heavy losses for BJP in the state. In this article, we look at eleven key factors which will determine the results of UP in 2019.

Transfer of votes without leakages: The success of any alliance depends upon the ability of partners to transfer their votes to each other with limited leakages. While in Bihar in 2015, a similar Mahagathbandhan (MGB) of Lalu, Nitish and Congress succeeded in doing so, in UP, alliance of SP-Congress failed to shift votes to each other in 2017. An informal alliance of SP and BSP for three bypolls succeeded vote transfer in bypolls last year.

Management of rebels: SP and BSP contested separately in 2014 and on an aggregate fielded 158 candidates. Almost half of these candidates (82 out of 158) will be denied tickets this time due to an alliance. Both parties will have to put in a lot of efforts to quell rebellion and reduce the impact to minimum levels. Uncle Shivpal’s party and even Congress could accommodate such rebels.

Ram Mandir & reverse polarisation: The Mandir issue is hot currently with RSS and other Hindu organisations. UP CM Yogi Adityanath has many times reiterated that bhavya Ram mandir will be built in Ayodhya. In such an environment, any attempts to consolidate the minority vote by MGB in their favour could be counter-productive and unify the Hindu votes towards BJP.

Voting preference of non-Jatavs: The prime reason for decline in BSP’s influence in UP has been that it is losing support of its core vote bank of Dalits. They account for 21 per cent of the population; Jatavs (Mayawati’s caste is 12-14 per cent) and non-Jatavs (7-9 per cent). The support of non-Jatavs which was 64 per cent for party in 2009 declined to 30 per cent in 2014. BJP emerged as the choice for 45 per cent of non-Jatavs in 2014 as they were unhappy with Jatavisation/ Brahmanisation of BSP.

Voting preference of non-Yadav OBCs: OBCs account for 40 per cent of the state’s population. Yadavs (10 per cent) have been backing the SP while non-Yadavs (29 per cent), including Kurmis, Lodhis, Patels mostly supported the BJP till the time Kalyan Singh was there in the party. After his exit in 1999, the party lost the NYOBC votes to SP-BSP. From 43 per cent in 2002, support of Kurmis/ Koeris for BJP declined to 20 per cent in 2009. The fact that Modi belongs to the OBC community, strategic alliance entered with Apna Dal and disenchantment of non-Yadavs with SP due to their neglect led to massive consolidation in favour of BJP (60 per cent) in 2014.

How many sitting MPs are denied tickets? Modi and Shah follow a unique model to curb anti-incumbency. Today there is BJP government at the Centre, in the state and in many local bodies. So, the party has to face what I call triple anti-incumbency. To negate the impact of this, the party usually denies tickets to 30-40 per cent of its existing MPs/ MLAs. In the three state elections held recently, the number was between 25-30 per cent. In MCD elections, all corporators of BJP were denied tickets.

How seriously Congress fights in UP & Priyanka factor: After being snubbed, the Congress has declared it will contest all 80 seats and has made Priyanka in-charge of East UP. She is expected to contest from Rae Bareli. This has enthused the party cadre. The Congress bagged 7.5 per cent vote share in 2014 in peak Modi wave, winning two and finishing second in seats. It also has influence in urban areas and enjoys support from section of upper castes, Muslims and Dalits in the state. If SP, BSP, Congress and RLD had contested together they would have won 57 seats in 2014 instead of 41 if only SP and BSP contested together.

Impact of smaller parties: Smaller parties have traditionally recorded 10-15 per cent vote share in UP. They are community-specific parties like RLD (Jats), Apna Dal (Patel’s), SBSP (Rajbhar), Nishad Party (Mallah) etc. BJP entered into strategic alliances with Apna Dal and SBSP in central and state polls to get the community votes and make inroads. Both allies are unhappy with BJP and posturing for more tickets this time around. Nishad Party is likely to get two seats from MGB quota.

Ability of MGB to manage contradictions in its vote blocks: It will be difficult for a section of SP and BSP cadre to accept each other as allies forgetting their bitter past. Many Dalits have borne the brunt of violence/torture by powerful OBCs.

How does development vs caste politics pan out? In 2014, BJP was able to convert the caste-ridden politics of the state into a narrative of nation-building and got support from all caste/class groups. As AK Verma opines in NES 2014, “This victory signalled a paradigm shift in voter behaviour, with a preference for good governance and development pushing out the identity politics of caste and community.” Whether MGB takes it back to caste politics, remains to be seen!

To sum up, in 2019, voters of UP will evaluate the performance of the Modi government. MGB will try to convert this battle into an ‘agadey vs pichadey’ fight. An interesting battle on the cards with many layers.