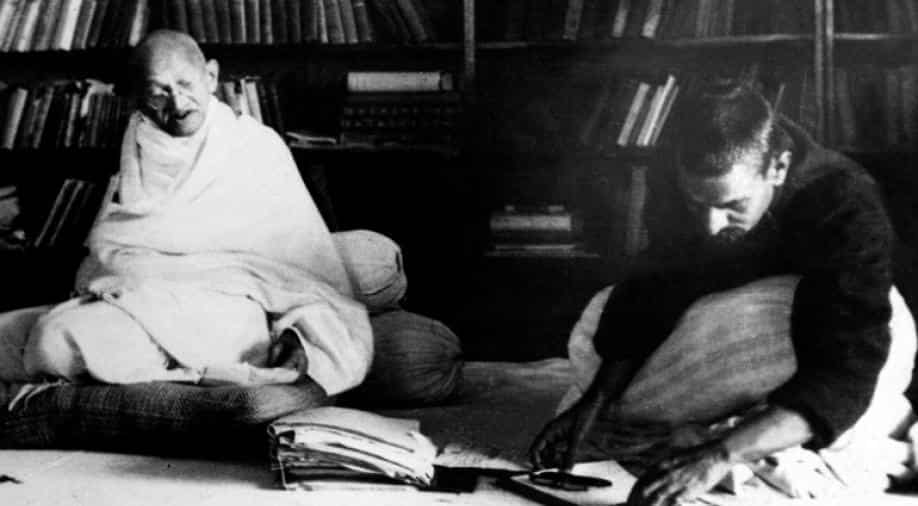 Politicians have different reasons to imbibe him, but the truth is that Gandhi will be seen differently by people at different points of time.

Remembering Gandhi has turned into a political contest between liberal parties and RSS-BJP combine in India. Unlike in the past when RSS stayed away from open appropriation of Gandhi, the Congress and other like-minded parties did whatever they wanted to do with the national icon.

In my observation, he got confined to classrooms and the lecture circuit. Gandhi ended up becoming a political tool for the protection of political constituency which he made during his lifetime but was inherited by existing leadership of the Congress Party.

Narendra Modi’s appropriation of Gandhi with his Swachh Bharat campaign opened the pandora’s box. It resulted in an intense debate on who owes Gandhi? Can RSS even appropriate Gandhi? Does RSS even have the right to appropriate Gandhi when it was intensely opposed to Gandhi’s worldview of the nation, faith, religion, and freedom struggle. In fact, it is an open secret that the RSS stayed away from Gandhi’s call of the Quit India movement. The ideologues of RSS and Hindu Mahasabha like VD Savarkar were intensely opposed to Gandhi. Even in the recent general election, BJP fielded Pragya Singh Thakur who openly praised Nathuram Godse. The question then arises as to how the pendulum has swung the other way and how come the Indian ‘Right’ has appropriated a part of Gandhi.

The biggest battle of RSS has been the charge that their ideology was complicit in the assassination of Gandhi. The charge was that even if Godse was not part of RSS, he represented RSS’s hatred towards Gandhi. What happened post-2014 elections, turned things upside down. Modi not only identified Gandhi as the icon for Swachh Bharat but turned it into a public connect event. It led to the participation of children and civil society groups and re-imagination of Gandhi which was not associated with the tense relationship of Gandhi with RSS during India's Independence and partition.

The best critique of this approach did not flow from Modi. It started from films like Munna Bhai MBBS and the Anna Hazare agitation. The former imagined Gandhi in the context of love, violence, and sense of coolness and the second movement was about corruption in public life. The truth was in everyone’s face. Gandhi is not an end-to-end programme like Apple. You can appropriate what you like, and you would not be labeled a heretic. The beauty of Gandhi is that his philosophy is like an open source software which has demonstrated the ability to absorb new trends again and again.

It is for this reason, the debate on who owes Gandhi is meaningless. If you can follow any aspect of Gandhi, it is enough as it is not mandatory to be him or follow him in toto. Politicians have different reasons to imbibe him, but the truth is that Gandhi will be seen differently by people at different points of time. This re-interpretation of Gandhi must be allowed. Whether people find BJP’s move genuine or not will be decided by the electorate, but it is foolish to grudge Narendra Modi that he has wiped the worst stigma around RSS and that being their ideology behind the assassination of Gandhi.

Unlike other parties, Modi did not participate in the lecture circuit. He took to the broom and here lies the answer as to why historical figures and their legacy cannot be cast in stone. Their legacy will always be seen in the context of present circumstances. Today, plastic and waste makes society anxious. It connects rich with poor the way Gandhi’s Dandi Yatra connected every Indian when the Mahatama picked up the issue of salt satyagraha. By taking up the issue of sanitation and the problem of plastic, Modi has taken a leaf from Gandhi’s political campaign tool.

Social problems can only be resolved through public participation. A participation that does not disrupt life dramatically but even a minimum contribution allows a sense being part of a bigger deal. This was the beauty or one of the beauties of Gandhi’s philosophy. It is in play even today. Let’s not grudge who appropriates him and how is in play today.