Themes of 2019: Looking back at the year gone by 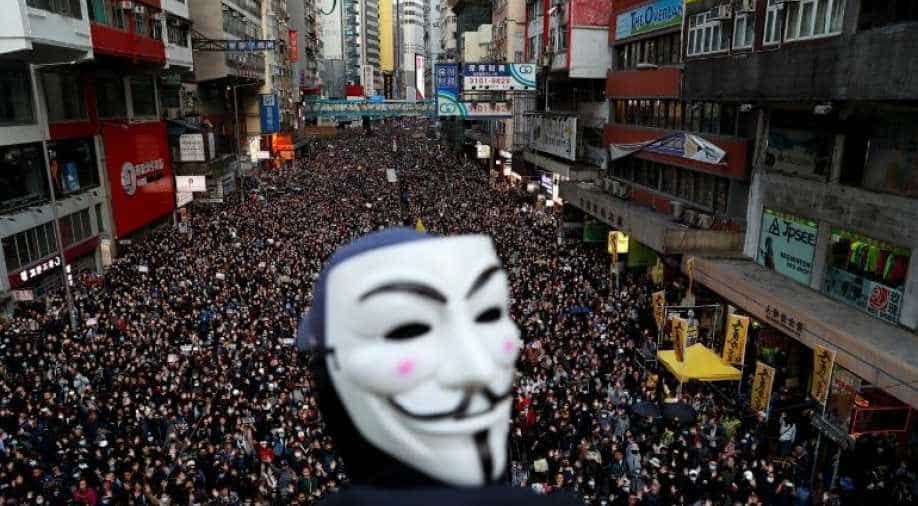 As the year ends, we can only hope for better sense to prevail, for governments to listen to their people, for leaders to talk to and not at each other

Different stories of 2019 can be strung together in some common threads. This was the "new normal" of the year gone by.

If there's one headline from 2019 that Xi Jinping would like to undo, what would it be? "Taiwan should follow the Hong Kong model." That's what the Chinese President said on January 1, 2019. Unification is the goal, he said, and Taiwan should take a cue from Hong Kong. He spoke 6 months too soon. In June, Hong Kong began protesting, and by the time the year ended, the people of Hong Kong had mounted the biggest political challenge to Xi Jinping's authority. The government tried every trick in the book, from riot charges to half-concessions, inked water canons to police batons, but couldn't break the spirit of the people. The might and the arrogance of the dragon had been defeated.

The theme played out over and over again this year. France, Russia, Britain, Serbia, Ukraine, Bolivia, Brazil, Chile, Colombia, Peru, Venezuela, Lebanon, Sudan, Iran, Iraq, India - across the globe people stood up to the powers that be.

In some cases they defeated their governments, in others they burst the bubble of invincibility.

If you want to keep a secret, you must also hide it from yourself. Prophetic words of George Orwell. Because as he predicted, the Big Brother is watching you. From your phone to your car to your CCTV, everything can and is being hacked. Your choices are being manipulated. Your opinion is being infected. Your activities are being tracked, your movements are being mapped. You are nothing but a source of data, to be sold with or without your knowledge. 2019 has proved that privacy is a myth in the digital age. Data is the lifeblood and the internet is the tool that governments can weaponise to incapacitate dissent. We talk about a future with smart cities. Cities that can be switched off with the push of a button or the swipe on a screen. Technology is a beast we're learning to both ride and control. Good luck to us.

Snowstorms, hurricanes, heatwaves, wildfires - thousands of lives and billions of dollars lost. Climate change is no more a distant concept restricted to academic circles. It's a clear and present danger. It's striking as we speak. What is the world doing about it? Disagreeing. Climate action was to 2019 what human rights were to the years before. Everyone makes the right noises, few make the right moves. So one Swedish teenager decided to bunk school and turned it into a global movement. World leaders discredited her, called her names, were condescending. They were met with a cold glare. Tens of thousands of young people across the world demanded that the decision-makers of today secure their tomorrow. It's work in progress. There's a long way to go. But this was the year when a decisive start was made.

Diplomacy is the art of letting someone else have your way. Diplomacy is to do and say, the nastiest thing in the nicest way.

2019 threw these lines out of the window. Diplomacy landed on twitter and was shot dead by angry tweets. Heads of states called each other names. Summits were fixed and junked on social media. Leaders Facetimed and bromanced in public instead of going through the inordinately long handshakes with measured smiles and cameras shuttering. They were caught on camera gossiping. They were caught online reprimanding others in shouty capitals. Conversations that were once bound by convention and peppered were pleasantries were replaced by unbridled bickering. There are no closed doors in the age of social media and tweet-happy diplomats. Log in to see all the dirty linen.

The rise of the right was last year's story. This year, those who rose insisted they were right, whether you liked them or not. The men (no women in this list) who rule some of the biggest countries in the world - America, India, China, Russia - are all perceived to be bigots. A more politically correct word is majoritarian. The pushers of populist agendas. The upholders of majority interests. The conquerers of liberal forces. Despite the criticism, many of them have emerged victorious in elections and have won bigger mandates. Their politics and its success is a reflection of the countries they lead. Countries where the majority believes it's been shortchanged for way too long. Now the majority is going for its pound of flesh. There's bloodshed, but that's collateral damage. Unsolicited advice - majority rule doesn't have to majoritarian. Let's make room for everyone.

As the year ends, we can only hope for a healing touch, for better sense to prevail, for governments to listen to their people, for leaders to talk to and not at each other, for technology to be tamed before being tested on us, for the young to be optimistic about their future again, for more action and sweeter words. Happy new year!