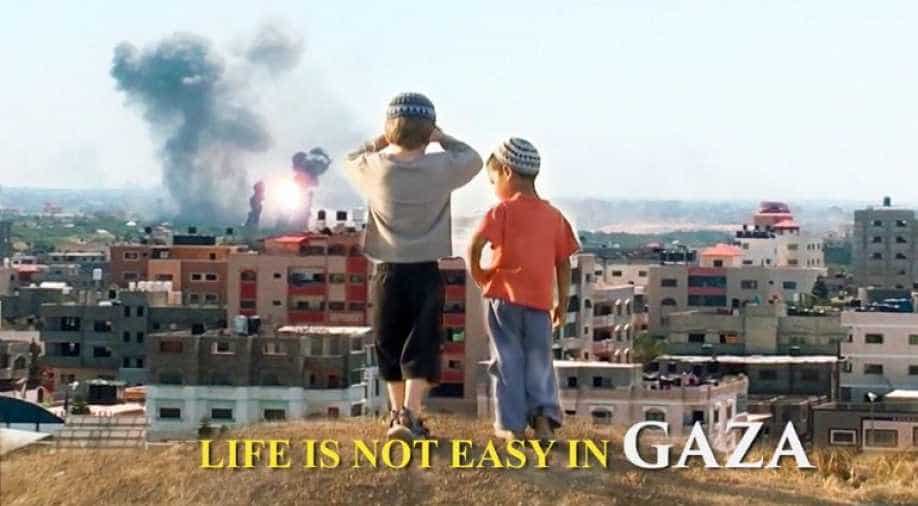 More than 30,000 Palestinians abandoned Gaza in the last decade and as long as the situation remains the same, many will keep trying, despite the risks.

Living in Gaza is not easy. More than a decade of Israeli-enforced blockade has brought the tiny coastal enclave on its keens. Tel Aviv sealed its borders with Gaza after Hamas came to power in 2007.

Tel Aviv considers Hamas a terrorist organization and suffered greatly from its terror attacks. Israel says the closure is the only way to safeguard Israel but it is the entire population of Gaza which is, in fact, paying the price of this decision.

For the two million people living there, earning a salary is more often a dream than a reality with youth unemployment close to 60 per cent and nearly half the population surviving on humanitarian aid.

Leaving Gaza is extremely difficult since the movement of people is highly restricted and even formal foreign institutional invitations may not be enough to get you out. Many have tried several times - both using official and illegal channels.

More than 30,000 Palestinians abandoned Gaza in the last decade and as long as the situation remains the same, many will keep trying, despite the risks. The illegal way is expensive and dangerous, it can cost up to $3,000 per person with neither the guarantee of succeeding nor of remaining alive.

If citizens of Gaza want to get out legally, they must submit their application to the Israeli security which decides if the case stands or not. It can take weeks to receive an answer, which is very often negative, moreover, corruption within Gaza is an obstacle too with officers demanding bribes to submit applications.

The very few who succeed are afraid to travel back to Gaza to meet their families, there is no guarantee that they will be allowed out again. No wonder the Palestinian coastal enclave is often referred to as the world’s largest open air jail but leaving is never a happy choice.

The majority of Palestinians who manage to leave Gaza, do so out of necessity as they see it as the only option to actually build a future but wherever they are, they consider Gaza their home and their dream is to be able to see it free and prosperous one day.

About Football in Iraq

Marwan graduated from an art institute and has found a smart way to put his skills at work in a country where the youth are passionate about soccer and crazy enough to walk around with their idols on their head.

But this haircut is not for everybody, it is a work of art and it takes skill and time, also it can cost up to $50. Marwan is a soccer fan too and while he creates stylish and creative haircuts with his hands, his mind dreams big.