Taking to the J&K streets 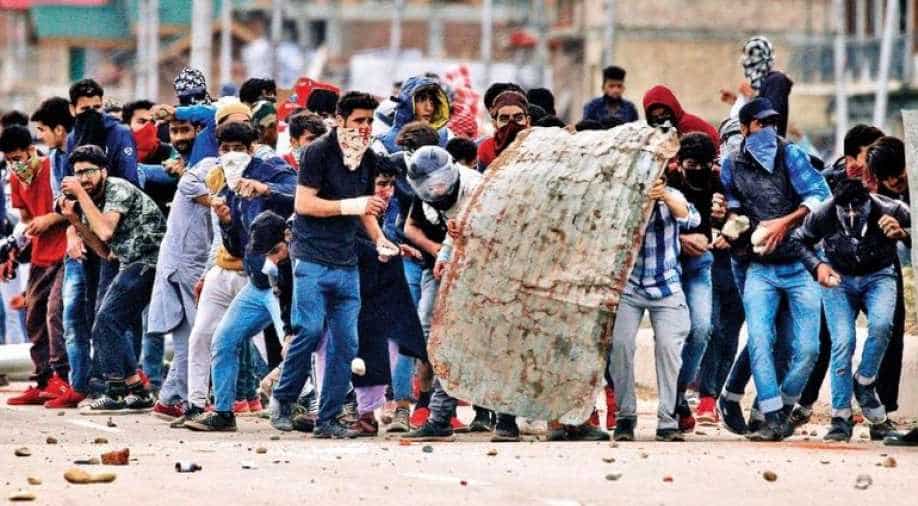 The trigger for this essay comes from the mounting protests in Hong Kong; an advanced society in the throes of street turbulence. Sooner than later China may throw caution to the winds and send in the People’s Liberation Army to take over the territory and quell democracy. But my focus is elsewhere, on home territory, Kashmir. Having faced street protests there for many years it’s a different ballgame to Hong Kong. I am drawn back to it because of the rumours in the air of impending changes that could act as triggers.

Kashmir usually sits on the edge and street violence, for the last ten years, has been a norm. Will we see it implode again as it did in 2008 with the Amarnath Shrine Board agitation, in 2009 with rumours connected to the Shopian rape case, in 2010 with the Machil and Tufail Mattoo incidents and in 2016 with the killing of Burhan Wani? I am not examining here anything remotely related to the merits and demerits of Article 35A, the abrogation of which is being assessed as a likely trigger.

The power of the street was realised by the separatists in 2008 taking inspiration from the Palestinian Intifada. Little known but the other inspiration for Kashmir’s street turbulence was a book called ‘From Dictatorship to Democracy’ by an American scholar called Gene Sharpe. The latter is considered the father of modern revolutions and his chapter — ‘98 Ways of Non-Violent Action’ has inspired many of them. Syed Ali Shah Geelani is known to have read it and been inspired by it.

In Aug 2008 when we faced the murderous one lakh strong mob which attempted to march from Sopore to Uri, there was no social media. Yet thousands of people poured into the streets. None of us, the army, intelligence services or JK Police were prepared for it.  Thereafter, seasoned commanders of anti-terrorist operations were taken aback by the vehemence and passion in the streets. They had little idea about dealing with such protests.

Many a time women led the front pushing even children ahead. Over a period of time, the art of street violence was near perfected by the Kashmiri protestors no doubt with some guidance from across the LoC. Social media expansion became the means of rallying protestors, taking inspiration from Tahrir Square, the Lotus Revolution and many other such protests of the Arab Spring. As the age of the street protestor became younger we witnessed 11 and 12-year-olds take to the streets. From 2014 an innovation entered into the methods with protestors rallying in support of terrorists cornered in houses through intelligence-driven cordons. This proved a major challenge for the security forces (SF) and led to more civilian casualties. The notion that separatists support nonviolent ways of protest has been a misnomer successfully fed to human rights organisations.  In 2008-10 two recalls are of significance. First, the Army held a moral sway; its young company commanders had the networking skills and courage to walk up to leaders of protesting mobs and dissuade them many times to put an end to the protest in their area. Secondly, while the police had the most uncomfortable and challenging job the protestors mastered ways of breaking up police squads, attracting them into by lanes and then targeting them, forcing them to fire and cause civilian casualties.

The ecosystem of J&K, of which much is being written and spoken about today, has been the core centre of the organisational capability to run the agitation which at one time came to be termed as ‘agitational terror’ for various reasons. Protest without money power would have ground to a halt. In the town of Baramula from where the protests really began and spread there were fixed rates for each stone thrower. Stones were ‘imported’ by vehicles and stone-throwers came from other towns so that identification of leaders was difficult. The rallying of mobs was done by a large network of over ground workers (OGWs) armed with an information system multiplied many times over today due to social media. Manipulated video clips and rumours form the focus of the information system which the government establishment has a little answer for except the shutting down of the internet. Civilian casualties draw mass response at funerals and increase alienation manifold. The local media with more publications than found in Delhi or Mumbai has rarely found itself under control except during periods when curfew restricted the movement of its workers.

No one is saying that we are heading towards a period of street protests but it’s always good to be wary and cautious when attempts are being to change the tack of the strategy and campaign in J&K. The SF’s identified weakness is what the separatists consider their strength. That is the lack of a professional way of tackling mass protests. We cannot sit on a moral high horse and claim the use of minimum force when the international community throws such things in our face. Also, let us not gloat over our capability to resist international pressure. China may get away with treatment of Uyghur in Xinjiang and possibly even with handing over of Hong Kong to the PLA; that is because China does not claim democratic norms of functioning. Yet, even as Government of India is getting down to tackle issues which have never been tackled in the past it should ensure none of this is done in an unsmart way. It has done well to go after the ecosystem but the same is so strongly entrenched that it will take time. The money conduits and information system which help the separatists run the power of the streets must be legitimately choked completely. Let there be more transparency about this.

No doubt this seems an appropriate time to tackle the separatists when Pakistan too is under pressure and attention is more on Afghanistan. Kashmir’s stamina for resistance is also low notwithstanding formation of joint resistance committees by the separatists. There are far more smart, legitimate and humane ways of controlling violence in the streets than by just pumping in a hundred companies of armed police forces. May be good to take a cue from what the Indian Army does before it sends any troops to conflict zones. It trains them for the situation and threat that they are likely to meet. Untrained soldiers or armed policemen can be a greater liability than can be imagined. Lastly, where is our information system to counter the separatist misinformation? Rumour mongering isn’t the best way of tackling such situations.