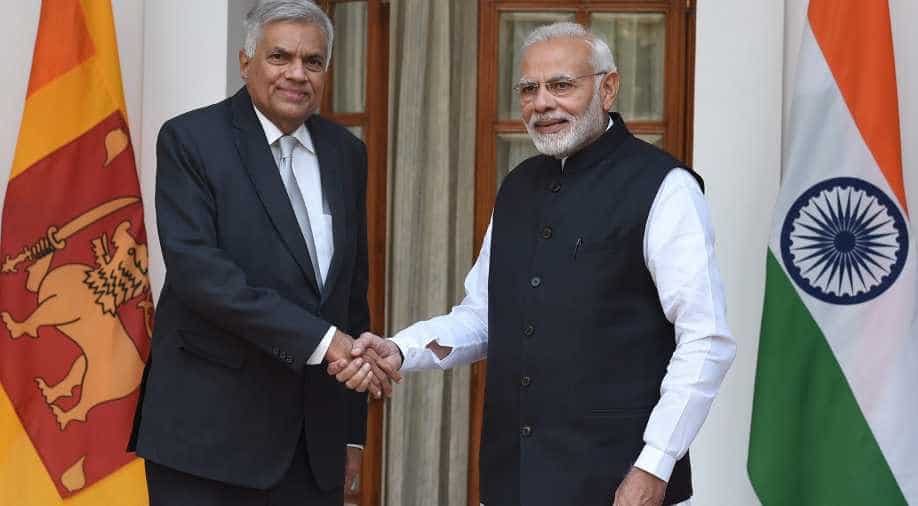 The reset is undoubtedly to India’s advantage but China upsetting the strategic balance through manipulation of internal politics, whether in Sri Lanka or Nepal, is surely not something that falls within Indian acceptance.

Even though the Sri Lankan cricket side is becoming progressively less relevant due to a string of poor performances, the country appears to be on the path of greater strategic significance. The run of events over the last fortnight caught many around the world, and especially in India, flat-footed. Which way the cookie crumbles as far as the internal power politics of the island nation go, will to some extent decide the future direction of the strategic game playing out in this part of the Indian Ocean Region (IOR). The region is the crucial southern flank of the Asian continent with Sri Lanka a strategically important nation midway between the Persian Gulf and Straits of Malacca.

It is clear that China can ill afford to remain reticent about power projection in the Indian Ocean. So crucial are the sea lanes of communication (SLsOC) to its very existence that it will go to any extent to wield influence over the nations and regions which could be potential facilitators to act as choke points. It should be remembered that it’s the unimpeded movement of energy needs from the Middle East and the container traffic from the Chinese ports that make the Chinese economy what it has become.

The PLA Navy is yet insufficiently strong to guarantee security but even when it does achieve that capability, the need for strategic influence in the IOR will be deemed a necessity to sustain the facilities through cooperation. Pakistan, Maldives, Sri Lanka, Bangladesh and Myanmar, all in the South Asian region can facilitate this influence domination. The Belt and Road Initiative (BRI), temporarily gone a little askew, is very much a part of this security and influence domination.

The US and its allies have less capability in this important part of the IOR that has the potential to control portions of the important SLsOC. Diego Garcia to the Straits of Malacca the Indian Ocean lies open. That is where the importance of India comes in. Two statements sum up India’s predicament and also the strategy it needs to follow. Prime Minister Narendra Modi is known to have said that the “primary responsibility for Indian Ocean security remains with those who live in this region” and that “regional connectivity cannot undermine the sovereignty of nations.” William McQuilkin of the Washington-based Hudson Institute, in a recent seminal article in the South Asian portal of the Institute’s website, writes: “Today, as the silk and spice routes are returning, would be a great time for India to revive her strong maritime heritage in the IOR. It would also present an opportunity for the US and its Allies to assist India in expanding its maritime presence, capabilities, capacity and maritime infrastructure in the Indian Ocean, thereby helping to preserve the balance of power and the rules-based international order in the region”.

Now comes the predicament for India and it needs some explanation. Despite having an unrealised history of maritime capability, India has preferred to remain rooted in the continental domain for its security. No doubt there are boundary disputes with China and there is also Pakistan to contend with. China has ensured the perpetuation of continental threats, making use of collusive support from Pakistan to keep India rooted to perceptions of priority to continental security. What the US and its allies would desire in terms of a strategic partnership with India is to stymie China’s growing economic and maritime power especially in the Indian Ocean part of the Indo-Pacific; a near matching Indian maritime capability which could greatly balance China as a part of the overall Indo-Pacific strategy. Can India afford to be a part of this?

Back to Sri Lanka from where we started. Three issues need to be taken into account. First, that the NDA government has made efforts but has a mixed bag of success in Sri Lanka and Maldives. Second, Doklam too occurred and its aftermath was such that a reset in Sino Indian relations and in fact in Sino-Russia-India equation was brought into effect. India has been straddling the various strategic camps fairly well in the recent past but to expect that China will not strategise to its advantage in the IOR would be naïve. Walk-in attempts and transgressions at the Line of Actual Control (LAC) have been taking place quite frequently even after the reset in relationship and none of these is likely to trigger anything more than some hot unarmed exchanges as part of China’s strategy to keep India focused on the Himalayan front.

Third, even with all the cooperation seemingly visible after the reset, China will attempt to garner advantage in India’s strategic regional neighbourhood. Which better place for this than Sri Lanka where the monstrosity of Hambantota port is in its control and an ambitious and willing to be used politician such as former President, and now Prime Minister Rajapaksa, exist. The Chinese are fully aware that the terms of the reset with India after Doklam precluded India’s participation in any major equations which were aimed at China’s security.

Thus we found India hesitant about the Quadrilateral of Nations. The reset is undoubtedly to India’s advantage but China upsetting the strategic balance through manipulation of internal politics, whether in Sri Lanka or Nepal, is surely not something that falls within Indian acceptance.

Just three things India has to do mandatorily. First, look towards enhancing its maritime capability with first signals being increased allocation of budgetary support to the Indian Navy without affecting other security budgets and planning maritime infrastructure, including assistance to the neighbourhood. Second, it must remain diplomatically very actively engaged with the stakeholders of IOR security, quietly raising concerns about Chinese intent; the diplomatic domain will need much fleet footedness. Third and last it must ginger up its intelligence services and their capability to look at the smaller neighbours with greater focus without taking eyes off the scanner of continental threats from China and Pakistan.