Section 377 verdict: One year on, much more societal work still needs to be done 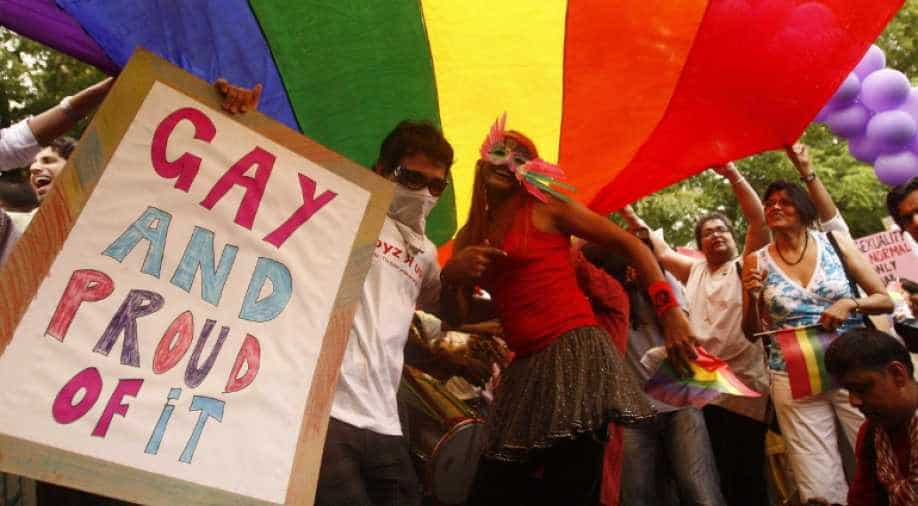 The subject of LGBTQ rights still stirs up discomforting emotions in a large number of people.

September 2018 was a watershed moment for the lesbian, gay, bisexual, transgender and queer or questioning (LGBTQ) community.  That month, Section 377 of the Indian Penal Code (IPC) was revoked, thereby decriminalising homosexuality. This development has been long in the making and every member of the LGBTQ community should take pride that their right to have same-sex relationships cannot be infringed upon.

While the revocation was a progressive step, the societal outlook cannot be changed overnight simply with the annulment of a century-old law.

The subject of LGBTQ rights still stirs up discomforting emotions in a large number of people. Such unease concerning LGBTQ members is plainly visible in the Indian corporate space.

Indian companies and organisations’ openness in relation to the LGBTQ community falls along a continuum. Some organisations are willing to create employee groups for members of the LGBTQ community and formulate LGBTQ-friendly policies such as facilitating surrogacy and adoption. Some companies also have policies such as medical coverage for sex change of an LGBTQ member.

On the other side of the continuum are companies that proclaim they’re not against LGBTQ members or their inclusion into society, but nonetheless are unwilling to openly declare that they want to facilitate inclusion of such members.

The question that arises is this: why is there any discomfort at all regarding the LGBTQ community? The obvious answer is that since childhood, children are taught to mock lesbians, gays, bisexuals, transsexuals and queers.

Unlike laws that can be changed overnight, long-ingrained social conditioning cannot be changed as easily. Hence much needs to be done to address the rights of LGBTQ members and to integrate them into society. It begins by reengineering society.

The LGBTQ community has existed on the margins of society for centuries, not just because society has been unwilling to accept them, but also because their own family members have not done so. Creating an inclusive society in which LGBTQ members play a full role, starts with giving members of the community the courage to come out.

This happens when they implement new policies, practices and encourage conversations that challenge stereotypes. Doing this changes the mindset of those working in organisations and therefore changes mindsets in society. Inclusion of LGBTQ members isn’t just about creating a more harmonious society; a recent US Chamber of Commerce report revealed that their inclusion benefits a company’s bottom line.

The report indicates that companies that adopt LGBTQ- inclusive policies, improve their financial standing and perform better than peer organisations that don’t.

The report cited a 2017 study that showed 80% of adult employees considered inclusiveness an important criterion when choosing an employer. When given the option to work with an employer that had inclusive policies and one who did not, employees would join the former.

About 72% of respondents in the study said they would leave their organisation for one that was more inclusive. Clearly, talented people want to work in inclusive companies.

However, despite greater inclusiveness of LGBTQ members, half of them continue to remain closeted even in the United States.

Thankfully, some organisations have created groups in which members of the LGBTQ community speak about their expectations, as well as their pleasant and unpleasant experiences.

Often, intolerance stems from a lack of awareness. For instance, heterosexual men or women may fear to engage a gay or lesbian out of fear of being hit on.

Among company leaders, there is a need for discussing supportive infrastructure, like washrooms for example, for the third gender. Transsexuals and queers have such needs and it is an organisation’s responsibility to fulfil them.

In India, the introduction of the Transgender Persons Protection of Rights Bill in 2016, was a step in the right direction. It prohibits discrimination against a transgender in areas like education, healthcare and employment.

As per the Bill, forcing a transgender person to beg, denying them access to a public place, or physically or sexually abusing them will lead to imprisonment up to two years and a fine.

The LGBTQ community’s inclusion into every facet of society is a journey, which cannot be considered complete with simply revoking Section 377. Society and organisations must be encouraged to take concrete steps to ensure the journey continues smoothly and there is an urgent need to move beyond lip service to reshaping societal outlook.