Sardar Patel: The man of many shades 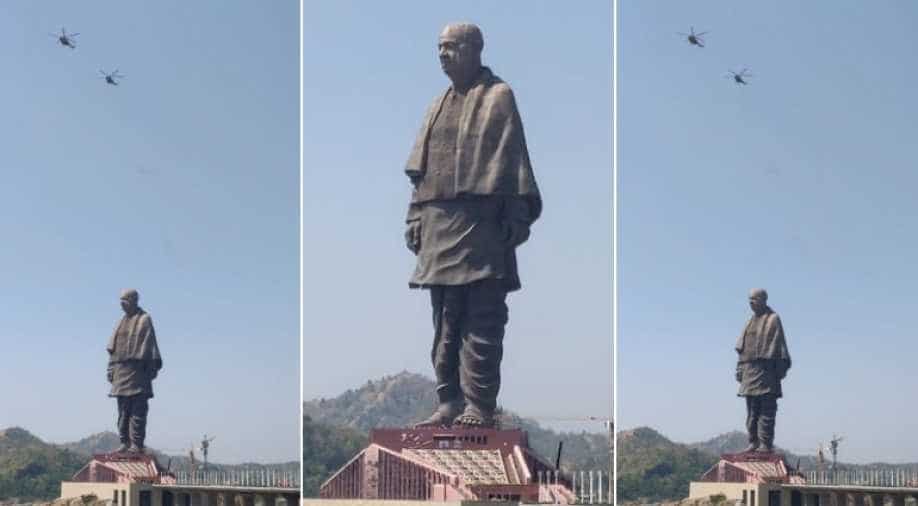 Today his life is being limited to the last three years of his life but Patel was much more than that. He was a man of many shades. He remained loyal to both Mohandas Karamchand Gandhi and Congress party till the end. He tried his best to reconcile Gandhian ideal with the realities of post-independent India where he had to deal with warring political interests and royalties who never wanted to be part of the Indian republic.

Sardar Patel was one of the pillars of the Congress in the freedom struggle. He played an instrumental role in building the Congress party. Sardar Patel not only stoically carried out the instruction of Gandhi but also often stepped aside when Mahatma wanted.

It is for this reason that more than twice Patel could not become the president of the Congress because Gandhi preferred another candidate. Sardar Patel was also instrumental in mobilising funds for the Congress during the colonial struggle. He was neither left-leaning like Nehru and Bose nor a revolutionary and neither communal in his approach when it came to communities. His politics was rooted in the practicality of life. He accepted the social importance of village life, the power of capital, the importance of state violence against adversary and relevance of Gandhian principle at the same time. He was clear and sometimes inconsistent at the same time.

But it was true of almost all leaders as their political views were evolving with changing circumstances.

Sardar Patel’s Bardoli satyagraha was a feat in itself. He not only built the Congress from grassroots in Gujarat but also ensured that Gandhian view strictly imposed on the party which was an umbrella organisation for the majority of people fighting against British colonialism. He neglected his family. He had difference of opinion with both Netaji Subhash Chandra Bose and Jawaharlal Nehru.

He also differed with Gandhi on a number of issues but never allowed it to become an issue. He never left the Congress nor allowed the differences to become a hurdle in penultimate objective; freedom and integration of India into a union of states.

Unfortunately, Sardar Patel’s legacy is being tied to a big if. Patel never saw himself as a victim. Despite difference of opinion and open spat with Nehru, he never challenged his leadership. Patel was not a fallen hero. He remained a Congressman till the end. Many forget that he even banned RSS and went hammer and tong against them. It is a great injustice to call Sardar Patel a leader who had shades of right. He had none.

Today political parties are trying to milk contribution of founding fathers of the republic. The achievements are being limited to the current political narrative. These legacy is being milked for electoral ends. It becomes easier for other political parties as Congress over a period of time turned into a conglomeration of families. The top accommodates Gandhis and rest come thereafter.

It is because of this neglect, Sardar Patel, Bose and Ambedkar are out for the taking today.

It is important to remember that Sardar Patel was the Congress inner circle. He was never an outsider to any decision. He rallied with Gandhi even when others had doubt on Gandhi’s capacity to lead the struggle. Patel’s commitment to the Congress was complete.

He never left the party nor contested any wish of Gandhi nor challenged Nehru once he became the Prime Minister. Bose and Ambedkar had a strained relationship with the Congress. Bose had to start his new outfit as Gandhi ensured that could not continue as the president of the Congress and Ambedkar could never forgive Gandhi for the compromise he made which came to be known as Poona Pact.

Gandhi did not allow castes falling under the Schedule Caste category to be taken out of Hinduism.

The three leaders which BJP wants to adopt had a substantial relationship with the Congress. Only Bose and Ambedkar charted a different course. Sardar Patel never did so.

Patel’s contributions remain many. Without his support, it would have been impossible for Nehru to function in the initial years. It would be impossible for Gandhi to implement his vision on the Congress Party. It would have been very difficult for the party to raise funds for the Congress. Patel was an assurance to the new industry as Nehru was leaning towards left.

Lastly, despite being the first home minister, Patel never created a state with totalitarian powers. He created a strong state without dictatorial leanings. His politics was rooted in the practicality of life that made a difference to both the pre-colonial Congress and modern India.