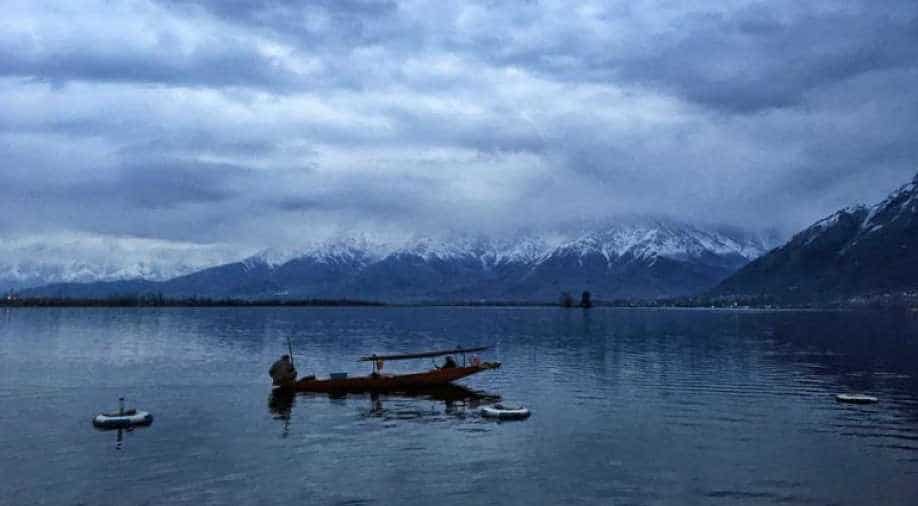 Kashmir has often been presented globally as some sort of Indian military occupation over Muslim-majority Jammu and Kashmir (J&K).

A brief history would help in understanding this conflict better. The state of J&K was primarily a Hindu state until the 14th century. Few modern Indians are aware that Kashmir is the birthplace of Shaivism – one of the major traditions in Hinduism that reveres Lord Shiva.

The tutelary deity of classical Kashmir was Sharada, a manifestation of Saraswati, the Hindu goddess of wisdom, whose prayers refer to her as “Kashmira-pura-vasini” (she who resides in Kashmir). Because of such civilisational connections from pre-Islamic Kashmir, the place holds a significant religious value for Hindus.

Fast-forwarding to 1947, during the Partition of India, Kashmir’s king Hari Singh decided to bide his time in deciding the fate of the state of J&K. During this uncertainty, the newly-formed Islamic Republic of Pakistan-backed militants invaded Kashmir.

Hari Singh turned to India for protection in return for acceding the whole J&K, including the present day ‘Pakistan occupied Kashmir’ (PoK) to India unconditionally. There was no demand for autonomy or Article 370 during the accession.

Nehru, struck a deal with Sheikh Abdullah, a self-proclaimed leader of Kashmiri Muslims, to grant special status to J&K and Article 370 came into existence, long after Kashmir actually acceded to India.

J&K state comprises three parts: Muslim-majority Kashmir Valley, Hindu- majority Jammu and Buddhist Hindu- dominated Ladakh, which constitutes of 65% of J&K’s territory. Yet it was the Kashmir Valley that has dominated the discourse.

Pakistan found this situation perfect to meddle in India’s internal matters in the name of religious affinity. In addition to illegally holding on to PoK, Pakistan’s continuous meddling in the state’s affairs through Kashmiri politicians and separatists gave it a religious angle.

Even after Partition, more Muslims decided to stay in India than there were in Pakistan, as India vowed not to discriminate based on religion. A Muslim majority state of J&K was never a problem for rest of the country. But continuous radicalisation of youth there eventually made it a religious conflict.

Until 1980s, when terrorists’ infiltration increased in Kashmir valley, there was no heavy Indian army presence in the valley. However, in the late 1980s, the Abdullah government gave in to terrorists’ call to ethnically cleanse the valley of Kashmiri Pandits, the Hindu minority.

Amid complete collapse of the administration, taped slogans were repeatedly played during those nights of 1990 from mosques all over Kashmir valley: ‘Yahan kya chalega, Nizam-e-Mustafa’ (What do we want here? Rule of Shariah). On the dark night of January 19, 1990, the worst nightmares of Kashmiri Pandits came true. Screaming from loud speakers and crowded streets was a message for the Sikhs and Hindus living in Kashmir - either convert to Islam, leave the land, or die.

Terror apologists conveniently ignore these events that led to the heavy presence of the Indian Army in the 1990s.  Kashmiri Pandits were made refugees in their own country.

Jammu and Ladakh did not want to meet this fate and hence Army presence was maintained in the state since 1990. Jammu and Ladakh constantly demanded that article 370 be removed and that they be ruled as Union Territories, directly through Delhi to escape the tyranny of Kashmir valley-based politicians.

It is time the world took cognisance of the fact that Article 370 was discriminatory against women, LGBT, Hindu minorities and it kept J&K deprived of development.

When the rest of India celebrated giving rights to LGBT fraternity, Article 370 ensured that in J&K they would be persecuted. When the Indian government passed laws for benefiting the Dalits, this article made sure that the benefits don’t reach them.

When India decided to spend 10% of central funds despite J&K having only 1% of the country’s population, Article 370 ensured that it never reached those at the bottom, but was misused by two select families.

Removal of 370 not only heralds an era of progress for J&K, but has also saved a part of India’s cultural heritage from getting destroyed and a chapter of India’s civilisational history from getting erased. It is time to correct historical wrongs.

The author is an MBA graduate from MIT Sloan School of Management, Cambridge, USA.