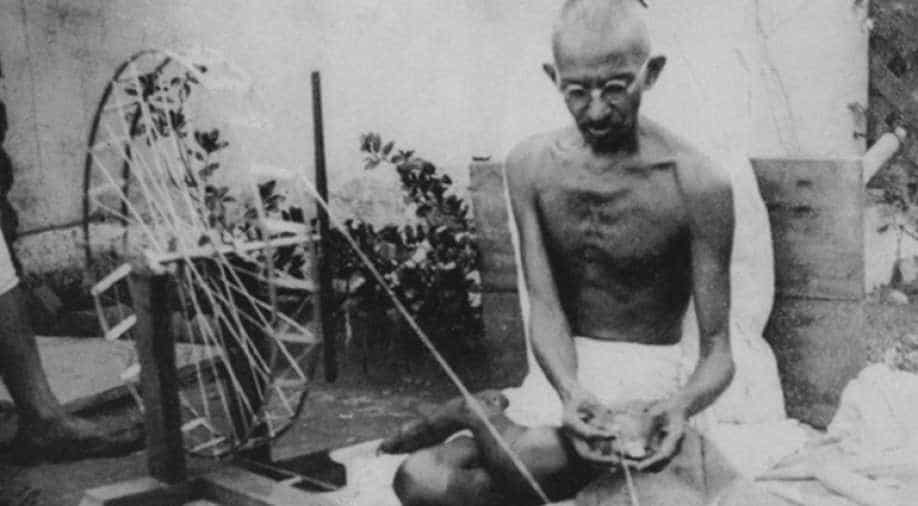 Bapu today is being remembered by political parties for different reasons.

70 years back, right-wing ideologue, Nathuram Godse inspired by fascist ideas assassinated Mohandas Karamchand Gandhi who in his eyes was compromising Indian interest at the cost of Pakistan. He pumped three bullets in Bapu’s frail body. The last word he uttered was “He Ram” and subsequently, he collapsed on the spot bringing post-partition violence to a halt.

To borrow words from the famous writer and poet, Makarand Paranjape, his assassination created a collective guilt bringing mad men to a halt and injected normalcy of routine to a land already wounded by macabre violence.

Bapu today is being remembered by political parties for different reasons. Today there exists a rush to appropriate Gandhi politically to milk him for current politics. Whether it is khadi or charkha, the symbols associated with self-sustenance and non-violence are being used either to reimagine a non-existent past or to appropriate him for political campaigns.

Gandhi should be remembered for his idea of a composite society with a long past. Instead of harping on homogenous cultural past, Gandhi’s idea of India was inclusive and accommodative. It is ironical that today both Left and Right appreciate Gandhi to fight each other. Left was not at all comfortable with Gandhi’s religiosity, non-violence and his relationship with Bombay elites.

The right attacked Gandhi for a secular India. They detested his idea of Muslims being part of Indian nation. They believed that Gandhi was partial towards Pakistan.

Neither of them could tolerate his idea of Ram Rajya and blending of different cultural and religious tradition which was evident in the prayer meetings he organized every day in mornings.

Gandhi touched India profoundly. During the freedom struggle, he was the moral fulcrum of the Congress and his leadership united hundreds of local and regional insurgencies against the British under the Congress umbrella. He created a line of leaders who would go on to run the country. In his own way, those he found extreme in their action or outside his political eco-system had to leave the Congress to chart their own journey. The example, in this case, is Subhash Chandra Bose. Bapu’s assassination also led to Sardar Patel and Jawaharlal working even more closely even though they bickered with each other on the issues of policy and mandate.

Gandhi symbolized the eternal truth of the Indian sub-continent. Big religious and social changes have always been brought about by people who are called saints or ‘sants’ in the name of the ‘true’ social fabric of the soil. Gandhi was also in the same category. His campaign for freedom had strong moral and cultural underpinning. His struggle was defined by his sense of morality which was not instrumental in nature. It differentiated Bapu’s struggle with freedom struggles which rocked African and Asian continents.

He was wedded to both religion and spirituality. People would find it difficult to recall as to how many temples did Gandhi visit during his lifetime but even today his commitment to the idea of Ram cannot be questioned.

He did not abandon cultural and religious codes in public life. He did not compromise pluralism in Indian society. Today politicians in India are trying to prove their devoutness by visiting temples which is devoid of spirituality.

India today remembers Gandhi for attributes which suits them. A complex personality like Gandhi had one very simple message and that being compassion in public life. It is the absence of this compassion which India lacks today. There are many things which India of today can be critiqued from Gandhian perspective; be it the size of the state and rising inequality but we can begin by injecting compassion and decency in public life.

Lastly, Gandhi viewed India as a plural state. His "Ram Rajya" was all-encompassing. India today is witnessing an attempt to alter its character and it must be resisted at any cost as India cannot become a Hindu Pakistan. India should not mimic the French secularism experience, but it can also become a which does not respect its cultural heritage. His death should remind us all.