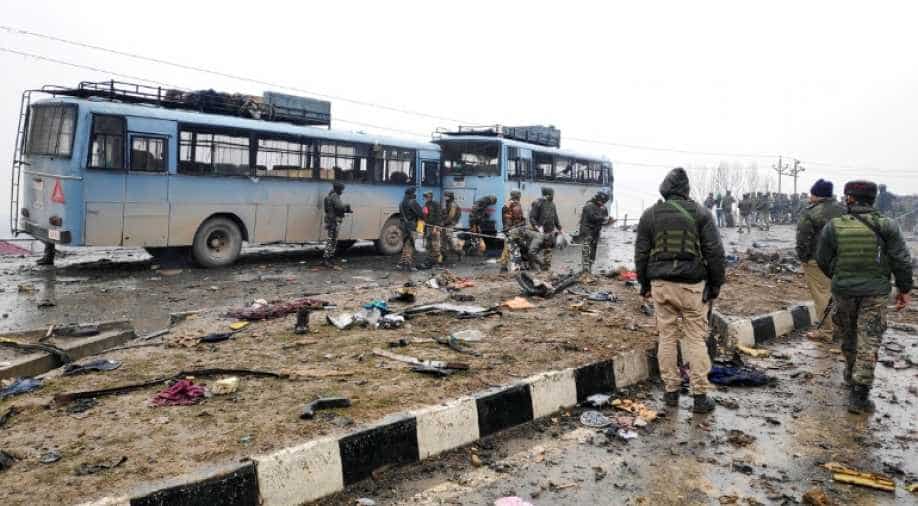 India is resorting to an aggressive diplomatic offensive against Pakistan by mobilising its resources and pressuring the world to declare Pakistan as ‘terroristan’.

Pakistan-based Jaish-e-Mohammed (JeM) has claimed responsibility for the terror attack in Jammu and Kashmir’s Pulwama district on Thursday, which left at least 40 CRPF soldiers dead and five others critically wounded.

This heinous act has outraged the collective conscience of the Indian nation.

India’s relations with Pakistan have been defined by the Partition of British India in 1947, the Kashmir conundrum and military conflicts fought between the two countries.

The relations have always been plagued by conflicts, hostilities and mutual suspicion, despite the fact that the two South Asian nations share common linguistic, cultural, geographical and economic linkages.

Pakistan’s use of terrorist groups as part of its security and foreign policy is a function of its obsession with India, which it perceives as an existential threat.

The ideology of Pakistan is built on the twin pillars of Islam and antagonism towards India. It has never realised that as a nation state, it needs to create a history of its own and move forward. It has preferred to live with historical appropriation and distortions of the past.

Pakistan could acknowledge its Indian heritage, as well as the Muslimness of a majority of its population. Instead, successive Pakistani leaders and its intelligentsia have preferred to build the idea of Pakistan on the pillars of Islam and antagonism towards India.

Pakistan’s paranoia regarding India is unfounded. There have been military engagements, an ongoing undeclared war, numerous skirmishes and stand-offs.

Many successful attempts to improve relations through the Shimla agreement, Agra and Lahore summits, among others, have fallen apart.

Relations soured after the Siachen conflict of 1980, the Kashmir insurgency of 1989 and the Kargil war of 1999.

The terror attack on the Indian Parliament in 2001 almost brought the two nuclear nations to the brink of war.

The Mumbai attack of 2008 by Pakistan-based terrorists and killing of hundreds and continuing support to terrorists in Kashmir to delegitimise the idea of India, continues.

Pakistan is on notice from the Financial Action Task Force (FATF) and China has removed its objections to put Islamabad on the ‘grey list’ by FATF.

Pakistan, on the global terrorist financing list from June 2018 onwards, risks endangering its handful of remaining banking links with the outside world, causing financial distress to its economy. Saudi Arabia, too, also removed its objection and now only Turkey stands in support of Pakistan.

President Donald Trump has said it is the time to expose and hold responsible those countries who breed, support and finance terror groups.

The Trump administration has charted out its South Asia policy in which it has accorded a larger role for India in Afghanistan and in South Asia and has put Pakistan on notice.

Pakistan’s temper tantrums and petulant responses are not convincing. Islamabad has to take a hard look at its options. It has to effectively shutdown terror factories being nurtured in its backyard.

Prime Minister Narendra Modi has received unconditional support from the opposition parties and the citizenry to deal with Pakistan sternly and flush out terrorists from Kashmir and elsewhere in the country.

The country is resolutely standing behind India and the Prime Minister in this critical hour.

India does not buy any formula on Kashmir, as it firmly believes terror and talks cannot go together until Pakistan brings to book the perpetrators of 26/11 Mumbai attack and accounts for other terror acts executed. The territorial status of Kashmir is clearly not negotiable.

The country expects the government and Prime Minister Modi to act now. It is examining various options, including the military option.

As part of its comprehensive strategy, India is resorting to an aggressive diplomatic offensive against Pakistan by mobilising its resources and pressuring the world to declare Pakistan as ‘terroristan’.

The Modi government is required to act decisively, keeping in view that the US needs Pakistan’s help to negotiate with the Taliban in Afghanistan, strike its defence deals with Russia, with China on the side of Russians.

Therefore India needs an appropriate and calibrated modus operandi to deal boldly with Pakistan. The nation and the global community is anxiously waiting and watching.