Politics of native preference: Shooing away migrants is economically disastrous 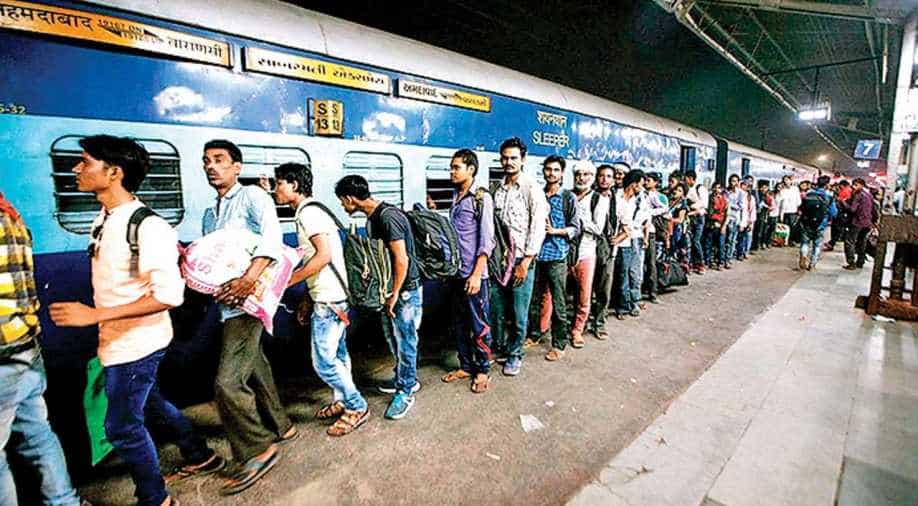 It may prove regressive and dissuade the corporate sector to invest in a state where such a rule is prevalent.

Andhra Pradesh is the first state in India to enact a law guaranteeing 75 per cent job reservation for locals in private industrial units, factories, joint ventures, including public-private partnership concerns.

The enactment prescribes that if locals lack the requisite skills, companies and factories are mandated to train them with state government’s assistance and hire them.

While no state can afford to ignore local talent, shutting the doors on the migrant labour force is a regressive step. This model will prove to be very complex and a threat to the overall economic and industrial growth of the newly bifurcated state.

Lately, many regional satraps are taken in by parochial considerations and jingoist sentiments. State governments such as West Bengal Chief Minister Mamata Bannerjee’s preference for Bengali-speakers over non-Bengalis in employment in the state, MP Chief Minister’s penchant for 70 per cent employment for locals in the state’s industrial units, Gujarat CM Vijaya Rupani’s promise of 80 per cent job reservations for locals in the industrial and service sector, are examples that may prompt other states to follow suit.

According to Census 2011, there are 139 million internal migrants in the country, who are also a captive source of labour. Their employment does help them in earning and contributing to the state GDP. The xenophobic reaction and nativism is often an excuse to hide failures by governments for their utter misgovernance.

Viewing the whole world as one community has become a term of abuse in the hands of regional political leaders. These leaders view outsiders with suspicion and self-righteousness. According to them, “rootless cosmopolitans” are a threat to the integrity of the state.

For example, beating up Hindi-speaking auto drivers in Mumbai and a proposal from Raj-Thackeray-led Maharashtra Navanirman Sena to issue licenses only to Marathi-speaking autorickshaw drivers, the “Bongal Kheda” agitation in Assam and the fight against “dikus” (outsiders) in Jharkhand, are all examples of this disturbing trend.

Overindulgence in the domestic politics of parochialism constitute the greatest threats to regional peace and stability among different states. It is nothing but splitting the general population into groups and putting their own state citizens’ needs ahead of other citizens’ needs.

These man-created barriers do not come up overnight, but evolve over a period of time. It comes in handy for cynical politicians to hide their failures and mismanagement of the economy. Agendas such as these are often backed by selfish and personal goals at the expense of national interest.

If implemented, such laws would violate Article 14 and 16 of the Indian Constitution. Article 19(d) and 19(e) of the Constitution, which are ingrained in our fundamental rights, guarantees freedom of movement to Indian citizens within the territory of India. In the past, many Indian states have enacted such laws, but have never implemented it vigorously.

Interestingly, Andhra Pradesh has excluded some areas such as fertilisers, coal, pharmaceuticals, petroleum, cement and IT industry from the ambit of such a job guarantee statute.

Similarly, while formulating the 100 per cent reservation plan for the Kannadigas in blue-collar industries in Karnataka, both infotech and biotech have been kept outside its purview.

However, none of these local reservations have been challenged in any court of law, nor does the Constitution contain any provision for non-discriminatory commercial clause.

While responding to the changed law of job reservation for locals, the companies will be busy in adjusting the composition of the workforce to meet the changed quota regime. However, the number and nature of jobs will remain unaffected. Hence, states, instead of changing the job composition, should focus more on new job creation.

At a time, when states are competing fiercely to attract investment, it would be counter-productive for them to discriminate and reserve jobs for sons of the soil.

States who do so, will lose in the long run since the investment flow prefers places where there is low compliance costs and freedom of hiring employees, as per their choice.

To achieve higher growth rate, there is no substitute to employing skilled professionals. In order to survive and excel in the competitive globalised world, the country needs to focus on overall skill development and national goals over regional preferences.

The politics of local preference will dilute the pace of economic growth. A level playing field puts merit over domicile.

The populist stand by state governments could have a bearing on the quantity and quality of investment coming in. When the central government is seeking to achieve the goal of “One Nation One Tax” with the introduction of GST, reservation for locals take us to the other extreme.

In a hypothetical situation, if other states decide to retaliate by not employing personnel hailing from Andhra Pradesh or states reserving jobs for locals, it will add another dimension to the problem of parochialism.

No state can afford to ignore local talent, but shooing away skilled/unskilled migrants is a regressive step. Political compulsions and electoral promises made by politicians apart, reservation for the locals in the private sector is not an effective model to tackle burgeoning unemployment and underemployment.

It may prove regressive and dissuade the corporate sector to invest in a state where such a rule is prevalent. India being a labour surplus country, the internal migration of labour is quite natural.

Many studies indicate that movement of labour is good for the economy, since the regions suffering deficit of labour forces imports from the labour surplus states.