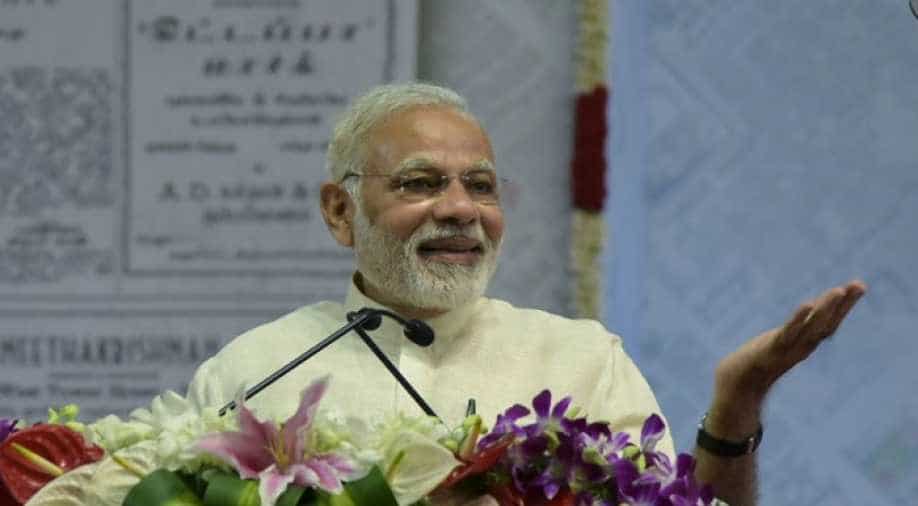 Prime Minister Modi's move to go for 10 per cent reservation for the economically weaker sections cutting across religious lines in government jobs and educational institutions is being described as a game changer.

Prime Minister Narendra Modi has acted as an astute politician by presiding over the Cabinet decision to grant 10 per cent reservation in government jobs and educational institutions for the economically deprived in the general category and then ensuring the passage of the bill in the Lok Sabha (lower House of Parliament) on Tuesday (January 8, 2018).

The passage of The Constitution (124th Amendment) Bill, 2019 in Lok Sabha, after a marathon debate, proved to be a tame affair. With 323 members voting in its favour and only three voting against. In this way, the Bill was passed by the requisite majority of not less than two-thirds of the members present and voting as prescribed under Article 368 of the Constitution.

Prime Minister Modi's move ahead of parliamentary elections, to go for 10 per cent reservation for the economically weaker sections cutting across religious lines in government jobs and educational institutions is being described as a game changer. The debate on this Bill in Parliament showed that all the opposition party's that are pitching for a 'grand alliance' against the BJP for the coming parliamentary election have been caught flat-footed and had no choice but to support the Bill. All they had to say against it was its "timing". Modi was targetted in Parliament and the charge levelled against him was that ahead of Lok Sabha polls, he was trying to regain lost ground among the "Savarnas" (the so-called upper castes) who have been excluded from the quota system and were demanding reservation on an economic basis and not on caste lines.

The demand for reservation on economic basis was raised in a big way in Madhya Pradesh by SAPAKS Samaj, a people’s organisation founded in November 2016. During electioneering for the just-concluded Madhya Pradesh Assembly election, a large section of those wedded to the SAPAKS ideology were in favour of NOTA and they had circulated this message through the social media across constituencies among the die-hard SAPAKS activists who had  been galvanised by the massive support to the call for Bharat Bandh against the amendment to the SC/ST Atrocities Act by the Union Government and this had led to what could be described as a “tectonic shift” of votes away from the BJP at a time when there was neither a wave against the BJP nor an over-riding support for the Congress party in Madhya Pradesh.

When both parties were fighting neck to neck and chasing every vote, when the victory margin for dozens of candidates got reduced to just a few hundred votes, the half a million plus NOTA votes have played a decisive role in shaping the outcome of the Madhya Pradesh Assembly elections.

The implementation of 10 per cent reservation for economically weaker sections, will increase the reserved quota to 59.5 per cent from the existing 49.5 per cent.

There is a need for a national debate to evaluate and analyse the overall impact of the existing reservation regime when it comes to the advancement and progress of the "socially and educationally" backward SC/ST communities. We also need to prepare state-wise comprehensive human development reports (HDRs) covering a whole gamut of indices to pin-point backwardness and to identify sections that still require the benefit of reservation.