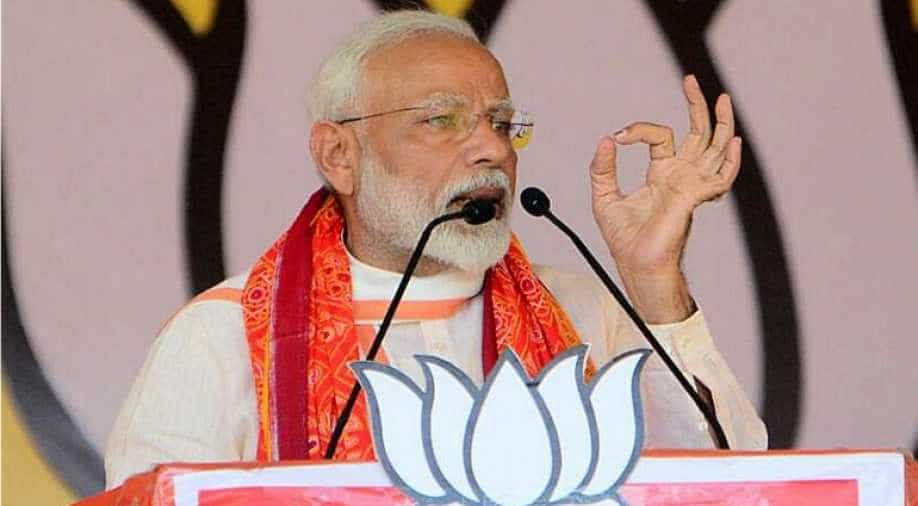 Narendra Modi’s victory is unfazed by this empty outrage because it represents what India has always stood for – inclusion, development and progress

On the eve of the 2019 Lok Sabha results, the New York Times published an article titled “How Narendra Modi Seduced India with Envy and Hate”. A little before the election, Time magazine featured NaMo on their cover and in bold letters labelled him as the “Divider in Chief”. Kapil Komireddi’s analysis of the Indian political landscape for The Guardian went on to call Indians “intellectually vacant” and the country a “make believe land of fudge and fakery”.

These scathing remarks from the international community crystallised national support for Modi and May 23, 2019 put the debate to rest, telling the world what India really is – an exemplary democracy that does not seek validation from a few writers in Manhattan or London to create the ideological roadmap for our future.

However, it is imperative to discuss a political narrative that goes beyond cow lynchings and hate speech, as some leading Western publications have been trying to propagate. Modi’s victory is unfazed by this empty outrage because it represents what India has always stood for – inclusion, development and progress.

The people of India have faith in their PM not simply because of his superstar appeal, but because of the way he has addressed the needs of different segments of Indian society through various developmental schemes. Some of the key initiatives by Modi such as Jan Dhan Yojna and Swachh Bharat have been praised by global organisations such as the World Bank. The Jan Dhan initiative has been lauded by the Bank as one of the most successful financial inclusion initiatives. Over 344 million bank accounts have been opened and to the critics who thrive on cynicism, only 16.3 per cent of these accounts were inoperative.

According to the World Health Organisation, Swachh Bharat’s cleanliness drive has been estimated to avert hygiene and food conditions-related deaths of over 3,00,000 children by October 2019.

Just before the 2014 electoral upset, only under 40 per cent of Indian households had access to toilets. By 2018, this number increased to 89 per cent under Modi. A rock star appeal doesn’t push the country to set electoral precedents - the provision of basic necessities does.

Making toilets and providing electricity to every village might not be consequential to the average New York Times subscriber, but it is what created the bond of trust between Modi and the woman who is no longer eve-teased as she tries to use the restroom in the morning.

A one-Dimensional analysis of any issue, let alone the Indian economy, is problematic. The 2014 Indian economy that was handed to Modi as a welcome package by the Gandhi family, was in a shambles with double-digit inflation, investors withdrawing funds from India and the country being included on the list of the “fragile five economies”.

The Modi government (despite certain mishaps) has in the past five years taken serious measures to change things around. Beyond focusing on better infrastructure, the transparency brought into the system through structural reforms such as GST, the Bankruptcy & Insolvency Code Bill and FDI in selective sectors, among others, has made India the favourite FDI destination in 2018, ahead of US and China.

Communal violence is unfortunately not new. It is a systemic product of the post-Independence social and religious fragility in India. However, fortunately, there hasn’t been a single case of large-scale communal riots since Modi came to power in 2014. Compare that with the UPA government, which failed to manage communal violence - the 2006 Aligarh riots, 2008 Dhule riots, 2010 Deganga, 2011 Bharatpur, 2012 Assam riots and most famously, 2013 Muzaffarnagar, are just a few examples that come to mind.

Indian voters recognise that the UPA government not just failed to maintain peace on a domestic level, but also on the international level, costing the country over 800 civilians between 2004 and 2014 at the hands of terrorism funded by neighbouring countries. Modi has denied India the chance to become a victim yet again and gave Parliament a culture shock when he pivoted from the meekish approach it has usually adopted in the past.

While it is satisfying for some to demonise Modi in the short run, it is much more difficult to come up with a clear and inclusive roadmap, rally the troops in a country with 100+ languages and six major religions and influence people in a unified manner and inspire meaningful change.

The truth is we don’t have the time or the bandwidth for despair anymore as we grow desperate to see India evolve into a global leader. The road is long and uphill, but empty criticism will not be carried as excess baggage by the citizens who are determined to rise.

(Mansi Sharma contributed to this article)

The author is an MBA graduate from MIT Sloan School of Management, Cambridge, USA.