Narendra Modi will go down in history as a great transformer 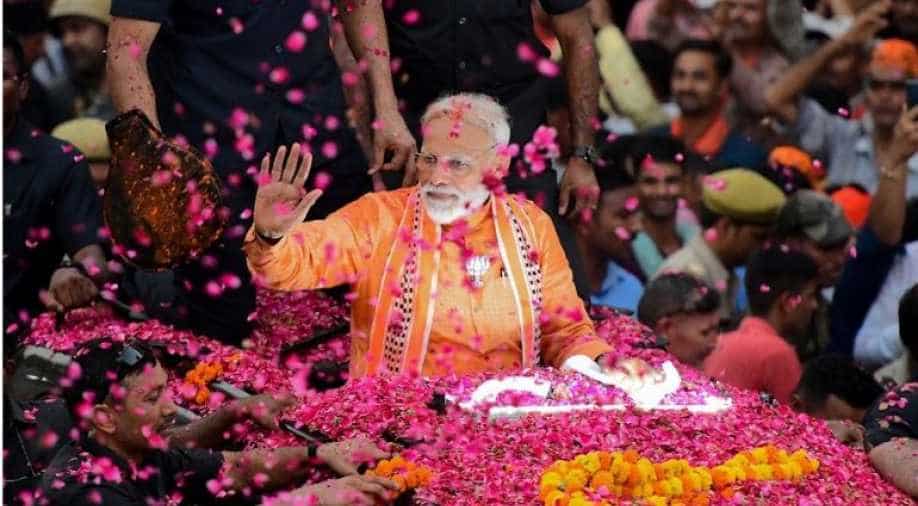 In his second term, Narendra Modi will drive his ministers to accomplish this vision, which includes not only uplifting the lives of ordinary Indians, but making India a great power on the world stage.

India has just been witness to history as the largest ever seven-phase electoral exercise in human history concluded on May 19, with the results being declared on May 23. Some 600 million women and men cast their ballot out of an eligible, incredible 900 million! A very respectable 67 per cent, which is higher than that in many developed countries. The final outcome surprised everyone. The BJP ended up not only as of the single largest party in terms of vote-share but comfortably crossed the half-way mark of 272 to bag 303 seats. This was 21 seats more than their tally of 282 in the 2014 general elections, way beyond anyone’s imagination or expectation.

Belying pollsters and pandits, the BJP even scored in Uttar Pradesh, where it was expected to lose big, in face of the ‘Mahagathbandan’ between BSP and SP. It got 62, just nine less than its tally of 71 seats in 2019. It more than made up for this shortfall in its extraordinary performance in West Bengal, winning 18 out of 42 seats, just four short of the ruling TMC, which bagged 22. Nothing short of unprecedented, this saffron surge far-surpassed its previous performance in the state. The BJP had sent only two Lok Sabha members in 2014 and only one in 2009 from West Bengal.

In addition, the BJP performed impressively in Gujarat (26/26), Maharashtra (along with the Shiv Sena, 41/48), and Karnataka (26/28 seats). Its almost complete sweep of the Hindi heartland, including Himachal Pradesh, Chandigarh, Delhi, Haryana, Rajasthan, Madhya Pradesh, Bihar, Chattisgarh, and Jharkhand, had already put it in a commanding position. Hardly any of the earlier polls and predictions had given BJP such a huge victory. They were proven wrong, but a couple of the exit polls were closer to the mark. Most of the latter, however, did predict a victory for BJP-NDA.

After the results came out the next, most awaited event, was the swearing in of the new government on May 30. It was accompanied by all the panoply and ceremony of power at the portals of the majestic Rashtrapati Bhavan, New Delhi. The day after, on May 31, even as I write this column, the portfolios of the council of ministers have just been announced. Amit Shah, the long-serving and most successful party boss of the BJP, has been inducted as India’s new home minister. Now we truly have our own ‘Loh Purush’ or Iron Man in this very important ministry. We may look to big-ticket interventions of Modi 2.0 in Jammu and Kashmir, besides progress on the Ram Temple at Ayodhya.
The biggest, boldest surprise was the induction of S Jaishankar, former foreign secretary, as the minister of external affairs. In addition, former defence minister, Nirmala Sitharaman, was promoted to finance. Both these appointments of political outsiders, who have never stood for an election, means a new US-style merit-based Cabinet formation, mixed with the old Indian practice of awarding berths to seniority, region, state, caste, language, community, and political importance.
We have in place a new way of recognising and rewarding talent, in addition to running the government. Performance rather than patronage seems the deciding factor. ‘Motormouths’ or those who were too press-friendly, including Nitin Gadkari, were put in their place. ‘Giant-killer’ Smriti Irani, too, was not especially compensated for defeating Rahul Gandhi in Amethi. Prakash Javadekar, former MHRD Minister was sent to a ministry he’s best suited to, Information and Broadcasting, with an additional charge of Environment. The new MHRD Minister is writer-poet and former CM of Uttarakhand, Ramesh Pokhriyal.

I was fortunate to follow and comment on these elections closely from the comfortable perch of an armchair analyst on WION (World Is One News). The analysis was actually polite and informative, with carefully chosen panels of experts both domestic and international. No shouting, heckling, butting in, speaking out of turn. What a refreshing change from the pugilistic and uproarious din on other channels, where there is more sound than sense, more smoke than light.

One of my co-panellists on WION made a remark that best sums up this history-in-the-making that we have been privileged to participate in. Narendra Modi would like to be seen as the ‘great transformer’. Mao Zedong, the founder in 1949 of the Republic of China and undisputed leader of the single-party state till his death in 1976, was called ‘the great helmsman’. Modi, in contrast, will go down in history as the great transformer. Modi 2.0 has not only broken the Nehruvian consensus but given us a new conception of India. In his second term, Modi will drive his ministers to accomplish this vision, which includes not only uplifting the lives of ordinary Indians but making India a great power on the world stage.