Myanmar crisis: In conflict zones, there exists a deep conflict between human rights and states 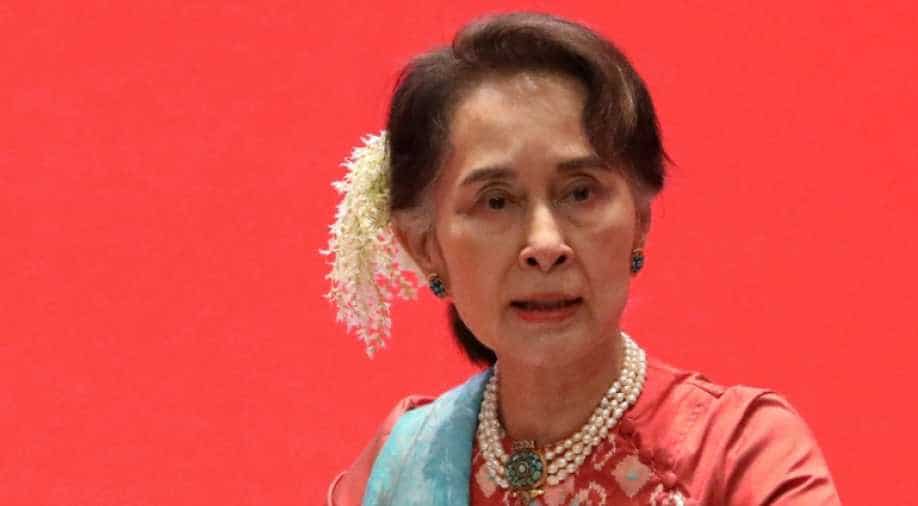 Often times, states, even in the developed world, are in breach of human rights in one form or the other.

The United Nations has asked foreign investors and social media firms to ensure that they support human rights in Myanmar. The country, as is well known, is in the midst of a brutal conflict with its Rohingya Muslims. 730000 of these hapless people have fled Myanmar. The United Nation’s suggestion is a prudent one and can be an effective tool to ensure that human rights are not abrogated by states, not only with respect to Myanmar but also in general terms.

Human rights accrue to people by virtue of being human. These are an intrinsic good which must not only be protected but also promoted. But, in practice, what is observed is that there is tension between human rights, states and sovereignty thereof.  Overlaying these countervailing forces to human rights is geopolitics which does not attach much import and significance to these. Often times, states, even in the developed world, are in breach of human rights in one form or the other. Consider the United States whose self-perception is that of a liberal democracy wherein the individual rules the roost, so to speak. But, in practice, besides obvious structural and institutional issues with African Americans, access to justice is prohibitively expensive making, in the process, a mockery of individual and human rights.

In the less developed world, especially in conflict zones, there is a deep and visceral tension between human rights and state(s). Owing to the precedence of state interests or raison d’etat, and other prosaic matters, states abrogating and violating human rights do so almost with impunity, usually behind the shield of state sovereignty.

This is a reality that can be observed with empirical precision as far as the killing fields of Syria, Myanmar, and other places. The international state system and the foreign policies of states, oriented as they are toward state interests have proven to be woefully inadequate in protecting and promoting human rights. Where then can relief be found?

While much has been made of “de-globalisation” and allied trends, the fact is that even though the large megatrend of globalisation might have slowed down, but it has not disappeared. Globalisation is real and while its momentum might have dissipated, it is a historical reality that can neither be wished away nor be made to disappear. The relevance of globalisation to human rights and to the thematic issue dwelt upon in this essay is that counterintuitively perhaps, the propelling forces of the idea and its practice can be used to protect human rights. The reference here is to markets.

In a globalised world where autarky or self-sufficiency is passé and where interdependence is the norm, markets can be employed to discipline states. Capital flows, both portfolio and foreign direct investment, the quest for the Rate of Return and yield, among other things, constitute the sine qua non of economic growth, in this day and age. And, economic growth not only is essential for obvious reasons but it also accords legitimacy to regimes and governments. Stop the tap, so to speak, a given nation-state can be brought to its knees. Obiter dictum, while financial economists can debate the extent of the correlation between financial markets and the real economy, that there is a link is almost indubitable. If markets take a tumble, the real economy is impinged upon, pretty drastically at times, as was demonstrated all too eloquently in and during the 2008 financial crisis.

The key here lies with investors who, as an assorted and a diverse class, can choose to punish and discipline a given state that is killing, maiming, and persecuting its own people. Minds of the policy and political elite of the “target country” can then be concentrated with such poignancy and alacrity that no sanctions or reproach by other states or non-state organisations can do. The United Nations, as an international body, is hamstrung by issues of a structural nature, the most potent of which is state sovereignty and the shield it accords to states who can do whatever they live within their respective jurisdictions. The states constituting the international system are too caught up by raison d’etat to do anything substantive about human rights. It might, however, be markets that can constitute a robust disciplinary force that not only protect but promote human rights.

It is here that the United Nations’ suggestion to investors, with respect to Myanmar, becomes relevant. Let foreign investors see Myanmar as a test case and let it be the starting point for and of markets to be used for good.