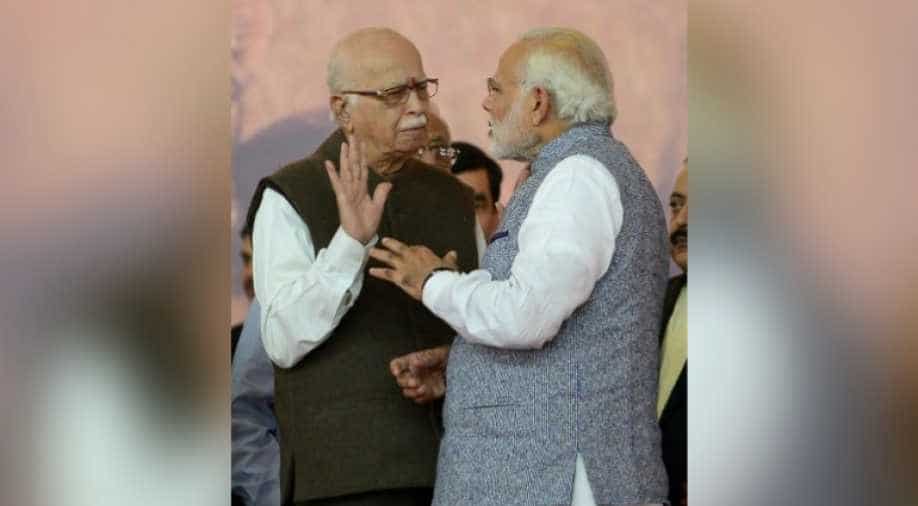 If Mukherjee was its founder, Deen Dayal Upadhyaya was Jana Sangh’s most influential ideologue. His “Integral Humanism” remains the guiding philosophy of the BJP.

The Bharatiya Janata Party (BJP) was formed on April 6, 1980. Today, with a vaunted membership of 100 million people, it is the world’s largest political organisation. What is more, from a dismal tally of just two seats in 1984, the first general elections after it was founded, in 2014 it notched up an impressive 282 of the National Democratic Alliance’s total of 336 seats in the 543-seat Lok Sabha. What an incredible success story, even its harshest critics would admit.

Actually, the climb of the BJP to its current summit is even more remarkable than it might first appear. In its earlier avatar, it was known as the Akhil Bharatiya Jana Sangh or Jana Sangh, for short.

The Jana Sangh was started on 21 October 1951. Unfortunately, its founder and first president, Syama Prasad Mukherjee, died in Srinagar less than two years later, on June 23, 1953. Mukherjee entered Kashmir on May 21, 1953, to protest against Article 370 granting special status to the state.

His slogan, “Ek desh me do nishan, do pradhan, nahin chalega, nahin chalega,” had become popular all over India at that time. Mukherjee was arrested at Lakhenpur soon after he had crossed the “border,” then transferred to Srinagar Central Jail. When his health deteriorated, he was placed under house arrest. There, diagnosed as suffering from “dry pleurisy,” he had a severe reaction to streptomycin administered by Dr Ali Mohammad. On June 22, Mukherjee was transferred to the hospital after suffering a heart attack. The very next day, he died in circumstances which many regard as “suspicious.” No post-mortem was conducted, nor did Prime Minister Jawaharlal Nehru seek to an inquiry.

If Mukherjee was its founder, Deen Dayal Upadhyaya was Jana Sangh’s most influential ideologue. His “Integral Humanism” remains the guiding philosophy of the BJP.

Upadhyaya became the president of Jana Sangh in December 1967. Just a couple of months afterwards, he was murdered on February 11, 1968. Around 2:00 am, he was pushed out of a moving train nearing Mughalsarai Junction. His body was found some 700 metres from the platform. A one-man inquiry commission by Justice YV Chandrachud, then of Bombay High Court, concluded that “nothing that has come before me can support the accusation that there was any politics in Shri Upadhyaya’s murder.” Last August, Mughalsarai was renamed PT. Deen Dayal Upadhyaya Junction.

During the anti- and post-Emergency period of 1977-1980, the Jana Sangh merged into the Janata Party. This conglomeration of ideologically diverse pollical forces, which had come together to oust Indira Gandhi from power, fell apart, giving rise to most of the non-Congress political formations that are present till today in our complex electoral arrangements. The issue flagged by the opponents of the Jana Sangh faction within the Janata Party was the former’s “dual membership” or link with the other “Sangh,” their parent organisation, the RSS. Indeed, it is this umbilical cord that actually defines the BJP’s distinctive identity in our political spectrum.

That is why the two “real” progenitors of the BJP must not be overlooked. “Guruji” Madhav Sadashiv Golwalkar became the Sarsanghachalak or head of the RSS in 1940. He inspired Mukherjee and other right-leaning leaders, giving them several RSS workers to start a political party. Before him, “Doctorji” Keshav Baliram Hedgewar, the founder and first Sarsaghachalak of the RSS, had already recognized the need for a political party to safeguard the interests of the Hindus. That is why the Jana Sangh was established close to his birthday, Gudi Padva, the start of the new year for Maharashtrians, Telugus, and Kannadigas. A former Congressman, Hedgewar founded the RSS in 1925 and was a prominent member of the Hindu Mahasabha. The latter, however, failed to take off. After independence, Golwalkar decided to support another political organisation, which is how the Jana Sangh came into being.

Given this background, when one of the founders of the BJP, nonagenarian LK Advani, writes a blog, the nation sits up and takes note. Especially on the eve of the 39th anniversary of the foundation of the party and just before the general elections. Who can disagree with the view that “in our conception of Indian nationalism, we have never regarded those who disagree with us politically as ‘anti-national’”? Or that “Nation First, Party Next, Self Last” and “the triad of Satya (truth), Rashtra Nishtha (dedication to the Nation) and Loktantra (democracy, both within and outside the party)” should guide the party? PM Narendra Modi, the BJP’s star campaigner, was quick to take advantage of Advani’s admonitions. He tweeted, “Proud That Greats Like LK Advani Strengthened BJP” and “Perfectly sums up true essence of BJP” thus check-mating the opposition’s and media’s attempt to turn Advani’s statement against the current BJP leadership.