JNU is not India but represents the idea of India 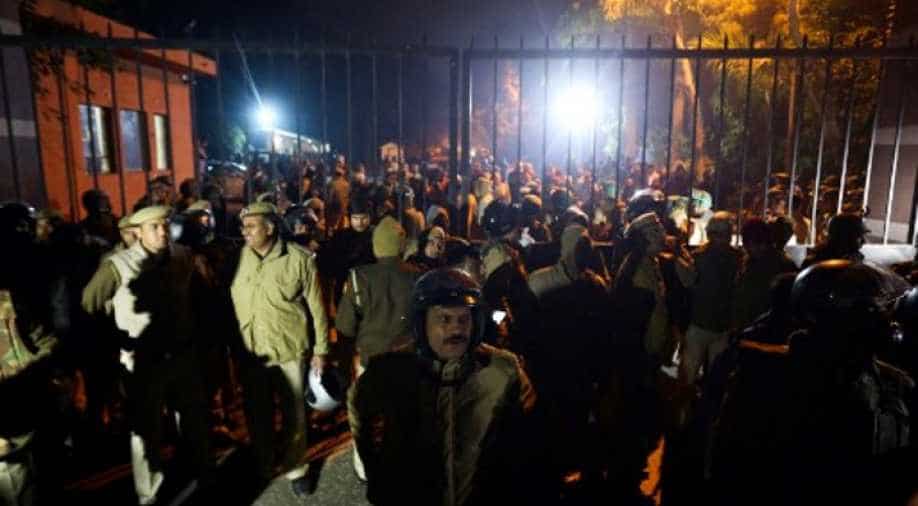 2019 protests against CAA, economy and NRC have been leaderless and far more spontaneous

The ugly violence which took place on Sunday night in JNU is just the tip of an iceberg. The rampage which goons indulged in looked straight out of Bollywood film where students replace debate with a baton to be followed by the destruction of public property and beating up of fellow students.

This is what exactly happened in JNU. Who were these people? Where did they come from? It is a matter of investigation but what is loud and clear is that violence was organised in the form of a hit back against a section of JNU students. A warning from a section of the establishment that protests will be met with a baton if it continues to embarrass the state.

The protests are a manifestation of a deep divide India has undergone fundamental issues ranging from secularism to economy to dissent to definition of patriotism. But it is for the first time that anti-government sentiments are running high in the country. The protests have broken BJP’s equilibrium whereby the interest of the state became common with the interest of the BJP-RSS combine.

For the past 5 years, both were seen as one and BJP was seen as the custodian of the national interest. It is not the case anymore. BJP’s core vote may remain intact and may also consolidate because of reverse polarisation, but a new constituency is indeed coming up against Narendra Modi in the form of unabashed student protests across the country. In 2016, JNU controversy and Rohinth Vemula suicide created unprecedented sympathy and media traction but failed to turn into a nationwide street protest. The streets remained with BJP and 2019 Lok Sabha elections stands as testimony of failed campus politics. This time the street has reclaimed its space as a place of dissent.

So, the question is what makes the protests in 2019 different from 2016. The 2016 campaign became political from the beginning and saw politicians making a pilgrimage to educational institutions to revive the party’s morale after Lok Sabha drubbing in 2014 elections.

2019 protests against CAA, economy and NRC have been leaderless and far more spontaneous than the one which took place in 2016. Today, the protests are about policies of the government.

The stand-off is not on slogans and idea of India but a policy which has been passed in both houses of Parliament. The difference is that in 2016, the response towards protests was mild and only violence witnessed was in a court in Delhi where Kanhaiya Kumar got roughed up.

This time protests have been countered with strong protests from the groups supporting the government. It is not the first time that RSS-BJP and Left cadres have clashed. Just go down South - in Kannur, you would realise that hundreds of cadres of both sides have been bumped off. In fact, Home Minister Amit Shah launched previous Kerala campaign on this note. The campaign failed and Left came to power in Kerala. JNU is the last ideological bastion not captured by BJP and Left understands it. Electorally, JNU is insignificant but it has a huge symbolic value. It is this symbolic value which BJP wants to exploit.

The biggest challenge for the student protest is to incorporate middle India. When I use the word middle India, I mean those Indians who do not hate Muslims. But they come with their biases and a strong sense of what is good and bad for the country. I think the agitators should not throw history books and the Constitution at their face. The success of the agitation lies in making apolitical civil society take a political position which affects electoral politics.

This is what fundamentally happened during the Anna Hazare agitation where the distinction between pure politics and apolitical civil society merged. The civil society participated in the agitation for larger good by saying that it is an apolitical agitation for the larger good of the state. They made a political choice in politics without committing themselves to any party. It was for this reason that Congress lost, not the election but its hegemonic role in Indian politics. BJP should understand this. If this is to happen again, they would definitely be out of both South Block and people’s mind together.