Is it going to be Rahul Gandhi vs Narendra Modi in 2019? 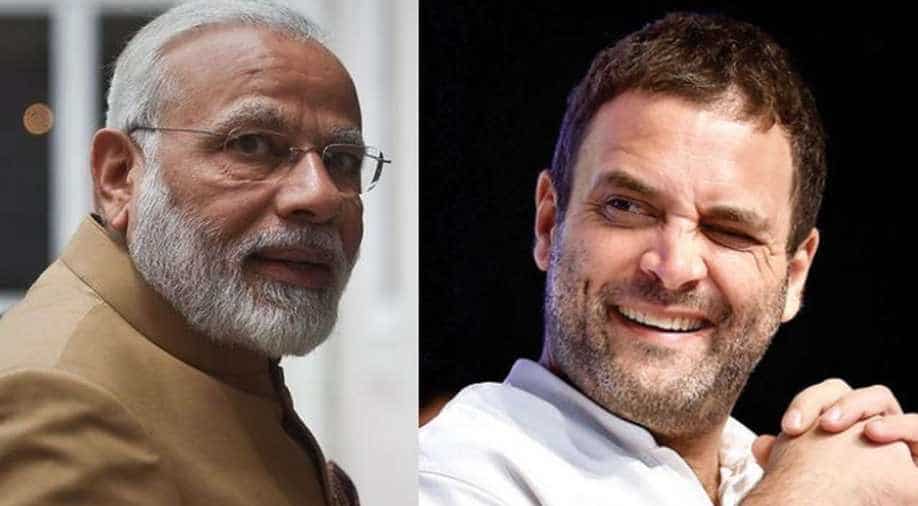 In the last few days, Congress president Rahul Gandhi has scored a few crucial political points over its main rival the BJP.

Though the Congress leadership has come under a dark cloud over its role in the 1984 anti-Sikh riots and the life sentence given to its former MP Sajjan Kumar, the party hopes that the controversy over Kamal Nath, whose name is also involved in the riots, will soon die down.

1984 riots in the wake of Indira Gandhi’s assassination will remain a blot on the Congress till it squarely and openly admits the role of its leaders and shuns them from the party. But that controversy aside in the last few days Congress president Rahul Gandhi has scored a few crucial political points over its main rival the BJP. Despite some ugly wrangling over chief ministership in Rajasthan and Madhya Pradesh, the Gandhi scion has ensured a relatively smooth process of appointment of chief ministers in three central Indian states.

It is not just a coincidence that since the results of these crucial Assembly elections have come out the BJP President Amit Shah has not really spoken on it. He just said, “Congress might have won but the BJP hasn’t lost either”. In a way Shah is correct as barring Chhattisgarh, Congress has been able to reach the majority figure only with the help of allies like the BSP and SP, as well as some independents. Moreover, with the crushing defeat in Mizoram, the Congress lost its last bastion in the northeast there making it 'Congress Mukt'.

Despite that, on the whole, far from being 'Congress Mukt' the country seems to be warming up again to the grand old party and its young leader, Rahul Gandhi.

Adding more allure to Rahul’s appeal are the farm loan-waivers being undertaken by MP, Chhattisgarh and Rajasthan government. “Victory has many fathers and failure has none”, goes the saying. Today, this holds true for Rahul Gandhi as on one hand his acceptability both in the Congress old guard and the opposition ranks is now a debate that is settled.

DMK’s M K Stalin may have prematurely pushed for Rahul as the Opposition’s PM candidate, but even if it precipitated disapproving murmurs from parties like the TMC, Rahul’s case for becoming the face of 'Grand Alliance' has only been strengthened by the Assembly victories.