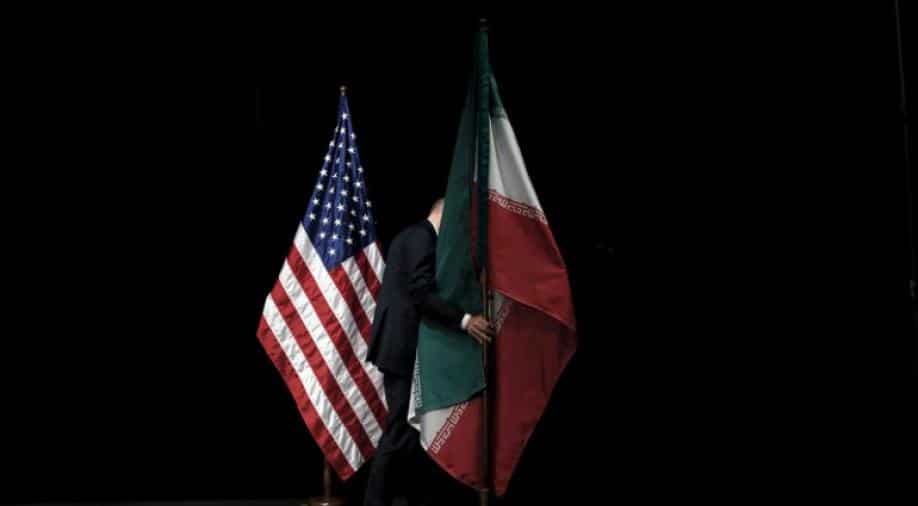 Tensions between the US and China over multiple trade and other issues are not helping.

In a world run ragged by multiple crises and an unravelling of American global leadership, military confrontation in the Gulf poses risks that extend well beyond the region itself.

One of the greater risks is to a global economy dependent on the continued flow of oil from Middle East producers in the Persian Gulf.

A Gulf crisis is the last thing the world needs when confidence between Washington and its European allies has been undermined by an unpredictable Donald Trump administration.

Tensions between the US and China over multiple trade and other issues are not helping.

These are high octane moments in the Gulf as America and its allies confront difficult choices in how to deal with an Iran that has clearly decided to test the limits of western tolerance.

Iran’s seizure in international sea-lanes of a British-owned tanker in the Gulf of Oman at the entrance to the Strait of Hormuz and the Persian Gulf itself is highly provocative.

Britain, with Boris Johnson likely to be installed as its new prime minister this week, is facing a test of its resolve. Its ability to navigate its way through this crisis carries with it real risks of wider conflict.

Detention of the Stena Impero in retaliation for Britain’s seizure earlier this month off Gibraltar of the Iranian oil carrier, the Grace 1, represents a significant escalation of what had been a war of words between Tehran and London.

Iran’s wider purpose is to raise the costs to the west of maintaining security in the Persian Gulf in response to American-imposed sanctions that are strangling the Iranian economy.

Attacks on oil tankers and facilities in the Gulf over the past month are widely attributed to Iran or its proxies. These attacks have reminded the international community that one-third of the world’s seaborne oil passes through the Strait of Hormuz every day.

Iran has the ability, if only temporarily, to shut down a choke point that is critical to the well-being of the global economy. Interference with oil shipments from the Gulf would prompt a spike in prices and prove a drag on slowing economic activity globally.

Tehran’s regime is playing a high stakes game born of its worsening economy. American-imposed sanctions are doing real harm to livelihoods and well-being of Iranians.

Reports of sporadic civil unrest over rising prices and shortages attest to the challenges facing the regime.

Sanctions are crippling Iran’s ability to export its oil, overwhelmingly its main source of foreign exchange. The US says that since oil sanctions were tightened last November, Iran has lost something like US$10 billion in revenue foregone.

The International Monetary Fund reports that Iran’s economy shrank by 3.9% last year. It is expected to shrink by a further 6% this year. Unemployment has risen sharply.

At the same time, the value of the Iranian rial against the US dollar has collapsed by 60% in the past year, adding to cost of imports and fueling inflation.

There are reported shortages of imported medicines.

It is against this background that Tehran has clearly embarked on a campaign to remind the West of its ability to increase the costs of maintaining regional security.

Tehran’s message is this is not a zero game.

For Washington and its allies, the question becomes: how does the international community respond to Iranian provocations?

Does it allow the US, egged on by the Sunni Gulf state like Saudi Arabia, to lead it into a military confrontation with Iran, or does it seek to deescalate potential conflict?

This is a question the federal government needs to ponder since it is likely Australia would be asked to make a contribution in the event of a continued deterioration of the security environment.

Given the stakes involved, the wisest course would seem to be reopening discussions with Tehran about Gulf security and an American-imposed sanctions regime.

However, this will be easier said than done.

Washington would need to unscramble an ill-advised decision to abrogate a 2015 agreement to freeze Iran’s nuclear program. The US reimposed sanctions that had been eased under the Joint Comprehensive Plan of Action (JCPOA) negotiated painstakingly over some months by the Barack Obama administration.

Trump’s decision to abandon the JCPOA and reimpose sanctions is what has brought the Gulf to the brink. If conflict results, this will be a heavy price for capricious American policymaking.

Iran was complying with its obligations under the JCPOA. But it has now indicated it will resume enriching uranium above agreed levels.

Faced with the possibility of renewed conflict in the Gulf, Trump himself has offered to talk to Iranian leaders “without preconditions”. Tehran has said it will not negotiate without an easing of sanctions.

Overcoming this impasse will require concessions Washington has not yet indicated it is prepared to make. In the meantime, the risk of wider conflict grows.

This is just the scenario Middle East experts have been warning about.