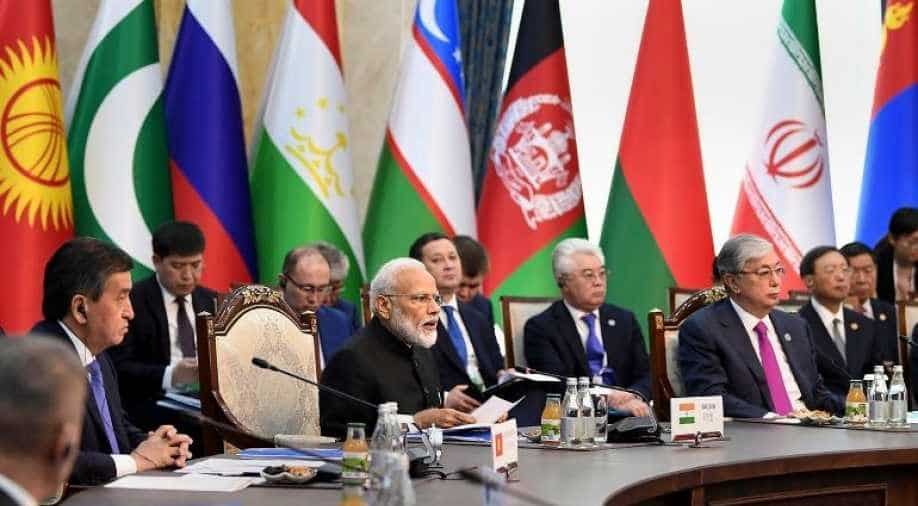 The current meeting in Bishkek comes at a time when the world is once again witnessing international turbulence.

When India joined the Shanghai Cooperation Organisation (SCO) and was admitted as a full-fledged member along with Pakistan in June 2017 at Astana, Kazakhstan little did people in India know about the dynamics of this group. Even less was appreciated about the commonalities that the constituents had in terms of interests.

SCO is the largest regional organisation in the world in terms of geographical coverage and population, covering three-fifths of the Eurasian continent and nearly half of the human population. It is essentially a forum for cooperation in economic and security domains while also promoting cooperation in political affairs, trade, scientific, cultural and educational spheres as well as in energy, transportation, tourism, and environmental protection.

The annual summit meeting is a very apt platform for discussion between heads of governments and states particularly on issues of geopolitical concern. India’s presence as a full-fledged member contributes to the multilateral nature of India’s engagements. The major advantage is that on a structured platform it shares space with China with whom it desires an equitable and mutually respectful relationship but the existing trust deficit prevents this from manifesting fully into anything transformational. Yet India’s admission into SCO is itself an indicator of China’s similar desire. With Russia, India enjoys a traditionally strong relationship which has its hiccups due to the Russian perception about India moving on, with multilateralism weathering the historically trusted and mutually beneficial relationship. The Central Asian states desire cooperation and consultation with India but scope in economic terms has been greatly restricted due to the obstacles laid by Pakistan. Pakistan’s presence, in the long run, may prove to be mutually beneficial if and when some traction is gained in terms of the trust. The utility of SCO as a vehicle for improving relationships and setting aside differences was borne out by the way in which India and China utilised the Qingdao meeting in June 2018 to build upon the achievements of the bilateral Modi-Xi summit at Wuhan. In fact, Wuhan and Qingdao became synonymously linked to the new spirit of Sino-Indian cooperation after setting aside the Doklam standoff. Now at Bishkek, PM Modi’s first deliberations have taken place with President Xi Jinping of China with a full review of Sino-Indian relations since November 2018 and have led to a conclusive decision regarding the Chinese President’s visit to India later this year. Despite India’s reluctance to join China’s Belt and Road Initiative (BRI) and its absence for the second time at the BRI summit, the two nations have followed a policy of engagement. With greater understanding and now the decision at Biskek to address border issues on priority perhaps ways will also eventually be found to address India’s major concern about BRI which dwells upon the development of infrastructure in territories claimed by India and not currently under its control.

While social and economic protocols and issues undoubtedly form the bedrock of such a grouping the current meeting in Bishkek, comes at a time when the world is once again witnessing international turbulence. The US-China trade war promises to upset many economic understandings. The US-Iran standoff and the threat to the stability of energy supply most adversely affect India and China. The US is attempting to break India’s dependence on Russia for advanced military equipment by offering F-35 aircraft in return for India pulling out of the S-400 deal with Russia; there have been quiet threats about the imposition of Countering America’s Adversaries Through Sanctions Act (CAATSA) against India. While acts of global terror have reduced, notwithstanding the recent suicide bombings in Sri Lanka, the world is yet worried about violent radical extremism and India is particularly concerned about the threats it faces from Pakistan and potentially from others. Global terror is a subject that falls in SCO’s ambit and it is a good opportunity for India to highlight its own case.

The issue which observers in India are focused upon is India-Pakistan relations and how these will manifest at Bishkek. For some months now PM Imran Khan has been making overtures in the hope of a positive Indian response. The SCO meeting gave further hope that there would be an opportunity to break the ice through a Modi-Khan meeting on the sidelines. However, PM Modi chose to adopt a cool approach right from the outset. His decision not to overfly Pakistan airspace was designed to send the message that India will not engage in any peace process as long as Pakistan continued to use terror for attaining its strategic objectives. Actually, Pakistan’s attempt to engage with India continues to appear insincere. Four months after Pulwama attacks, Pakistan is under international scrutiny and much pressure to demonstrate its willingness to forego the use of radical and violent proxies. With its economy in doldrums, Pakistan is keen to showcase a new avatar.

India has the right to safeguard its interests even though the indicators in Jammu & Kashmir do reveal lower levels of strife and violence. Premature decisions in earlier years forced retraction; lessons from there demand prudence in being involved with any further engagement with Pakistan. A forum such as SCO is an ideal one where the projection of India’s morally stronger narrative will help with more international pressure being built upon Pakistan. Russia and China are important players in this regard.

Lastly, while SCO projects India in engagement with two of the major detractors of US interests, India has to remain steadfast with its multilateralism which under the circumstances is the only way forward. It will face more US pressure to retract from further development of these relationships but in geopolitics age, old adages continue to play and binaries are never the norm.