How calm in Gaza stirs storm in Israel

Be it the general public or coalition partners, all are angry at Israeli prime minister Benjamin Netanyahu for
signing a ceasefire deal with Hamas, the terms of which are still unclear.

There were celebrations in Gaza. People distributed Sweets and celebrated the ceasefire after two
days of intense clashes between Palestinian factions and Israel on Monday.

On the contrary, the mood in Israel was sombre and there were protests in southern Israeli territories and Tel Aviv with the protesters chanting “Bibi go home”.

The Egyptian brokered ceasefire after the latest bout of violence that brought the two sides on the brink of full scale war since 2014 has stirred a political crisis in Israel.

Be it the general public or coalition partners, all are angry at Israeli prime minister Benjamin Netanyahu for signing a ceasefire deal with Hamas, the terms of which are still unclear.

The Israeli public and politician demanded a price from Gaza’s Hamas rulers for firing over 400 rockets at
southern Israel, despite Tel Aviv sparking the latest round of violence.

So how it all started that is threatening the survival of Bibi Netanyahu’s government right-wing government.

A senior Israeli officer was also killed during the operation when Palestinian security forces gave Israelis a chase.

The covert Israeli operation was in complete violation of the previous ceasefire between the two sides.

The Israeli operation is still shrouded in mystery as to what was the purpose of the covert raid. However, Israeli military analysts say such operations in Gaza are routine as part of intelligence gathering. But the tricky part of the raid was that this was exposed this time.

Also, there is suspicion whether Israel has resumed its policy of targeted assassination. Surprisingly, the Israeli commando operation comes days after Netanyahu talked about normalising things in the besieged Palestinian enclave. He even allowed $15 million Qarati cash into Gaza to pay salaries of the employees who had not been paid for years.

Also, the deadly raid in the absence of prime minister Netanyahu, when he was in Paris to attend World War I centenary, raises many questions.

Was Netanyahu being diabolic in his deeds and words on Gaza? If not then who ordered the operation?

Experts argue there are some elements in the Israeli military establishment who doesn’t want normality in Gaza. And this operation could be the part of that larger game.

So has Netanyahu suddenly become a peace dove? Analysts also reject this contention. They say Bibi is playing a divide and rule game with Hamas and Palestinian Authority led by Mahmoud Abbas, who has recently become more combative against Israel and U.S over President’s recognition of Jerusalem as Israel’s Capital.

The ceasefire proposal agreed to by Netanyahu has rattled right-wing leader Avigdor Lieberman, who resigned as defence minister. He has termed the ceasefire as “complete capitulation to terror”. Hamas celebrated his resignation as a political victory.

Leiberman’s resignation and withdrawal of his party from Netanyahu coalition has left Bibi with just one seat majority in the 190 member Knesset.

However, Netanyahu is seemingly unfazed by the political trouble brewing around him. But he has other problems at hand.

His another coalition partner Habayit Hayahud party is demanding that its leader Naftali Bennett be made defence minister. Bennett is considered more hawkish than Leiberman in security matters concerning Gaza.

Though Bennett supported the Netanyahu sponsored ceasefire, he sided with the Leiberman in the security cabinet for harsher actions in Gaza.

The trouble does not end here for Netanyahu. His other coalition partners finance minister Moshe Kahlon and interior minister Aryeh Deri have called on the prime minister to call early election in the best interest of the country.

But despite all the troubles, Israeli media reports say Netanyahu enjoys favourable ratings in the latest opinion polls and an early election would propel him to another term. However, only election will decide whether Netanyahu’s Gaza Gamble will pay off or prove to be his nemesis. 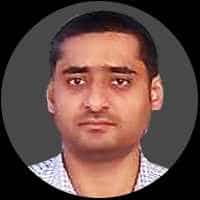 Nakshab Khan is a Producer with WION. The writer specialises in International Affairs and Polity