For Turkey, Xinjiang visit amounts to a risky gamble 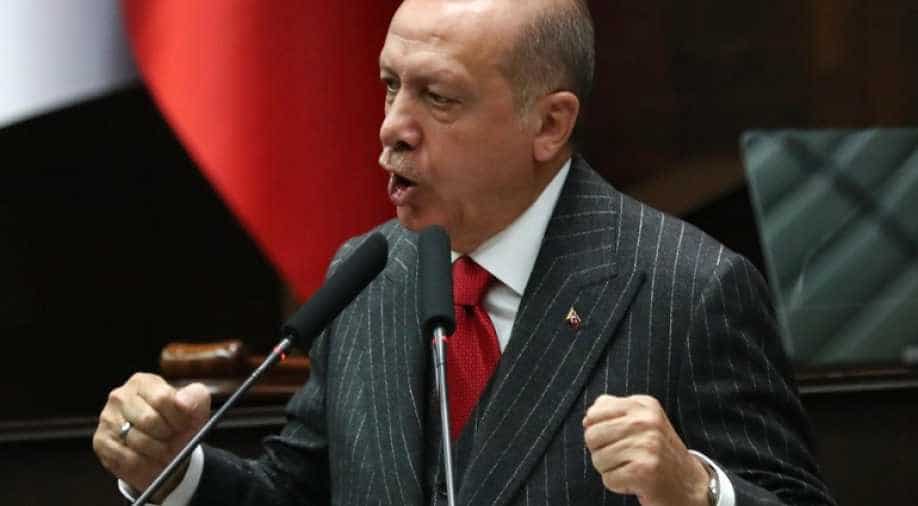 An official Turkish visit to the troubled north-western Chinese province of Xinjiang to assess reports of a brutal crackdown on the region’s Turkic Muslims could shape Turkey’s challenge to conservative Gulf states’ leadership of the Islamic world and complicate Muslim silence about the most frontal assault on their faith in recent history.

The visit to assess the situation in Xinjiang was agreed in talks with Chinese leaders when Turkish president Recep Tayyip Erdogan raised the issue during a recent visit to Beijing.

Erdogan appeared to set the tone for the visit by declaring that it was possible to "Find a solution to this issue that takes into consideration the sensitivities on both sides."

Walking a fine line, Erdogan went on to say that "those who exploit the issue…by acting emotionally without thinking of the relationship that Turkey has with another country, unfortunately, end up costing both the Turkish republic and their kinsman."

For its part, China seemingly sought to frame the Turkish visit with state-run China Daily newspaper quoting Erdogan as telling Chinese leaders that "It is a fact that the people of all ethnicities in Xinjiang are leading a happy life amid China's development and prosperity."

Turkey has in the past sought unsuccessfully to mediate tensions in Xinjiang in part by agreeing with Beijing on an investment program in the Chinese region.

For Turkey, the visit amounts to a risky gamble.

A Turkish confirmation of the extent of the crackdown would position Erdogan as a leader willing to defend Muslim causes that other leaders have chosen to ignore much like he attempted last year to take the lead on denouncing US recognition of Jerusalem as Israel’s capital.

Turkey earlier this year briefly appeared to be willing to take on the Xinjiang issue when its foreign ministry harshly condemned Chinese policy but has largely remained silent since.

In response to the criticism, China temporarily closed its consulate in the Mediterranean port city of Izmir, warned Chinese residents and travellers to Turkey to “Be wary and pay attention to their personal safety,” and threatened further economic retaliation.

If Turkey, on the basis of the visit, were to endorse China’s assertion that it is countering extremism by offering voluntary vocational training to Turkic Muslims, it would be granting a significant victory to China given Turkey’s ethnic and cultural ties to the Xinjiang Muslim community.

It would project Erdogan as just one more Muslim leader who for economic and commercial reasons was willing to cold-shoulder co-religionists in a time of need.

An endorsement would group Erdogan with men like Saudi crown prince Mohammed bin Salman who earlier this year during a visit to Beijing recognized China’s right to undertake "anti-terrorism" and "de-extremism" measures and Pakistani prime minister Imran Khan and Indonesian president Joko Widodo who professed to be unaware of the situation in Xinjiang.

Trying to balance Turkey’s position as a safe haven for Turkic Muslims while maintaining close ties to China, Turkey last month said it had granted 146,000 residence permits to members of various Turkic communities, including an estimated 35,000 Uyghurs.

“You don’t need to worry. I want you to know that we will use every chance in favour of you to provide that you will reach tomorrow as citizens of the Republic of Turkey, brotherly and sisterly,” interior minister Suleyman Soylu told a breaking of the Ramadan fast dinner.

China’s past attempts to convince foreign diplomats even if they remained publicly silent and journalists of its version of events by taking them on guided tours of Xinjiang have largely produced moderate results at best.

How Turkey handles the visit to Xinjiang is likely to resonate in major parts of the Islamic world.

The delegation’s conclusion is likely to come as pressure plays out on the Sudanese military by Saudi Arabia and the United Arab Emirates to revisit several Turkish contracts concluded with ousted president Omar al-Bashir, including the development of Khartoum airport and a port on Suakin Island.

The port project would put Turkey too close for comfort to the Saudi Red Sea coast and challenge the UAE’s effort to dominate East African ports.

Turkish criticism of China could also complicate efforts by Central Asian governments to ignore Xinjiang even if ethnic Kazakhs, Kyrgyz, Uzbeks and other Central Asians are among the detainees in the Chinese region, sparking anti-Chinese sentiment in former Soviet republics.

A critical Turkish stance could further aggravate problems, at least in Kyrgyzstan, stemming from China’s promotion of a non-competitive Xinjiang-based company competing for a major infrastructure project.

TBEA was awarded the contract despite lower bids by a competing Chinese company and a Russian company with an established track record.

It was not clear to what degree the push for TBEA was driven by an effort to line the pockets of corrupt officials and/or geopolitical objectives. China sees Central Asia and Pakistan as key drivers of economic development in Xinjiang.

Said Yang Shu, head of the Institute for Central Asia Studies at Lanzhou University in north-western China, commenting on Chinese strategy: “For countries that have good relations with China and have similar problems, it is easy for both to reach consensus on the Xinjiang issue. For other countries, explanations will not have much effect… But overall, it’s better to do it than not to do it.”

After vacillating between silence and criticism, the Turkish visit is likely to determine where Turkey really stands.