Fighting the scourge of AIDS 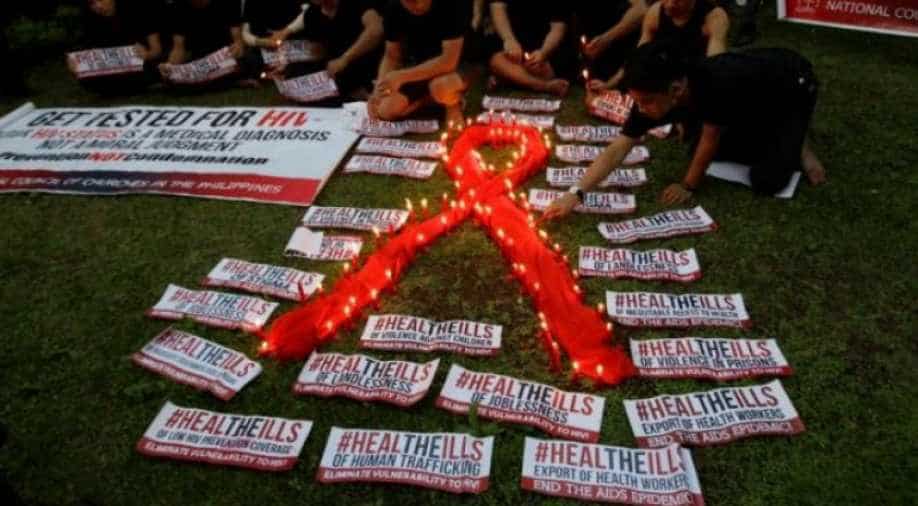 Knowing HIV status is a critical step to ensure one is not infected, and if infected, to get treatment at the earliest.

“Know your status” is the theme for this year’s World AIDS Day on December 1. Knowing HIV status is a critical step to ensure one is not infected, and if infected, to get treatment at the earliest. This is a theme focussed to end the AIDS epidemic by 2030. India with an estimated 2.1 million HIV infections has a long way to go to end the epidemic. This can only happen by ensuring all the infected know their HIV status and are put on treatment so that the transmission can be made negligible by strong preventive measures. Early HIV testing and early treatment significantly prevents HIV transmission.

HIV testing is for everybody who has any risk of acquiring HIV infection, may be through self-behaviour (sexual and/or injecting) or infected mother to child or accidental prick by infected needle/syringe and blood transfusion. HIV testing is not only for the high-risk groups (HRG) like the female sex workers, men having sex with men, transgenders and injection drug users; their population is miniscule compared to the total population of India. The infection is concentrated among HRGs but in terms of absolute numbers, the infection is higher among general population. The lesser the proportion, it becomes more difficult to detect the infection. There is a strong need for everybody to come out of inhibition, and get HIV tested. More men transmit HIV to their spouses than vice versa; which gets passed on to the unborn innocent in the womb. In 2017, an estimated 87,580 people got HIV infected. Out of this number, 22,677 were pregnant women.

At the moment, the country is gearing up for elimination of mother to child transmission of HIV by 2020. Under the initiative, all pregnant mothers need to undergo HIV testing; if HIV is detected, they are initiated on ART as early as possible, thus preventing the spread of the virus to the unborn and then, the newborn is provided with ART prophylaxis for a period of six weeks, followed by six months of exclusive breastfeeding. These guidelines, provided by the World Health Organization, have been adopted by the country. In 2015, Cuba made history by becoming the first country to eliminate mother-to-child transmission of HIV; in 2016, Thailand became the first South East Asian country to achieve the goal and this year Malaysia achieved the same; it is also possible for India to eliminate mother-to-child transmission of HIV.

The HIV/AIDS 2017 Act, promulgated by the Government of India states anybody stigmatising and/or discriminating against an HIV infected or affected will be penalised. If workplaces, schools and colleges force anyone to get tested against their knowledge and consent, the aggrieved can take strict action and also if admissions and job offers are denied on the basis of the candidate’s HIV status, then the institute can be marked by law with harsh punishments. It also talks of penalisation for breaching confidentiality of HIV testing. There are around 20,000 centres spread across the country, which are run by the government, and provide HIV testing free of cost. They also maintain confidentiality and provide confirmed results; they also provide counselling and connect the positives to ART centres for treatment. HIV testing is also freely available at private laboratories but they only conduct screening test and have no provision for counselling; for confirmation they refer to the government centres.

The reason to feel inhibited or stigmatised is getting weaker by the day. The world has come a long way with regard to HIV/AIDS outbreak since 1980s. From being a virtual death sentence with the infected destined to die through severe suffering of remaining in bed for months to years in skin and bones and unable to even self-care, HIV has now become a manageable disease. With the available free-of-cost antiretroviral treatment (ART) in the public sector, with one pill a day, the virus is manageable to an eventual state of undetectable form making the individual non-infectious and this state has to be maintained throughout his/her lifetime with that single pill. There are many individuals who were diagnosed in the 80s but are still living a healthy life in 2018; this affirms ART is effective and the science surrounding it is true. In India, around 29.7 million pregnancies occur every year. The ART also prevents transmission of HIV from the mother to the child. But for this to happen, the first step is detection of the HIV infected pregnancies. Thus, pregnant mothers need to undergo HIV testing.

So, let’s join hands and move on a progressive path towards ending the HIV/AIDS epidemic with the critical step of HIV testing without any inhibition. The message needs to be spread and practiced widely, across sections, ages, poor or wealthy, illiterate or literate, minority or majority, and by people living in rural or urban set-ups. Testing is important during high risk behavior and pregnancy. The law protects HIV positives from any stigma and discrimination.