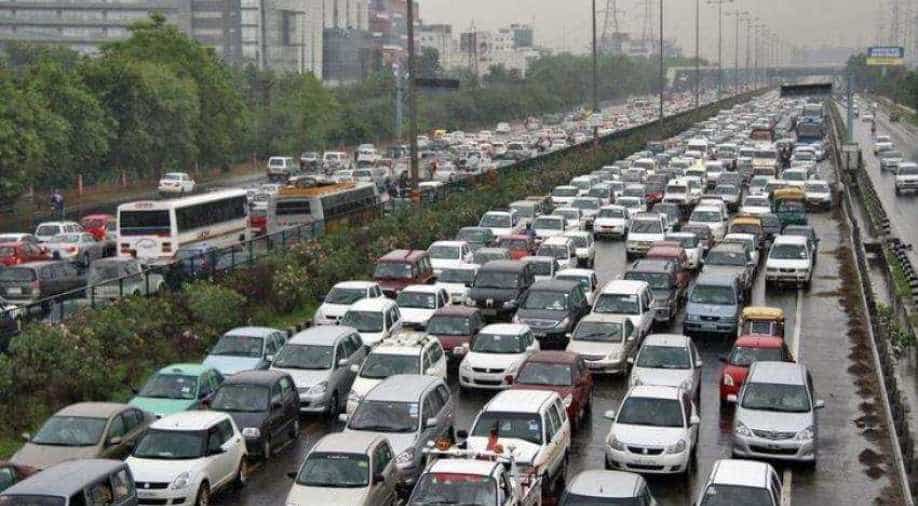 The impact of pollution is not just limited to health, as it effects agricultural productivity, visibility, buildings, climate, economy and overall, the image of the country.

Air quality is a key concern in India with about 80 per cent of its cities violating globally prescribed standards. The impact of pollution is not just limited to health, as it effects agricultural productivity, visibility, buildings, climate, economy and overall, the image of the country.

Delhi, a part of the National Capital Region (NCR), is one of the most polluted regions in India. On an annual average basis, PM2.5 concentrations in Delhi remain about three times above the standards.

Due to meteorological adversity, the problem worsens in winter and concentrations reach alarming levels. Based on recent The Energy and Resources Institute (TERI’s) findings, among several contributors, transport has a significant share, about 28-30 per cent, in PM2.5 concentrations during winter season in Delhi.

Emissions from the transport sector are dependent on vehicular categories, type and quality of fuels, vehicular age distribution and usage patterns.

As per the latest TERI study, within the transport sector, heavy duty trucks account for 8 per cent, two-wheelers 7 per cent , three-wheelers 5 per cent, cars 3.4 per cent, buses 3 per cent, LCVs and tractors 1 per cent each, in the prevailing PM2.5 concentrations.

So in all, private vehicles (cars and two-wheelers) account for about 10 per cent of PM2.5 concentrations in winters. This share goes down to 6 per cent in summers out of a total of 17% contributed by transport sector.

On the other hand, commercial vehicles (trucks, buses, three-wheelers, LCVs) contribute to about 17 per cent out of the total (28-30 per cent) share of transport in winters.

There are also vintage-wise variations among the vehicular categories. Delhi-NCR moved to BS-IV standards for cars in 2010. In general, older vehicles (pre BS-IV) have shown higher contributions than BS-IV vehicles in the ambient PM concentrations.

This is mainly due to the older technologies in these vehicles and also due to vintage deterioration effects. As per the emission norms, a BS-IV car emits 80% lesser emissions than a car registered before 2000.

With India announcing to adopt most advanced BS-VI vehicle emission standards from 2020 onwards, emissions from new vehicles (registered after 2020) will be further reduced by more than 80 per cent. These new vehicles are to be fitted with tail-pipe control devices like diesel particulate filters (DPFs) and selective catalytic reduction (SCRs) for control of PM and NOx emissions, respectively.

This is one of the important reasons, which have led to humongous growth in private vehicles in NCR. As an alternative to the private vehicle ban, ‘congestion pricing’ can be introduced that is based on ‘pay as you use’ principle.

Congestion pricing is a measure, which is used successfully in several parts of the world to gradually reduce the number of vehicles on road and also to encourage a modal shift towards public transportation.

The vehicles with higher occupancies can be exempted to encourage vehicle pooling. In the past, congestion pricing has been implemented successfully in various cities like Singapore, London, Sweden, Rome, Durham, Seoul, San Diego, etc.

There is a need to carefully set up congestion charges and allocating these for providing public transport options in the restricted zones as a public responsibility. Congestion charges can be applied to all different categories of vehicles and may not be restricted to only one category (like cars in the Odd-Even system).

In the medium term, congestion pricing can lead to the improved public transportation system, reduced congestion, savings on fuel and reduced pollution loads. Gradually, the scheme can improve and attract more people as there will be a clear discouragement to use private vehicles.

The congestion pricing scheme can actually work throughout the year and will provide larger year-long benefits. The pricing can be kept flexible based on air pollution levels in the zones.

For an effective congestion pricing mechanism, electronic automatic systems will be required and public acceptance will need to be built. Moreover, to reduce private vehicle use, the provision of commuting services on a private basis can be thought of.

In high air pollution days, offices should be encouraged to consider flexible working hours and work from home facilities. The possibilities are endless.

The writer is associate director, TERI