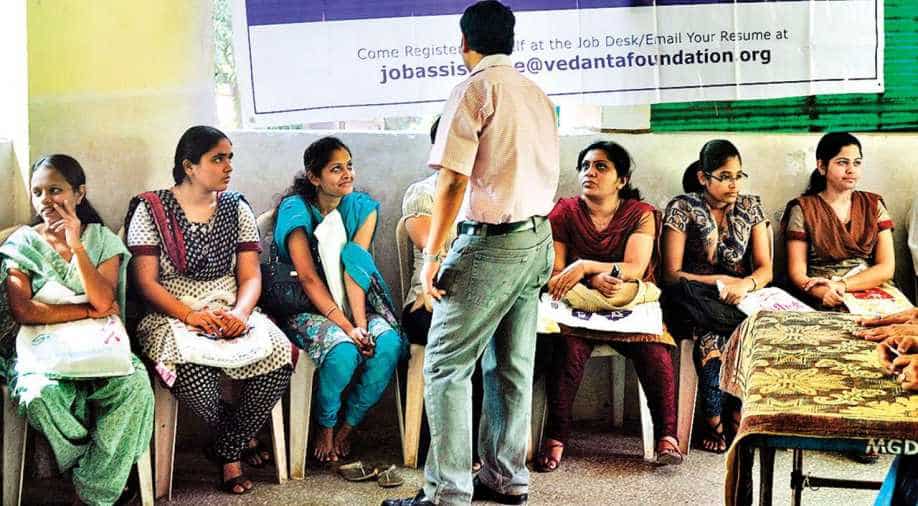 The biggest problem is that education deals with human beings and the system of deliverance, which has been created, is setting up more than half of its learners for failure.

India Skills Report 2019’, a joint initiative of the All India Council for Technical Education (AICTE) and Association of Indian Universities (AIU) along with Wheebox, PeopleStrong and Confederation of Indian Industry (CII), was released on November 22, 2018. This report is based on the results of the ‘Employability and Skills Test’ conducted between July 15 and October 30, 2018, in which some 3,00,000 students from across India appeared.

The students were tested on English language skills, critical thinking skill, numerical aptitude, domain knowledge, and behavioural competence. The report suggests that 57 per cent final-year engineering graduates were found employable (5 per cent increase from last year). Without disclosing a number for per cent employable out of MBAs, the report suggests a decline of 3 per cent for them. The report concludes that 48 per cent of all the students finishing their higher technical education are employable.

This report is a huge indictment of the technical higher education in India. There are two important findings – first, the Indian Higher Technical Education system, overseen by the All India Council for Technical Education (AICTE), produces technically qualified manpower of which more than half is not even employable; and secondly, mere 48 per cent who pass muster for being employable would be quite likely stratified as “the very best” to “just about acceptable”. Hazarding a deduction about such “employable” manpower to be normally-distributed in statistical terminology, it would be reasonable to estimate that only 50 per cent of such “employable” manpower or just 24 per cent of the total technical manpower being produced would show average or above average propensity towards being employable.

An employability assessment company ‘Aspiring Minds’ had created a stir last year through its study by claiming that 95 per cent of engineers in the country were not fit for software development jobs.

Mohandas Pai, Chairman of Manipal Global Education, expectedly, had termed the study “total rubbish” despite him being an IT veteran, a CFO and a board member at Infosys. However, an industry veteran, CP Gurnani, CEO & MD of Tech Mahindra, echoed the findings of the study during his observations in June this year when he said that 94 per cent of engineering graduates were not fit for hiring.

Well, both Pai and Gurnani are correct. As the leader of an educational deliverance body, Pai is relying on the aggregate employable at 48 per cent and may well like to signal that his deliverance body betters the national average. As the leader of a top tech company which would like to access the best of the best, Gurnani would rely on the top stratum and such stratum would not be more than 5 per cent in weight.

This leaves a big question – What is going on? And the answer to this question is to be found in examining the system for delivery of higher technical education which has evolved as a mushroom rather than being designed and regulated. The system has grown as a business in delivery of a public-good (service) with no concern for the good of the public. Education systems are designed to enable people to succeed. The biggest problem, which no policymaker or regulator seems to be mindful of, is that education deals with human beings and the system of deliverance, which has been created, is setting up more than half of its learners for failure. Higher education degrees stick. They are earned through high monetary and time costs. Repairing them or reworking on them for defect correction is not an option. India does not have the luxury of ignoring discomforting questions; it is time to amputate the gangrenous limbs in the system rather than guillotine careers and the future of young people.

While perusing websites of private universities, engineering colleges, and MBA institutes, one will inevitably find an “About Us” page featuring the origin story of the establishment together with a Vision and a Mission statement. No one would ever know how good those stories or statements are until one travels to visit some of them.

It is so shocking to see how these institutions operate in such sad conditions that at times one wonders how could such institutions be established and approved in the first place. Sometimes one gets to meet a few students, who, despite not having the wherewithal of any amenities and methods for any realistic teaching and learning activities, smile all the time. Their stories are so inspiring that no one can escape the fact about each one having in them the attitude, aptitude, hunger and a dedication to succeed. Sometimes one gets to meet with some teachers, who neither exhibit any knowledge nor the perseverance to teach and enable learning. Interestingly, India Skills Report mirrors the observation claiming that the crème-de-la-crème of quality learners are to be found in tier-2 and tier-3 towns and cities.

The sense of discovery, purpose, and heroism on these institutional websites would feel impressive if it weren’t such a cliché. It is as if their statements have been borrowed from the 700 verses of Bhagwad Gita.

The author is a former Director, MDI Gurgaon