Data and its discontents 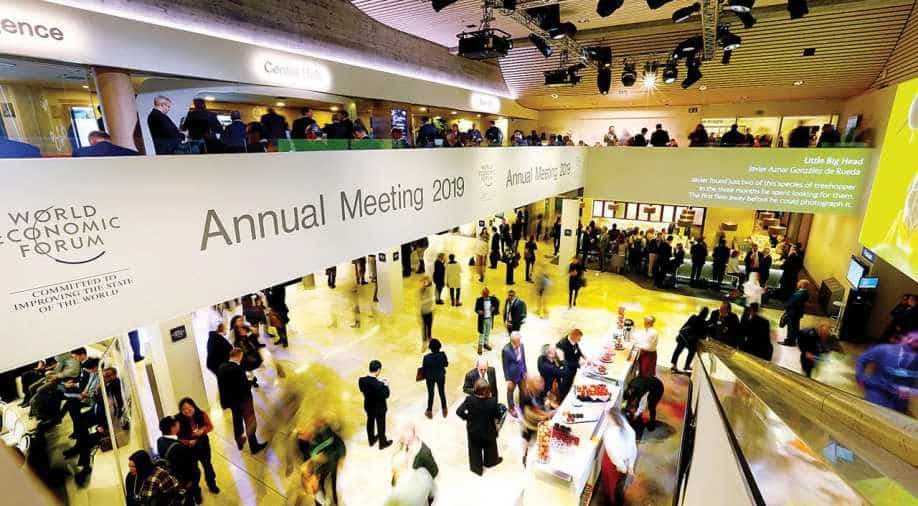 The digital monopolies are the fastest growing monopolies the world has ever seen. Collecting raw data and processing it makes up the key element of this growth.

Data is the new oil: This is how the World Economic Forum (WEF) hailed the birth of a new “asset class” in 2011.

The WEF views are even more rosy in 2019 — about the exponential expansion of this “data universe”. Ok, we get it.

WEF, the rich man’s club, now finds data even more valuable than oil. As long as machines can produce and consume ever larger amounts of data, the immaterial world of money and data can expand ad infinitum. And wow, that’s a lot of money to be made.

Let’s pass over some simple, mundane questions. The sort that ask if people can eat data or wear it, the sort that place people where they live — in the material universe.

Let’s not take issue with our leaders who say the physical universe — the pakoda producing-consuming one — is expanding. Let’s consider the data universe instead, and the happy rumours of ever-growing data leading to financial growth. The data universe turns out to be even more unequal than the one we know. Its “growth” does not create jobs; indeed, it creates job loss. Twenty-six individuals now own wealth equal to that of the bottom half of the world’s population. Yes, it creates wealth, but for whom?

Professor Shoshanna Zuboff of the Harvard Business School and no radical, writes in ‘The Age of Surveillance Capitalism’, that the object of collecting, processing and using data is no longer to service our needs better. It is to automate us, to modify our behaviour, producing a “behavioural surplus” that fuels the digital economy. This outcome has darkened the digital dream, and caused its rapid mutation into surveillance capitalism.

Professor Tim Wu, who coined the term ‘net neutrality’, has a slightly different take. He believes that attention capital — capturing our attention — is the key driver in the digital economy. For both Wu and Zuboff, digital monopolies comprise a form of rogue capitalism, and it is creating a dystopian society.

Whether critical or rosy, these views of the digital economy capture only one aspect of today’s world. The digital monopolies are the fastest growing monopolies the world has ever seen.

If we take the top five companies in the Fortune 500 list by market capitalisation today (2018), they are all digital monopolies. Collecting raw data and processing it makes up the key element of this growth.

If data is powering this growth, who owns the data? Most people ask questions about whether the data belongs to the companies that collect and process it, or to the individuals whose data is being collected.

Both frames conceive of data as property, their only question is who owns this property. Other assumptions — such as the one that data is neither a commodity nor property, but a part of the digital commons — are dropped out of the debate.

Those who take a narrow view of data — of merely, protecting our privacy — miss out two aspects of data. The first point is that the most useful data is not our personal demographic data: Who we are in terms of age, gender or ethnicity. It is the data of our social interactions. It’s useful, at this point, to recall the film on Facebook, and why it was called, ‘The Social Network’.

The second point is that a huge amount of data today is collected from sensors, cameras and devices. They belong to larger collectives, towns, municipalities, and other such entities; not individuals.

If data is the new oil — or the new super oil WEF sees with excitement — the question of who controls this data and its flow is not just an economic issue. It is deeply political as well.

Great Britain built its colonial empire (over which the sun never set), on the back of naval control of the oceans. Who controls the data and its flow will decide who will rule the world in the 21st century.

This is the context in which we have to view the recent move by the World Economic Forum to initiate e-commerce negotiations within the World Trade Organisation (WTO).

Apart from the absurdity of WEF starting WTO negotiations, negotiations on e-commerce or, more correctly, use of digital platforms to buy and sell goods, WEF has little to do with trade.

The “negotiations” are all about control over data and its flows: No restrictions on digital platforms; open collection of peoples data and no taxes on digital goods. In effect, a blatant plea for a neo-colonial data regime.

Indian big capital has been showing interest in controlling the data of Indians. Mukesh Ambani has already pitched in. The dream here? Exercising control over data for their private gain, with the Indian State giving them access to the Aadhaar ecosystem built with public money.

Yes, there is the question of who will control data. But the critical question has to do with the purpose. Is data being collected and processed for the benefit of digital monopolies — global or Indian? Or is it for public good?

The demand that our peoples’ data should belong to digital monopolies will create a more unequal world. A Luddite reaction to this development may be to smash physical and algorithmic machines.

The right response is working out a trajectory different from the dystopian one of ever-growing digital capital. That means re-imagining our digital future with people at its centre, not capital.

The author is president, Free Software Movement of India