Caste politics hold sway in the electoral arithmetic of Rajasthan 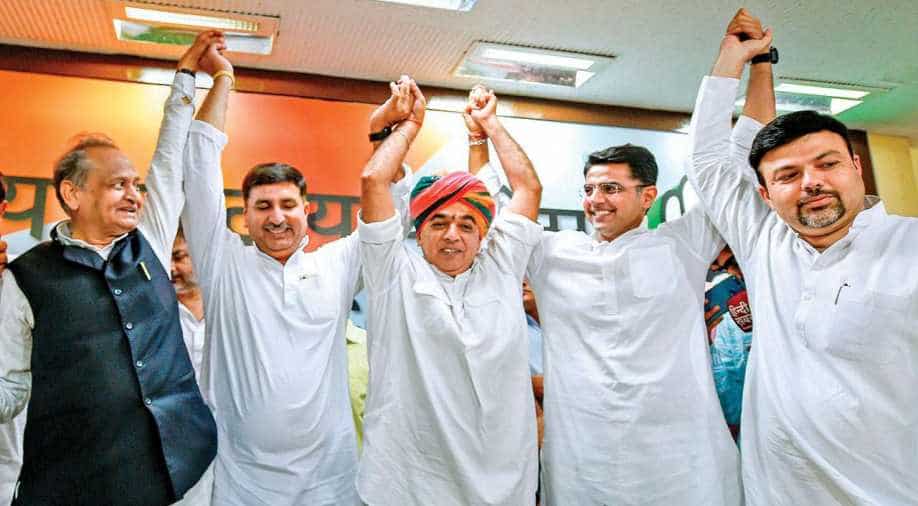 By inducting Manvendra into the fold, the Congress has been quick to cash in on the Rajput anger. The Congress seemed to have already taken Jats into confidence by addressing their insecurities.

Two images on the Internet must have jolted the BJP out of reverie. Manvendra Singh – BJP MLA from Sheo – is common in both the frames. In one of the photos, he is seen clasping the hand of Congress President, Rahul Gandhi, barely concealing the smile after having formally joined the party on Wednesday. In the next photo, Manvendra’s smile opens up into a warm laughter as he shares the dais with Rajasthan state Congress President Sachin Pilot who appear to be basking in the reflected warmth of the new entrant in the frame, confident the Rajput leader shall deliver the goods in a state gearing up for December 7 polls.

Former BJP MP from Barmer, Colonel Manvendra Singh’s calling card is as much about him as his father and veteran BJP leader Jaswant Singh. The former Union Minister, who distinguished himself in the role of External Affairs, Defence and Finance Minister under the Prime Ministership of AB Vajpayee, is now in a coma after having suffered head injuries following a fall in his house four years ago.

A founding member of the Bharatiya Janata Party in 1980, Jaswant Singh has been five times Rajya Sabha MP and was elected to the Lok Sabha four times over. But his distance with the BJP grew after the party’s defeat in 2009 Lok Sabha elections. He was given party ticket from Darjeeling and left to fend for himself. His book on India’s Partition in which he praised Muhammad Ali Jinnah didn’t go down well with the party either.

Matters came to a head in the run-up to the 2014 Lok Sabha elections when he was denied party ticket. But Jaswant dug in his heels and decided to contest the 2014 elections from Barmer as an independent. The party lost no time in expelling him after he refused to budge. Manvendra campaigned for his father and even he was suspended from the party.

The seed of antagonism had already been sown then. Questions can be raised as to what took Manvendra so long in deciding BJP was not the party that can assure his longevity in politics. But can there be a better opportunity to join a rival party whose ascendancy and win in the forthcoming assembly polls is finding articulation in various opinion polls conducted by media houses so far.

A leader is worth his salt only if he can smell the change in the wind. A winnable candidate holds a stronger chance of being welcomed into the new party. BJP president Amit Shah has mastered this craft better than the rest in importing leaders from other parties, particularly the Congress.

Manvendra’s entry into the Congress comes at a time when the forthcoming assembly polls in states like Rajasthan, MP and Chhattisgarh are being touted as the semi-finals before the finals to be played out across the country early 2019 when the next Lok Sabha elections will be held. The Congress feels his induction will help the party consolidate Rajput votes.

But more than the timing, it’s the sure-fire optimism with which Manvendra has sought to pitch himself that will set the Rajasthan battlefield on the course of a dramatic outcome. “The voters shall seek revenge for the humiliation of their leader and my father,” thundered Manvendra from Congress HQ at Akbar Road. Revenge is in the air. The statement might faintly echo the pain and agony of the protagonist, from Anurag Kashyap’s Gangs of Wasseypur.

The political setting is far removed from the 2012 Bollywoodian drama, yet it carries the ingredients for a blockbuster.

Caste politics hold sway in the electoral arithmetic of Rajasthan. Though Rajputs constitutes about 8 per cent of the total votes in Rajasthan, they influence votes in about one-fourth of the total seats in Rajasthan, particularly, in the Marwar region of Jodhpur, Jaisalmer, Nagaur, Jalore and Sikar. The current Rajasthan assembly has 26 elected Rajput members out of 200 seats. Together with Jats, who constitute about 17 per cent of total votes, Rajput votes matter in over 50 assembly seats across Rajasthan.

The Vasundhara government has had a fallout with the Rajput voters following the death of gangster Anand Pal Singh who was killed in an alleged police encounter. Rajputs have been BJP supporters in the past three decades after former Rajasthan CM, BJP veteran and former vice president Bhairon Singh Shekhawat carefully nurtured this influential vote bank. Rajputs were angry that the Vasundhara Raje government did precious little to withdraw criminal cases against community leaders.

By inducting Manvendra into the fold, the Congress has been quick to cash in on the Rajput anger. The Congress seemed to have already taken Jats into confidence by addressing their insecurities. Gujjars also remain an influential vote bank. Of late, even Gujjars seem to have moved away from the BJP. The community sees a promise in young Gujjar leader and Congress state president Sachin Pilot to lead the state in future.

If opinion polls are anything to go by, Raje’s popularity as CM has been at an all-time low. Given Rajasthan’s history in the past three decades of not repeating the incumbent government, Raje, in the throes of anti-incumbency, has an uphill task.

Will the Rajasthan verdict prove Manvendra’s presence prophetic? Will he be able to bask in the glory of his statement he gave last month, the day he cut his umbilical cord with BJP – Kamal ka phool, hamari bhool. The bigger question still is – Will Rahul’s gamble pay off? Will be able to do an Amit Shah? 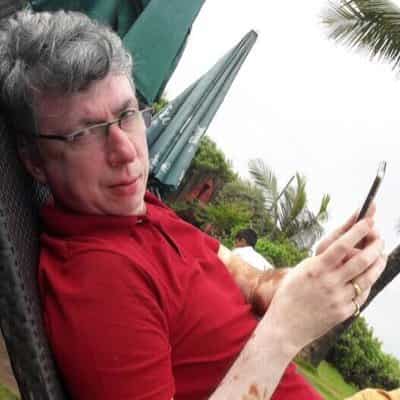