Capitalism only works on low per capita income 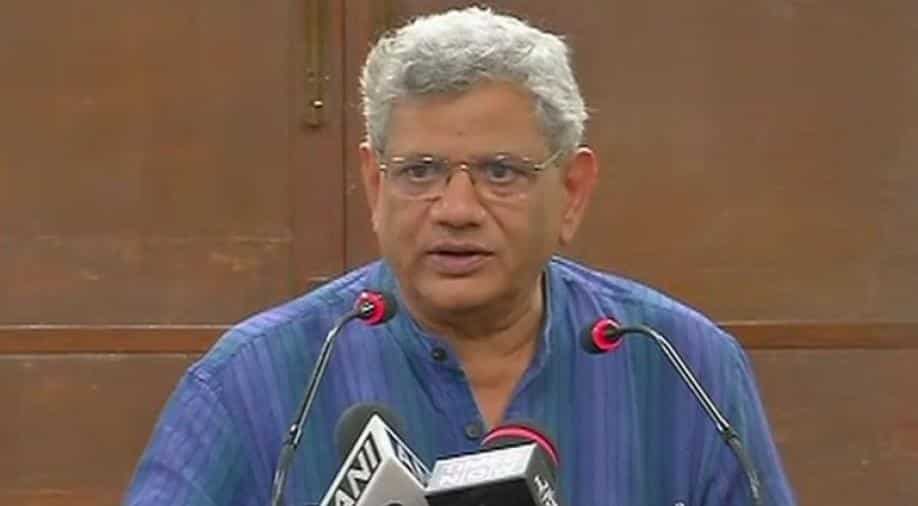 We can, and will, become the 3rd biggest economy in the world in due course depending on how fast we grow.

When Comrade Sitaram Yechury rails against GDP being a true measure of progress, he is not supporting the Modi government in its hour of need.

Quarterly GDP is presently at 4.5 per cent, and the fiscal is not expected to return much better than 5 per cent. This is a low-ebb measured by some new markers, as according to the old ones, the prognosis is much worse. But of course, the worm is already beginning to turn, in a cyclic sense. Green shoots of recovery are beginning to show, and the economy in 2020 is expected to do much better.

The reason why Comrade Yechury is not impressed by robust GDP growth, even if it was to return, is because our per capita income is about $2,000 per annum. This is approximately Rs. 140,000/- in round figures. But this is only a division of the income of the country by 1.3 billion people. It is askew. And it might be seen as rather good if one imagines the most destitute Indian making Rs. 11,666.66 per month. Of course, this is not true, because the rich own the universe, and the poor don’t have anything. A simple sum of division can’t change that.

At the same time, in recent years, since the mid-eighties, we have lifted over 400 million people out of abject poverty. Another 400 million of the population is, and has become, broadly middle class –more, as it happens, than the entire population of the US. Some 50 million of us are rather rich by any yardstick. The rest, unfortunately, are very, very, poor.

We add some 15 million people to our number every year, most of them are, ironically, children of the poor.

But, even if we power on at 8 to 10  per cent of GDP per annum in the coming years, and take our economy, first to $ 5 trillion, and then to $ 10 trillion, at the present rate of population growth, our per capita will not rise very much at all.

This, even as most demographics show that we are producing more or less “replacement” quantities of babies now, except for some fecund pockets in certain states, and more properly, districts within them.

Most people in the middle class and above have many aspirations. They are not satisfied with just providing a full belly to their children. This has brought down the number of children people are having amongst this section, irrespective of caste and creed. But the per capita is another matter.

To understand this better, we must recall that our population in 1947 was at under 400 million. If we were still holding the line at that number, even with the vastly better life expectancy of these days, our per capita would have risen dramatically with the present size of the economy at some $2.8 trillion.

But, the thing is, could we have grown as much as we have since?

What would happen if we had a much higher per capita than we have at present? Remember, in 1958, when we first started reckoning it, it was just $70. We had a tiny economy, despite a much smaller population then, attended by miniscule growth.

For growth to compute, you need low wages, and reasonable efficiency to deliver high returns on investment. We are not much good at productivity per worker either. A high per capita, on a low-efficiency base, would make for a picky, entitled, but not very good workforce. Rather like the many in Europe or America, as opposed to those in China.

Combined with many Indian infrastructure bottlenecks and expensive land/ utility costs, we would not be competitive, even with generous government subsidies for the domestic market, let alone the export ones.

The growth in the Indian economy truly began around 1985, when the licence-permit raj started to be dismantled. These were multiple chokes and fetters that saw capitalism as something to be kept on a leash.

Initially, and even nearly 35 years on, we are still reaping the harvest of first stage economic reforms, with approaches to labour and land yet to be

revamped. A socialist, unionized, anti-technology labour force can’t expect much of a rise.

Most industrialists are afraid to expand, and certainly, don’t want permanent staff with onerous commitments and near unsackability.

And a contract universe is not, inherently, particularly well-trained. Developing their skills is expensive, and there is little stability in a contract worker’s outlook.

But still, The Indian economy, powered as it is by substantial domestic demand, in one of the biggest market places in the world, trundles on. Others in the developed world with small populations and high per capita income, see even our 5 per cent growth rate as enviable.

We can, and will, become the 3rd biggest economy in the world in due course depending on how fast we grow. But, the growth here, as in China, is because we have a large population and immense amounts of people joining the labour force at the bottom. This, even as huge numbers move on up to the middle class.

It is true that GDP is not everything, but neither is per capita. The Victorian Industrial Revolution could have never happened without an ill-paid labour force with next to no benefits. In colonial times, it was the use of slaves and indentured labour than fuelled the success of many enterprises. It wasn’t fair or equitable. It was capitalism.