Theresa May survives confidence vote, but Brussels is in charge now 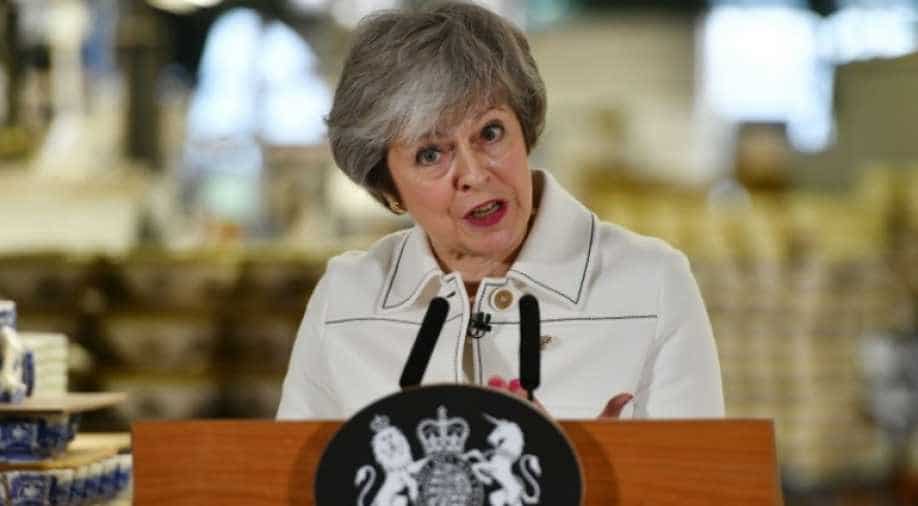 What happens next is crucial not only for the prime minister and the country but also the public’s faith in the nation’s democracy.

Just 24 hours after suffering a historic defeat in parliament over her Brexit deal, the prime minister has survived a vote of no confidence in her government – thanks to the support of her backbench MPs. Up until this point, these same backbench MPs have been all too willing to vote against her and her Brexit deal.

The result was expected, given that a Conservative rebellion would have likely resulted in a general election that might have gone very badly for the party. Ousting the prime minister is less appealing when, instead of offering the potential for career advancement, there is a strong chance that it would instead lead to a demotion to the shadow cabinet.

With the very public plotting and scheming that has been displayed over Brexit, it is little wonder that British people have become profoundly mistrustful of their elected representatives and their motivations. What happens next is, therefore, crucial not only for the prime minister and the country but also the public’s faith in the nation’s democracy.

The way forward is not clear and many in the EU would like to know just what it is the UK actually wants. In an attempt to find out, May has promised to consult with leading parliamentarians over the way forward. She has been criticised for not doing this sooner and, while it could perhaps throw up a fresh idea to move things forward, it is hard to see what assurances the prime minister or the European Union can give that would placate anyone.

Realistically speaking the only way to get the major changes on the controversial issues would be to re-open Brexit negotiations with the European Union and extend the article 50 period. While there is some support for the latter, the former has not been an acceptable option on the continent for some time now. That doesn’t appear likely to change.

Many prominent hard Brexit supporters have suggested that parliament’s dismissal of the deal will put the EU under pressure. They think Brussels will come back to the negotiating table once the screws are turned. But, as things stand, this looks like misplaced bravado and even wishful thinking.

To suggest that the defeat of the deal in parliament will somehow force the EU to waver is a perfect display of the flawed logic that created this situation in the first place. While the prospect of a no-deal Brexit is, of course, concerning to them, the remaining EU member states are prepared to weather the storm of a no-deal if they must. They would rather not have to, but if it is a choice between that or threatening the integrity of the single market and the European project itself, the choice is clear – and has been since before article 50 was even triggered.

Ultimately, if a new deal is well and truly off the table, there are a limited set of options the government can pursue. Brexit could be cancelled or it could be put to another referendum. Neither is likely to be popular options within the Conservative Party. More likely, it has been suggested that the government may keep making parliament vote on the deal, or some version of it, until it passes, although the legality of this is now in question. If the deal cannot get through the Commons, there may be no other option but to leave without a deal. Conservative MPs, therefore, need to either get behind the deal or resign themselves to endorsing a no-deal scenario.

It is also decision time for Jeremy Corbyn and the Labour Party. Having failed to win the vote of no confidence and force their preferred option of a general election, they too have to either get behind the deal or consign the country to a no-deal scenario. That said, there is, of course, the ever-controversial option of a second referendum. Corbyn has resisted calls for this so far – but, with mounting pressure from MPs and the membership, as well as a desperate need for some distinctiveness on Brexit between the two major parties, it may prove hard to keep voting down the prime minister’s deal without offering a viable alternative.

Having successfully showed their desire and ability to assert themselves in the Brexit process in parliament, the MPs themselves may be the key to ending the deadlock. There is the looming threat that they will seize complete control of the issue, legislating to prevent a no-deal scenario from even being possible.

Given the historic defeat over the Brexit deal, it is not implausible that such a move could get the support it needs. However, if the EU refuses to budge on the deal or the timing of Brexit, it is again hard to see where this would ultimately lead. Despite claims that Brexit would allow the UK to “take back control”, it still seems that it is the European Union that is very much in charge of the situation.