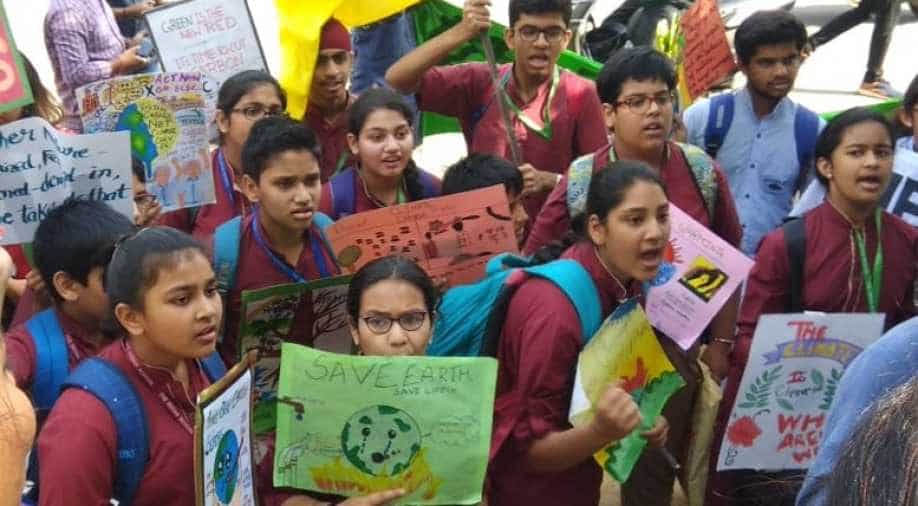 School students have been taking to the streets pushing for climate action. Photograph:( WION )

We are the last generation that can prevent irreparable damage to our planet. And we have just over a decade's time to do so.

It is like a ticking time bomb and the people who can stop it are doing nothing but stare.

"Feels frustrating that we have to remind them to save our home - it is theirs too! Isn't it our collective duty? There is no planet B" -- some of the chants one gets to hear at marches, demonstrations and vigils being organized across India with one common objective - to save our planet.

The children want to educate adults on how denial and subsequent inaction on climate change mean we are wasting precious time. 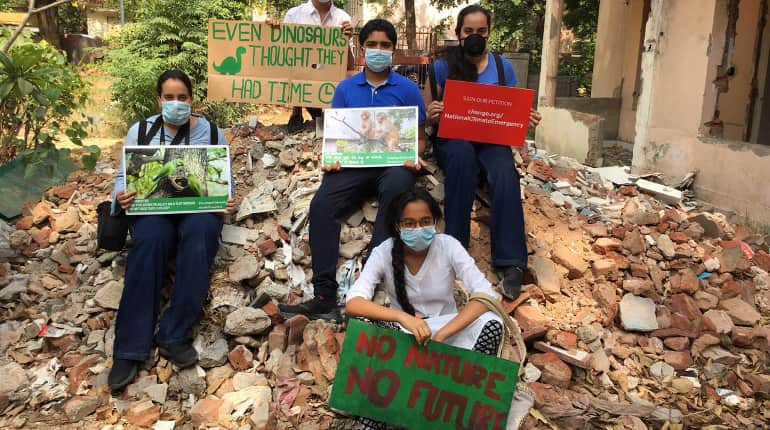 15-year-old climate activist Asheer Kandhari is one of them. She has been taking to the streets with her school friends as part of 'Fridays for Future', a global movement pushing for climate action.

Asheer grew up learning that each one can do their bit - with her mother telling her to switch off the lights when leaving the room or closing the tap while brushing - basics that go a long way.

"Climate Change doesn't affect just us humans. Thousands of species are bearing the brunt of our actions. We have no right to destroy their natural habitats. How is it that we can see what's coming and others cannot? Or do they not want to? What are they leaving behind for future generations?", she asks.

But one can no longer pretend to not see Climate Change. It is all around us. And it's only getting worse.
The threat is as real as it can get. July 2019 was the hottest month in Earth’s recorded history.

So far this year, world headlines have been dominated by news of heatwaves, floods, tsunamis and wildfires.

India is already staring at its worst long-term water crisis.

21 Indian cities are predicted to run out of groundwater by 2020 according to the government think-tank NITI Aayog.

600 million people or nearly half of the country's population are at risk of facing an acute shortage.

And at least one-third of Himalayan ice, among the world’s most vital water resources, is set to disappear by the end of the century.

The list of warnings is endless. But the time to act is limited.

We are the last generation that can prevent irreparable damage to our planet. And we have just over a decade's time to do so.

There are many who realise the urgency. And Aman Sharma is trying his best to reach out to those who don't. The Delhi-based 16-year-old activist is on a mission.

He launched a petition in May this year calling on the Indian Government to declare a climate emergency. It now has over 230,000 signatures.

"The issue first has to be officially recognised as an emergency; a threat to our citizens. Until we acknowledge that climate change is a problem, we cannot come up with a solid plan", says Aman.

A birder at heart, Aman knew it was time to act when he saw the changes happening in our urban ecosystem.

"My brother and father developed conditions due to rising levels of pollution which meant we couldn't stay in Delhi during the Diwali festive period because of how horrible the air was. Plus the decrease in a number of birds with each passing year and our cities getting hotter. All of this made me ask - if we don't act now, then when?"

He started off from his own school where he won his first battle against plastic.

After noticing that students were purchasing multiple bottles of water from the school canteen which meant that hundreds of plastic bottles were getting sold each day, Aman resolved to put an end to this.

He spoke to the owner of the canteen, gave the authorities a letter talking about what plastic was doing to marine life and ultimately with the help of efforts from the school Principal, the canteen stopped housing plastic bottles.

"The next step will be to completely eliminate single-use plastic items."

Aman demands an enforced ban in the country on the use of plastic, an increase in green cover along with the regulated implementation of waste segregation policies.

He also talks about the need to focus energies on finding innovative ways to tackle the crisis. For instance, an emission control device that turns pollutants into ink. Manufactured as part of an initiative led by a team of young Indian engineers - Arpit Dhupar, Kushagra Srivastava and Prateek Sachan - it captures emissions from the exhaust of diesel generators and the particulate matter is then processed into usable products like inks and paints.

"It is so scary to imagine that we are using up our resources like they are unlimited. One straw that you use for a minute to have your drink is going to be around till after my children die. This is not a distant crisis", Aman says.

The crisis, in fact, is as immediate as it can be. After a heatwave in several parts, India is now witnessing floods in the states of Kerala, Karnataka and Maharashtra - a year after Kerala was ravaged by the worst flood in a century.

"In Asia, mitigation alone is not enough. We also have to focus on climate change adaptation for which preparedness is an essential strategy. Plus India has a long coastline which makes it crucial to protect natural flood barriers like mangrove forests that are currently under threat due to coastal infrastructure projects", warns Rozita Singh, a young sustainability researcher and urban development practitioner.

She takes a keen interest in promoting the practice of composting. "Each person can contribute to controlling greenhouse gas emissions. People think it is the government's job, not theirs. That's where they are wrong. Composting can easily begin at home. You just need to identify your needs and find the right kind of vessel. It is an extremely simple process that nature will thank you for."

Will you make yours count?

After all, we are in this together. And as Aman puts it - there is no Iron man or Thor coming to rescue us. We have to save ourselves. 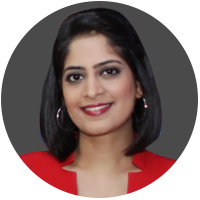 Molly Gambhir is an anchor-correspondent with WION who believes in getting to the heart of the story. You can reach her on Twitter: @MollyGambhir.