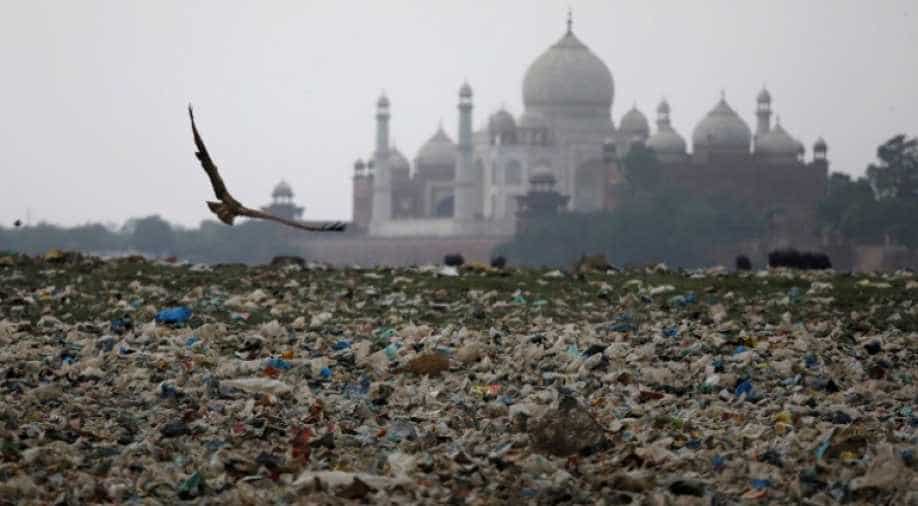 File photo of polluted banks of the river Yamuna near the historic Taj Mahal in Agra. (Reuters photo) Photograph:( Reuters )

A conscientiously designed tourism programme can benefit both tourists and communities while leaving a light impact on the environment.

My host organisation, Udyogini, hopes to develop such a programme in rural Khandar. But to do so, it is important to understand the negative impacts that unplanned mass tourism can have. India’s Golden Triangle, connecting Delhi, Agra, and Jaipur, is the most touristed route in the country.

The area’s amazing cultural heritage and the ease of travel between its three corners make it easy to understand why. But while it has benefited economically from the tourism industry, the Golden Triangle also illustrates some of these negative impacts.

The increasingly large tourism industry in the area has a blind spot for ethical concerns, and sometimes bypasses authenticity for marketability.

For example, slum tourism, increasingly popular in Delhi, raises questions of who benefits from the transformation of impoverished communities into spectacles for wealthy international tourists to view. While certain tour operators make an effort to  give back to the slums they walk through, not all of them do, and almost none are owned and operated by slum residents themselves.

Chokhi Dhani, a popular village themed resort in Jaipur, packages rural India for tourist’s consumption, but in a fully artificial environment that does not actually interact with real rural communities.

Furthermore, the ubiquity of tourism in these cities has arguably cheapened visitors’ experience of the places as well. Instead of the massive, diverse, and living capital of the world’s largest democracy, New Delhi is marketed for a few key sites – Humayun’s Tomb, the Red Fort, Qutub Minar, India Gate – often completely stripped of their contextual importance and experienced purely aesthetically as a stop on a bus tour. The same can be said of Agra and Jaipur. Clearly, the Golden Triangle tourism industry has not been a purely positive phenomenon for the people who live there, or the tourists themselves.

Learning from the Golden Triangle is especially important for my project because increasingly, tourists are adding a fourth stop to their Golden Triangle itinerary, my placement site, Sawai Madhopur in Rajasthan, which is home to Ranthambore National Park.

Aided by its excellent rail connectivity to all three cities in the Golden Triangle – it sits two hours from Jaipur, four from Agra, and six from Delhi – hundreds of hotels have opened up on the main road from the city to the park entrance. Sawai Madhopur is routinely included on guided tour operators’ Golden Triangle tours and features prominently in the various routes of the super-luxury Maharaja Express tourist train.

Golden Triangle style mass-market tourism has firmly established itself as the main pillar of Sawai Madhopur’s economy. But the area’s small population, poor economy, and ecological sensitivity only magnify the tourism industry’s effects on the district. Exclusive hotels charge Rs 60,000 per night for rooms in the peak season despite sitting in a district that has been ranked one of the 126 most “backward” in India.

While certain lucky residents win low-level jobs in the hotels, the industry’s profits flow to outsiders who by-and-large own the properties.

Ranthambore National Park is home to the highest density of tigers in its history, making it one of the best places to see the animals in the wild. This has brought tourists who are single-minded in their reason for visiting the area. The majority of visitors spend only one or two nights in Sawai Madhopur, shuttling between their hotel and the National Park in pre-booked safaris. During popular times of the year, guests who have not pre-booked sometimes arrive in the area only to find that safaris during their stay are already full, and have to spend their time idly, with a few other sites to see in the area.

Furthermore, tourism is endangering the very natural environment that supports the industry. Hotels have taken up more and more land directly outside of the buffer zone of the park, threatening to cut it off from other natural lands. Water tables have fallen dramatically in recent years, and while this is partially attributable to agriculture, the tourism industry uses an outsized share of the area’s groundwater.

Far from being a natural respite from the problems of tourism in the Golden Triangle, my placement site sees, in many ways, an intensification of the same issues.

While addressing the negative aspects of tourism can seem daunting, there are multiple examples, both throughout the world and within India, of tourist facilities conducting themselves in a respectful and sustainable manner that elevates local communities and enriches tourists’ experiences. 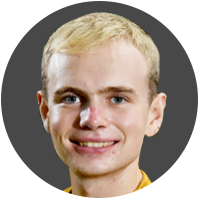 Kieran Micka-Maloy is 2018-19 AIF Clinton Fellow. He is excited to work with Udyogini in Rajasthan on an eco-tourism project