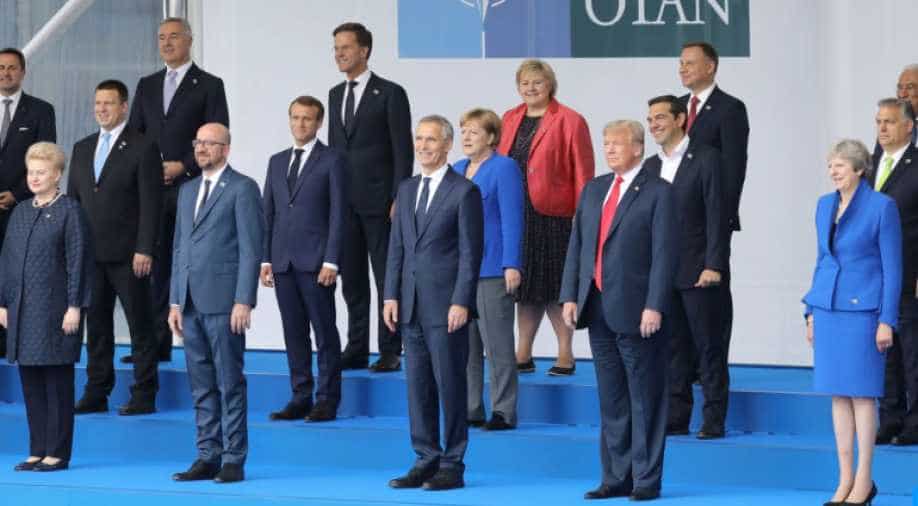 Heads of state pose for a family picture ahead of the opening ceremony of the NATO (North Atlantic Treaty Organization) summit, at the NATO headquarters in Brussels, Belgium. Photograph:( Reuters )

NATO is for the maintenance of peace, not for war, and the most important thing is Article 5 in the treaty: If one member is attacked, all shall come to its rescue.

When the Berlin Wall came down and the Soviet Union dissolved and the Warsaw Pact disappeared, a few of us argued that the appropriate response would be to close down NATO and develop a new all-European peace system and policy for conflict-handling to replace the predominantly military security thinking that had dominated during the First Cold War.

I had a particular reason for arguing that at the time. As part of the research I did for my PhD (1981) on Denmark’s defence and security policy in a global perspective, I had interviewed a small number of middle-level civilian and military personnel at NATO’s HQ in Brussels. They all basically told me three things — remember this was the late 1970s, or about 10 years before the Cold War ended:

— My parents belong to a generation that knows what war is, we are here at NATO to prevent a repetition.

— NATO is for the maintenance of peace, not for war, and the most important thing is Art 5 in our treaty: If one member is attacked, all shall come to its rescue — “all for one and one for all” (the defensive principle, the musketeer pledge).

— The only reason NATO exists today is the presence and nature of the Soviet Union and the Warsaw Pact.

Western leaders — that is, until one of the worst, Bill Clinton, took over in 1994 — showed statesmanship and told Gorbachev that they would not expand NATO an inch and that divided Germany would be neutral if unified. There was no talk of closing NATO in those circles, however. Nobody took Gorbachev’s intellectually sound and visionary idea about a new European House seriously.

The Soviet Union had lost and became militarily a dwarf in comparison to what it had been. And that wasn’t that strong either: The Warsaw Pact’s military expenditures varied between 60 and 80 per cent of those of NATO and it was vastly inferior in terms of technical quality, innovation capacity and discipline, but stronger in quantities, eg. the number of tanks.

We’re in Cold War 2; of course not a repetition because of all the differences between that world and today’s. Ten of the former Warsaw Pact countries are now full NATO members, neutral states back then, like Sweden and Austria, have abolished that wise policy.

Eight per cent of NATOs military expenditures is in spite of all the propaganda about Russia and Putin representing an existential threat to Europe and the US if not the whole world. Who said disinformation was used only by Russia?

The Clinton Administration decided to not give a damn about the promises made, and started the expansion of NATO in 1994, the new (humanitarian!!) interventionism in Yugoslavia — devoid of knowledge about its complexities, of common sense and without a UN Security Council mandate and one gross violation of international law after the other, including the bombing of Serbia to carve out a forever-failed state, Kosovo state — the second Albanian state in Europe. Oh Crimea, what a crime in comparison!

And then came, one-by-one, incrementally — the new NATO members right up under the skirts of Russia in total defiance of its history psychology and legitimate near-abroad security perceptions.

The wisdom of softer borders and neutrals, of dialogue and confidence-building — like Finland that started the OSCE, like Sweden under Palme that started common security and Germany under Brandt that started rapproachment and Ostpolitik etc — are all gone today.

Imagine a Russia-led alliance with 12 times more military than the US, making Mexico and Canada new members. Sure, Washington would love it.

Facts, analyses, intellectual understanding went out of the window long ago — in Western mainstream media and politics, from Right to Left too, the latter believing in humanitarian intervention and human rights advocates flying F-16.

We’re living in dangerous times because facts, knowledge, science and common sense play virtually no role anymore. And because the peace discourse has disappeared decades ago.

Today’s Western security policy managers are anti-intellectuals, seemingly unaware of their moral responsibilities and under much less control than when Dwight D. Eisenhower in his farewell speech in 1961 warned the world and the US itself about the MIC – the Military-Industrial Complex. (Bless him for doing so and curse those who never listened but made it cancer on Western civilisation).

Nearly 99 per cent of these security managers would not be able to offer an intellectually decent definition of concepts such as deterrence, defensive/offensive, conflict-resolution, or peace. They don’t write books.

But — at least some of them have a button close to them, with which they can kill millions. 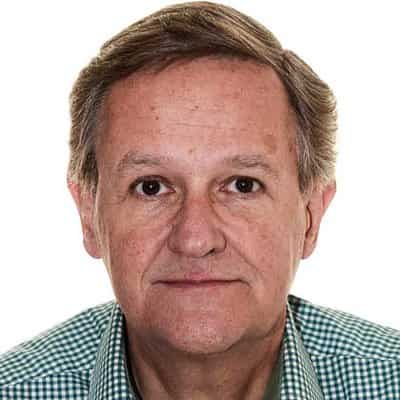 The writer is director of the trans-national foundation for peace and future research in Lund, Sweden

The rotting of the Republican mind