Assessing the impact of economic slowdown in Gulf on India 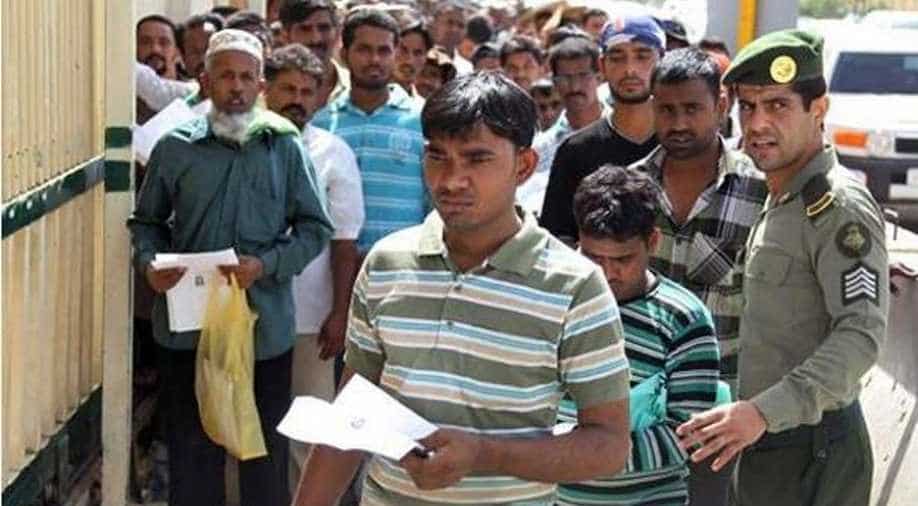 The looming economic crisis in the Gulf has resulted in dreams of Indian workers suddenly turning into a nightmare.

Unmistakable signs of an economic slowdown in the Gulf have started causing concern in our own country. After decades of carefree spending and burgeoning development cutbacks and laydowns have transmitted tremor waves signalling unprecedented threats. It may be premature to reach the conclusion that the boom has turned to bust but apprehensions about mutually beneficial shared future are not unjustified.

A quick look at the map reminds us how close UAE is. It is bordered by Saudi Arab to the West, Iran, Qatar and opens out to the Persian. It is buffeted by the power struggle between Iran and Saudi Arab and can't remain unaffected by the long-raging strife in the middle east-Iraq and Syria. What has eroded the wealth and self-confidence of the Sheikhs is a steady fall in oil and gas prices. When even Saudi Arabia is feeling the painful pinch the UAE can’t remain in denial. The era of tax-free incomes is over. Cuts in government spending have resulted in a sharp fall in real estate prices and rentals. Expensive and expansive plans for ambitious pursuit of grandeur are no longer on the anvil.

It is estimated that over 90 per cent of the population of UAE is immigrants most of them South Asians. Remittances from those working ‘overseas’ in the Gulf have in recent years contributed significantly to our foreign exchange reserves and also have had a very significant effect on living standards in villages in states like Kerala and Tamil Nadu that have been major beneficiaries of the economic boom

Though Indians have traded with Arabs for millennia- much before the advent of Islam- very few Indians recognise the seven sultanates that comprise the United Arab Emirates as neighbours. What is quite ironical as ‘Duty-Free’ Dubai and Affluent Laid Back Abu Dhabi are among the most popular destinations for well healed Indian tourists and immigrants in search of lucrative jobs.

Doctors, engineers, managers, journalists and accountants along with skilled and unskilled workers have found a semi-permanent home away from home in the Gulf. The looming economic crisis has resulted in their dreams suddenly turning into a nightmare.

Till the mid-1960s these sultanates were British Protectorate and known as the Trucial States. Since then their transformation has been dramatic. From backward colonial dependencies in a desert wasteland, the Federation of Gulf states has emerged as a bustling hub of financial activity and a region of geopolitical significance. Indians, Nepali, Bangladeshi not to forget Pakistani have flocked to the Eldorado in the Gulf.

One Day Cricket, the popularity of Bollywood films have forged a strong bilateral relationship. But for those living in the Hindi Heartland, the UAE in recent past has registered as a blip on the mental radar where the dreaded gangster Dawood Ibrahim was holed up beyond the reach of Indian law enforcement agencies. It is difficult to understand the lack of awareness and interest in what for all practical purposes is a proximate neighbourhood of economic and strategic significance.

Perceptions need to change and fast.