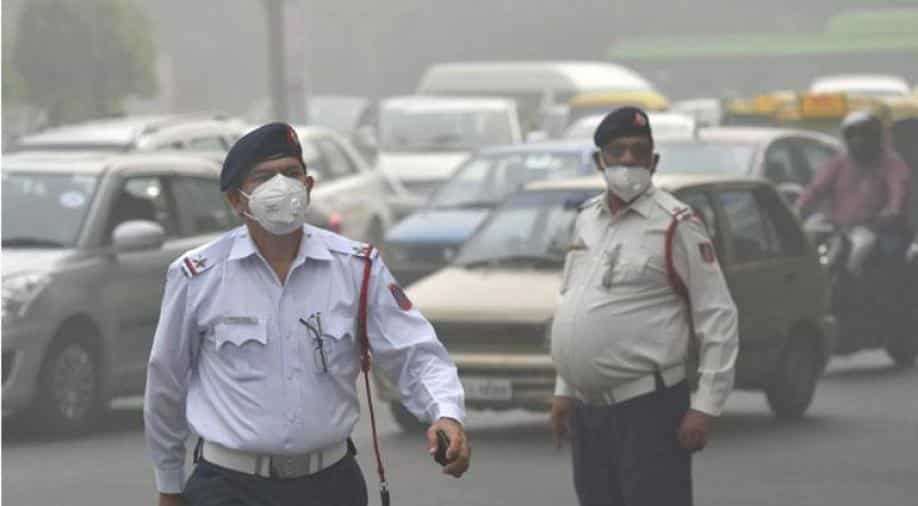 All sources of air pollution must be earnestly and effectively tackled, all across the country and all year round.

Why should Indians worry when Deepavali, a festival of joy, approaches? Why should agricultural harvests, once a cause for celebration in all regions of India, make the residents of Delhi groan in despair? Should pregnant Indian women in cities henceforth go to rural areas to deliver and bring up their children? Alarmist as these questions sound, they highlight the grim reality of air pollution in India.

The Global Burden of Disease (2016) ranked air pollution as the second highest contributor to death and disability in India, next only to malnutrition. Both indoor and outdoor (ambient) air pollution pose several acute and chronic threats to health, causing over 1.8 million deaths. A recent WHO report estimates that over 100,000 children die each year from air pollution in India. While indoor pollution had the higher count of deaths two decades ago, ambient air pollution is the bigger killer now according to recent estimates. In reality, both are major killers with both forms of pollution mixing with each other as air flows between homes and the streets.

Fourteen of the world’s 20 most polluted cities are in India. Most of the cities in India, large and small, are in the list of highly polluted urban settlements by global standards. Among all cities in the world, between 1998 and 2016, the largest rise in ambient air pollution (44 per cent) has been recorded in Delhi. Global health agencies as well as economic growth charters worry about India’s smoggy future, as the menace mounts.

Air pollution, from a wide range of sources, damages health through many agents and several pathways, resulting in a multitude of harmful health effects. The complex mixture of pollutants includes carbon monoxide, nitrogen oxides, lead, arsenic, mercury, sulphur dioxide, poly aromatic hydrocarbons and particulate matter (PM). While the air quality indices and media reports usually inform us about PM10 and PM2.5 permeating through our deeper airways and lungs and damaging them, scientists warn us that ultrafine particles (PM<0.1) penetrate further to enter the blood stream causing further havoc. Even within the PM2.5 category, combustion derived particles are more toxic than those that emanate from construction dust. Ground level ozone too will rise due to secondary chemical effects, hurting the lungs. Air pollutants can also be ingested through contaminated water, food, soil or vegetation on to which the pollutants may settle.

The health effects are manifest in disorders of many organs. The common underlying mechanism is inflammation. Damaged airways and lungs can result in asthma, respiratory infections, chronic obstructive pulmonary disease or lung cancer. Cardiovascular disease is now recognised to be particular common, due to blood vessel injury and increased clotting tendency causing heart attacks and paralysing brain strokes. Effects on children is particularly horrendous, because their small airways and lungs are especially vulnerable to toxic injury. Pregnant women may pass pollutants they breathe in to the foetus through placental blood flow, resulting in still birth or a growth retarded baby. Childhood may be blighted by lung and ear infections, with even the risk of childhood cancers like leukaemia and retinoblastoma. Both physical and cognitive growth are affected as both body and brain of the young child are ravaged by the polluted air he or she is forced to breathe. The elderly too are especially vulnerable to the many maladies that air pollution inflicts.

The many sources of air pollution in India include the emissions from vehicular transport, coal consuming thermal power plants, construction dust, burning of agricultural crop residues and garbage, brick kilns and burning of solid biomass fuels for cooking. While the deterioration of air quality is agonised in the media and denounced by an angry public at certain times of the year (Deepavali, post-harvest, winter slowdown of air currents), the fact remains that we breathe polluted air (much above WHO’s cautionary thresholds) even during the rest of the year. The cumulative of such prolonged exposure is likely to be very harmful to health. Alas, even the rural areas in India are recording rising levels of air pollution. Surely, the Himalayas cannot become the refuge of all of India’s population which will soon become the largest in the world!

The health of the economy will also feel the ill effects of air pollution. The physical effects, which range from lassitude to lethal diseases, will hurt productivity. Compromised cognitive brain power, from childhood, will corrode the demographic developmental dividend of our young population. Healthcare costs will escalate  as acute and chronic disorders deluge the health services. Investors will shy away from the highly unwelcoming air of the Indian cities.

Piecemeal solutions will not work. All sources of air pollution must be earnestly and effectively tackled, all across the country and all year round. Targets must be set, monitored and accomplished. A national consensus for concerted action against air pollution must emerge from the national distress, binding the central and state governments to time bound actions. The health of the nation is in peril and the future of our children is at stake. It is time for resolute action, not just seasonal lament.