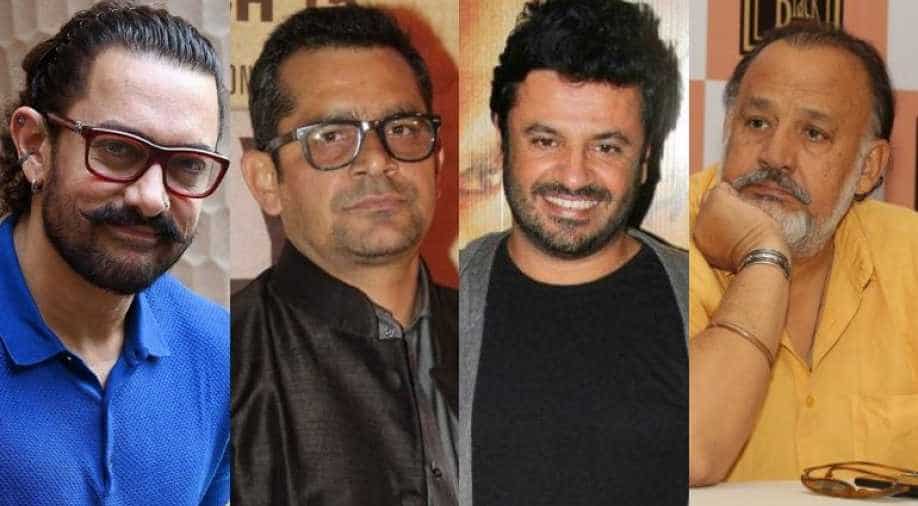 Going by the recent cases, fighting a sexual harassment case seems to be a lonely battle where the perpetrators are often validated by those in power and the victim/survivor is often left alone to fend for themselves. They may cry hoarse proving their truth but they get minimal support from the judiciary or the society at large.

When the first tirade on sexual offenders started in India, several cans of worms opened up. Women across sectors came out and perhaps for the first time spoke against sexual offenders- naming and shaming them on public platforms and social media. Some of the big names from almost every industry were outed for their behaviour. These women were cheered, encouraged and given support by men and women alike, film stars and politicians alike for speaking up. It seemed that the #MeToo movement had, at last, arrived in India, with women finally finding their voice against the injustice they had faced. This was in September 2018.  But a year later, somehow, things seemed to have drastically changed.

In the wake of #MeToo movement, Aamir Khan, known for being always politically correct, and for imparting life lessons through his films- had withdrawn from a film called 'Mogul'  back in 2018 when the film's director Subhash Kapoor was accused of sexual harassment.

In a long post on Twitter, Aamir and his filmmaker wife Kiran Rao had then stated that their production house Aamir Khan Productions 'followed zero tolerance policy for sexual misconduct and predatory behaviour'. 'Later during an appearance in chat show 'Koffee With Karan', Khan was even credited for being the path breaker and heralding a new wave in the Hindi film industry by disassociating himself from those accused and thereby setting an example. Actors Akshay Kumar and Hrithik Roshan had followed suit as both publicly disassociated themselves from Sajid Khan and Vikas Bahl - directors of their upcoming films accused of sexual misconduct.

With big names supporting the movement, it seemed that Bollywood had finally got its watershed moment and one had hoped that the rampant abuse of power in exchange of sexual favours in the film industry would finally be coming to an end.

A year later, things seemed to have digressed. Aamir Khan is back on board in 'Mogul' with Subhash Kapoor as the director. While the announcement was greeted with excitement by actor's fans, one can't help but wonder whether Khan's move earlier was just hogwash.

Khan in an interview to a daily on Tuesday stated that he realised that Kapoor was out of job after he stepped out of the project. "I couldn’t sleep at night because I used to constantly feel that my actions have inadvertently caused a person, about whose guilt I have absolutely no idea, to lose his right to work and earn a livelihood," said Aamir.

On Tuesday, Anu Malik, another celebrity accused of sexual misconduct by singers Sona Mohapatra and Shweta Pandit, made a comeback on popular singing reality show 'Indian Idol' as one of the celebrity judges. Malik had to step down last year when his name had come up with other prominent figures in the offenders' list.  Just like Malik, Vikas Bahl was credited for his work as a director on 'Super 30' after an 'internal committee' gave him a clean chit- weeks before his film 'Super 30' was to release. So was Nana Patekar who was given the clean chit by Mumbai Police earlier in June this year.

In fact, Tanushree Dutta's 10-year-old case of sexual harassment on film sets 'Horn Ok Pleassss' had spearheaded the #MeToo campaign in India. Dutta, who has since then taken a break from films,  had accused Patekar of sexual harassment on the film sets- a fact that was corroborated by journalist Janice Sequeira who was present on the sets when the incident had taken place in 2008. Yet, 11 years down line, with enough video evidence as well as eye witness accounts that proved Dutta right, the Police decided to shut the case after a preliminary round of investigation.

What changed in a year so much that those who were outed for their behaviour, have suddenly got validation from those who matter?

Going by the recent cases, fighting a sexual harassment case seems to be a lonely battle where the perpetrators are often validated by those in power and the victim/survivor is often left alone to fend for themselves. They may cry hoarse proving their truth but they get minimal support from the judiciary or the society at large.

Celebrities like Aamir Khan, Hrithik Roshan yield a lot of influence on the public thanks to their films and the huge fan base. Cases of sexual misconduct are perhaps the most sensitive of them all and celebrities backing in some way those who are at wrong proves that how the climate for change is not really conducive in India.

In Hollywood,  the #MeToo movement got prominence in 2017 when film producer Harvey Weinstein was accused of sexual harassment and rape by multiple women. Other prominent names like Bill Cosby, Kevin Spacey and R Kelly were also named as perpetrators. Spacey was in fact replaced from 'All The Money In The World' by Christopher Pummer soon after the case came into light. Spacey had already shot 90 per cent of the movie when director Ridley Scott decided to replace him in the light of the accusations against him.  Cases against all these men are still on trial and Hollywood has consciously tried to distance itself from them. But that doesn't seem to be the case in India.

Ajay Devgn, the producer and lead actor of 'De De Pyaar De' did not feel the need to replace Alok Nath even after TV producer Vinta Nanda gave a detailed account of how Nath had raped her 20 years back. The Cine Artist Body may have banned Nath, but it has not stopped makers from casting him in films.

Has the #MeToo movement been reduced to a token service in India? By working with those accused, aren't actors and producers questioning the truth of the victims?

Aamir alleges that he and Rao spoke to several women who have worked with Kapoor in the past who have stated that he has been at his best behaviour and speaking to these women assured Khan to get back to the project.

Even if a person has had a spotless record, does that give him the leeway to misbehave with an individual and should one be pardoned for one slip? Should a one-off case be discredited? Shouldn't a proper investigation take place before a clean chit is given?

Aamir Khan may have his reasons of getting back to the project but it still sets a wrong example for those who may look up to him and others like him for support and justice. By agreeing to be a part of a film made by a man accused of sexual harassment, Aamir has not only failed the victim but several others who may never speak up knowing that the outcome would not be in their favour.

Women have been marginalized in society since time immemorial. Victim blaming has been part of the culture since eternity. But perhaps now is the time to step up. The #MeToo movement may have given women the voice to speak up but as a society, we still need to take giant leaps to help, support and give strength to those who have been wronged.