A new world of multilateralism 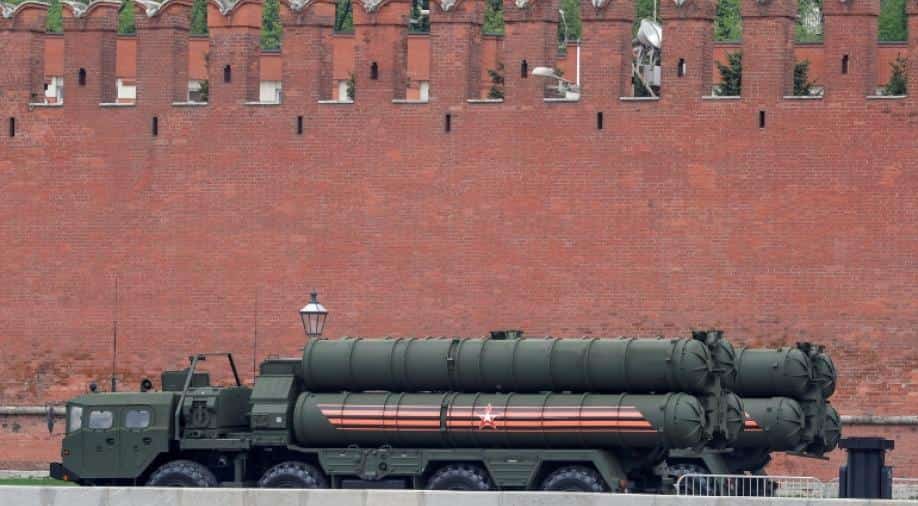 The S-400 deal may escape CAATSA but this is not the last Indo-Russian deal; shortly more deals for mechanised warfare equipment and helicopters are likely on the cards. Will each attract a coercive US process to put these off?

For the better part of a week, Indian media and strategic circles have been obsessed with the S-400 Russian air defence (AD) system; even the Rafale deal was forgotten. There was reason to be so; after all, photographs of the barrel-shaped tubes atop massive automated platforms have long dominated the glossy visuals of defence technology magazines and journals the world over. Now India is buying systems to equip five regiments equivalent for a breath-stopping sum of Rs 40,000 crore. It is considered to be one of the biggest single equipment defence deal.

The surface-to-air missile-based AD system, also called Triumf, is designed to destroy air attack and reconnaissance means, including stealth aircraft, and any other aerial targets amid intensive counter-fire and jamming. Not since the advent of the Soviet SAM 6 missile system in the 1973 Yom Kippur War has an air defence system so revolutionised the defence against aircraft, drones and missiles. Even the US Patriot, now reasonably dated, does not have the aura of the S-400. How will it be tactically deployed is for operational commanders to decide but no AD system is foolproof and the reports on the predecessor equipment, the S-300, from the battlefields of Syria are none too laudatory even within Russian circles.

Even as S-400 was under obsessive discussion, a couple of international geopolitical trends could set the foreign policy agenda for the next couple of months. It became obvious that despite the Indo-US 2+2 Dialogue on September 6, 2018, there was no assurance that a waiver to the US legislation, Countering America’s Adversaries Through Sanctions Act (CAATSA), would be forthcoming for India while it continued the process of purchasing the S-400. President Trump has given a veiled threat too. For India, a concretised entry into any strategic relationship with little scope for flexibility has never been a part of its strategic thinking. Balance and multilateral approach has been the hallmark of its foreign policy for some years now and that needs to continue. However, in a world increasingly entering into a virtual second Cold War, it isn’t easy remaining neutral and pursuing your own national interests; these may well go counter to someone else’s interests. The S-400 deal may escape CAATSA but this is not the last Indo-Russian deal; shortly more deals for mechanised warfare equipment and helicopters are likely on the cards. Will each attract a coercive US process to put these off? Much will depend upon how India balances and fine tunes policy and dealings. However, going by some imperatives in Indian strategic interests, it appears that India will be treading on US toes once too often.

The question of Iran is going to come up very soon. Although it is learnt that India has arranged to lower its energy imports from Iran, at the same time it is also considering going ahead in defiance of the US diktat. It is looking at Chabahar and the future of the north-south link along with Iran and Russia. India’s strategic interests in Afghanistan, Central Asia and Eurasia are hugely served by Chabahar and retention of Iranian goodwill is a virtual necessity. That is going to be more than just challenging.

When it comes to economics and trade, can India afford to spurn the opportunity of the contemplated increase of its current $140 billion trade with the US to a whopping $500 billion by 2025. The Indian growth story, so necessary to take a larger segment of the population out of poverty, will be well served by such high trade levels with a developed economy. Besides that India needs the US for technology for many areas to include cleaning its environment, improving transportation and enhancing levels of education. It is not as if the US would develop an animosity towards India for the latter’s acts against US interests but it would endeavour to limit India’s support and cooperation with US adversaries. India would then continue playing this awkward game which appears to be becoming a compulsive norm for the future. Multilateralism could still go askew, event to event.

An issue which could draw much focus in the near future is the deteriorating perception about China’s Belt and Road Initiative (BRI). What was touted as an economic outreach to lesser developed regions is now being looked upon as an instrument of coercive debt diplomacy for strategic gains. The effects are already telling in the re-negotiations sought by Malaysian Prime Minister Mahathir Mohamad. Even Pakistan Prime Minister Imran Khan is slated to take up this issue in his first official visit to China; to convert the scope of CPEC to the creation of jobs and strengthening of agriculture rather than construction of motorways. Already under pressure from US initiated trade war China’s strategic confidence could be dented through more re-negotiations of the BRI projects; after all BRI is President Xi Jinping’s flagship concept for China’s strategic expansion and connect. That could bring uncertainty in the strategic environment in which actions such as the recent near clash in the South China Sea between the PLA Navy and the US Navy, during a routine ‘freedom of navigation’ sail out, could trigger something much more serious.

This is equally true for Sino-Indian relations which after Doklam have remained stable yet tense despite some fine balancing done by both sides through the Wuhan summit, the Qingdao meeting and subsequent flurry of high level exchanges. With India showing greater resolve towards maintaining a strong commitment to Russia, the message could only be positive for Sino-Indian relations too. However, the last few weeks have also witnessed 14 transgressions by the PLA in Ladakh’s traditional areas where these occur; four more took place at the Uttarakhand border. China’s dented strategic self-perception arising out of the perceived lack of success of the BRI could lead to such transgressions becoming triggers leading to stand offs.

Lastly, in multilateralism it’s important to keep projecting the pursuance of national interest as the central theme because there will be a seasons for each partner during which others will perceive ill-will. A meeting of the Quadrilateral of Nations or a Malabar naval exercise will always give opportunity to China to resent the equation. It is something India will have to learn to live with while enhancing its own comprehensive national power to meet its national security objectives.

Wuhan virus outbreak: Did China cover up the crisis?