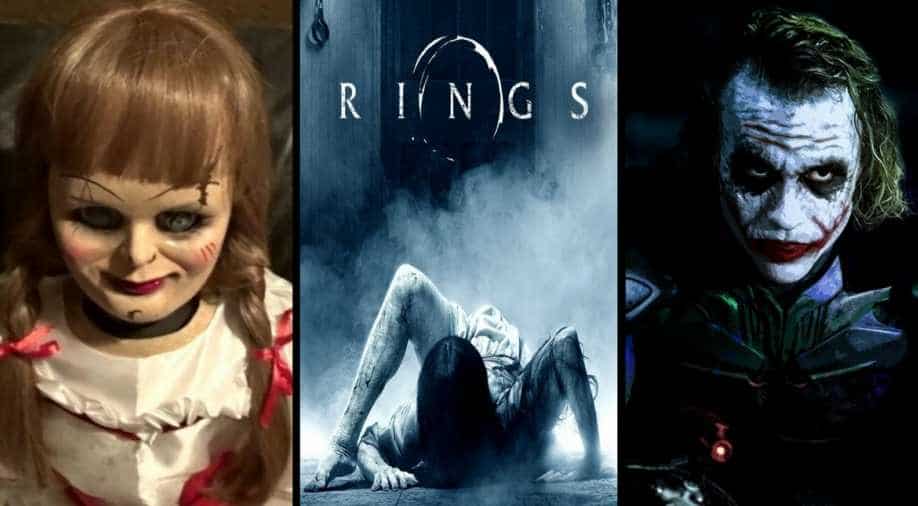 These days, there’s a lot to be anxious about. There’s a lot to fear. There’s the environmental wreckage that’s increasingly evident around the world, the fragile state of our political systems, the mutating virus making the very air we breathe dangerous.

It’s perhaps no surprise that a horror renaissance has happened in film over the last decade. If many other aspects of one’s day are a running list of terrors or involve creeping dread and consuming paranoia, then the eyes and mind, already accustomed to that, will expect it from whatever page or screen they land on.

In 2016, Victor LaValle’s novella “The Ballad of Black Tom” showed racism and institutional violence through the lens of Lovecraftian cosmic horror (while pushing back against the racism and xenophobia built into H.P. Lovecraft’s original work). The year after that, Jordan Peele’s horror film “Get Out” literalized the oppression and occupation of Black people. As Americans have taken to the streets to protest police violence, a raft of films and shows have explored the horrors of the nation’s racist history, culminating recently in “Candyman.”

On Friday, there’s the release of “Halloween Kills,” which adds to the 43-year-old franchise. We’re all still watching the religiously tinged “Midnight Mass” on television, and the bookshelves are bleeding this year from Chuck Wendig’s “The Book of Accidents,” about a dark past that continues to haunt, next week’s collection of tragic tales “Ghost Sequences” by A.C. Wise and “Nothing but Blackened Teeth” by Cassandra Khaw, a story, in part, about soul-sucking relationships.

Horror fans have always known that the genre is more than a nightmare carnival. Horror is, and always has been, in dialogue with the anxieties and fears of its time. During the Great Depression, the misery and economic strife were embodied by monsters from literature and folklore, as Dracula, Frankenstein’s monster and the Mummy made their way across the movie screen. In the 1980s, when paranoia about the Cold War and fears of nuclear winter reached a fever pitch, a slate of suburban terrors assured us that our insecurities were valid, that we were not, in fact, safe in our homes. Enter Jason Voorhees, with his machete and hockey mask; Michael Myers, with his mechanic overalls and chef’s knife; and Freddy Krueger, with his fedora and very sharp fingers.

But horror doesn’t just reflect our fears and anxieties back at us. It also helps us process them. Horror is a fun house mirror everybody can use. It exaggerates, distorts and distills whatever it is we’re trying to work through, then delivers it back to us as entertainment.

Horror can offer comfort, can offer solace. Not because it’s an accurate representation or dramatization of our turmoil — who’s that intentional with their media consumption? — but because horror comes packaged for us in 400-page novels, in two-hour movies, in stories that end. Whether those books or films end happily or not, they end. For all of us who sense no end to our own daily horror stories, that’s what’s important.

And even amid the jump scares and houses that are obviously haunted, horror can get you thinking, can get you talking. That’s the key to what horror can do. Horror can shine a light on things we’d rather ignore, can confront us with our failings. Horror can challenge us to do better. “Get Out” didn’t solve discrimination or racism — Black people are still dying in traffic stops — but it did, at least for a couple of hours, make a lot of people see the racism that lurks beneath even the most liberal-seeming facades. And that’s success. That’s art.

Every horror story, whether an ecological disaster or a vampire encounter, a haunted house or a plague, is basically a long, dark tunnel that the story’s “final girl” is trying to survive.

It’s terrible in this tunnel, no doubt. The cars she clambers over are coffins. There are unnatural creatures shrieking from the ceiling. The walls are crumbling and seeping and maybe even undulating, and this muck she’s having to wade through is noxious, but — but way down there, through the dark, almost too distant to see, so far away that it has to be taken on faith that it’s actually there, is a point of light.

That’s where she’s headed. The light might be a train, or some monstrous angler fish (horror writers can be cruel like that), but struggling ahead toward that light is what a horror story can gift you.

Never mind that this virus keeps reaching back for variant after variant. Never mind that our politicians are so entrenched in their camps that the common good is just a dim memory. Never mind our monstrous ecological footprint.

In the long, terrible tunnel of her horror story, our heroine keeps struggling ahead, placing one foot in front of the other. Despite the damage, the terror, the hopelessness, the pain, despite her friends and family falling all around her, our heroine does that thing that humans are so, so good at: She keeps going.

If she can struggle on against those insurmountable odds, then, well — so can we, right?