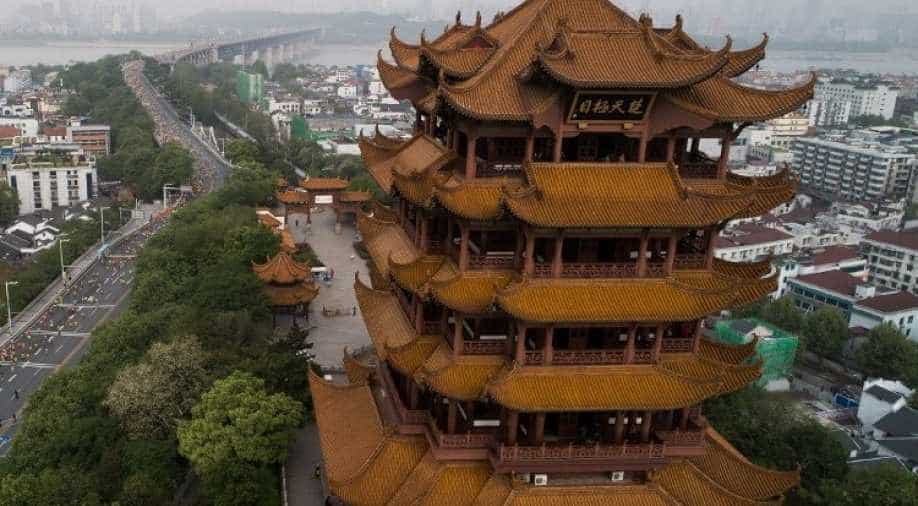 Wuhan never forgets anything. Every tragedy becomes a part of its history and strength.

Historically, settlements have flourished on river banks. By that distinction, Wuhan can rightly be called the cradle of the Chinese civilisation. After all, the city sits on the confluence of the two mighty rivers- Yangtze & Han.

Today, Wuhan has become famous or rather infamous across the world as the epicentre of the deadly coronavirus. But before December 2019, the city was renowned for being at the centrestage of China's history.

For hundreds of years, kingdoms across China battled to gain supremacy over the fertile plains that formed modern-day Wuhan and its surrounding areas in Hubei province.

One of the most crucial battles in Chinese history was fought near Wuhan. The Battle of the Red Cliffs (208 AD) triggered the downfall of the formidable Han dynasty.

Its geography came both as a boon and a bane. A major city in imperial China, it lured famed poets and artists from across the world.

But its strategic position also put it at the frontier of attacks by invaders, most notably by Mongol ruler Kublai Khan in 1271.

However, Wuhan continued to flourish and over the years migration from all over China, turned it into a truly cosmopolitan city.

Wuhan reached its zenith in the 20th century when China was going through a period of change as well as turmoil.

China had embarked on the path of modernisation while several colonial powers scrambled to gain control over its vast resources.

It was in the year 1911 that Wuhan's name was forever etched in modern China's history.

The city's military garrison rebelled against the Qing dynasty. Despite all its might, the imperial army was unable to quell the uprising which was inspired by revolutionary leader Sun Yat-sen.

The Wuchang Uprising as the rebellion was called, sparked the Xinhai Revolution which led to the end of the imperial rule and establishment of the Republic of China in 1912.

Wuhan served as the headquarters of the left-wing Kuomintang (KMT) government in the subsequent years.

1930s & 40s came as the most challenging decades for Wuhan. But it was also in these years that Wuhan became renowned globally for its resilience to natural calamities and wars.

Thousands of refugees took shelter in Wuhan as the Yangtze River flooded twice in 1931 and 1936. Even as Wuhan was recovering from the disaster, another catastrophe struck.

The world's attention was now on Wuhan which had become a symbol of wartime resistance.

According to Stephen R. MacKinnon, the author of 'Wuhan, 1938: War, Refugees, and the Making of Modern China', what made Wuhan exceptional was weak government control over the press and society.

It comes a major contrast to the present-day lockdown in the city, with several reports claiming forceful quarantines amid media censorship.

Despite the restrictions, Wuhan never forgets anything. Every tragedy becomes a part of its history and strength.

The city emerged as one of China's biggest metropolitans in the years following World War II, even as it tried to grapple with the aftermath of an attack by American forces in 1944.

The spirit of Wuhan's residents has been immortalised in the words of British poet WH Auden, who travelled to the besieged city during the Second Sino-Japanese War.

Referring to the frequent floods in the city, Auden wrote, "When the river shifts its course, they learnt how to live well, though ruin threatened often."

Socio-political implications of a coronavirus pandemic